An eruption of sizzling volcano drone flights from Iceland 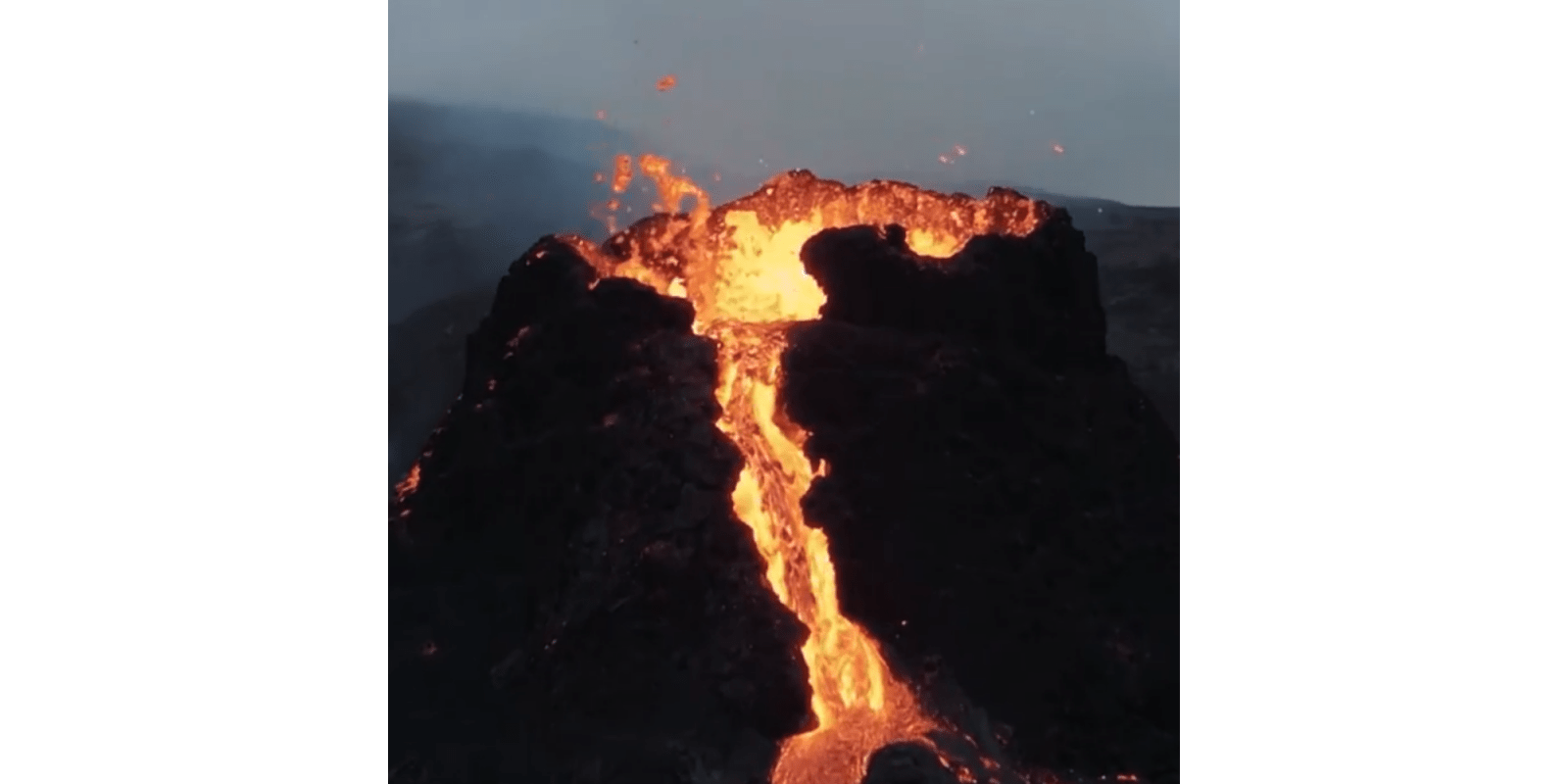 It’s not every day that a volcano erupts close to home. But with the fiery eruption of the Fagradalsfjall volcano in Iceland, FPV pilots are taking advantage of this exceedingly rare occurrence. And it’s producing videos like we’ve never seen before.

I’ve actually climbed up an active volcano before. It wasn’t gushing lava at the time, but there were plenty of spots where it was oozing out pungent sulphur. You actually don’t want to hang around these spots very long because some of the fumes can be super toxic. And with something more active? Well, you simply want to stay away.

But an FPV drone? Well, that opens up a whole new world.

Most volcanoes just sit there, dormant – and often for centuries. But at some point, the magma starts to churn and the pressure builds. And that’s when we get a spectacular, and hopefully not dangerous, light show.

Danger here is the key word. You simply do not want to get close to a volcano that’s spewing lava. And that’s why most of the footage you’ve seen of these things is either taken by a ground-based photographer with a really long lens, or else from a helicopter. And even then, flight restrictions are often put in place around erupting volcanoes.

With an FPV drone, or even a non-FPV model, suddenly things open up. You can start your flight from a safe distance away while still monitoring precisely what the drone is seeing. You can choose a variety of angles to capture the sight. And, best of all, you can do so safely. In fact, the only thing at risk here is the drone itself. Documentary director Werner Herzog produced an incredible documentary that made use of drones at multiple locations around the globe. I interviewed the pilot for that series, who was flying an Inspire 2 into some pretty hair situations. Here’s the trailer:

This eruption in Iceland is only about 20 miles (32 kilometres) from the capital city of Reykjavik. And it wasn’t long before some of the city’s FPV pilots decided this was the opportunity of a lifetime. (Well, actually many lifetimes, since it last erupted either 900 or 6,000 years ago, depending on which news source you trust.)

DroneDJ‘s David MacQuarrie was quick off the mark, posting this story about one of the first FPV flights to emerge. Since then, a coupe of other great ones have come to our attention.

The video Dave wrote about was amazing, but there are some other stellar videos on Instagram at the moment. Check out this one, from Iurie Belegurschi:

And another, from the same pilot:

Asa Steinars is a female photographer and drone pilot. And she carried out a nice little orbit, complete with some THX-worthy audio styling:

Here’s another, this time from Chris Burkard:

And finally… this little gem from gardarolafsphotography:

If you’re interested (and why not?), here’s an interview with the drone pilot who captured the amazing footage Dave featured. His name is Bjorn Steinbekk:

Reports from Iceland indicate that the volcano is already starting to settle down, meaning that the opportunity for drone pilots to capture this won’t last forever. But it’s a thrill to see what they’ve been able to capture. And, as far as we know, no melted drones.