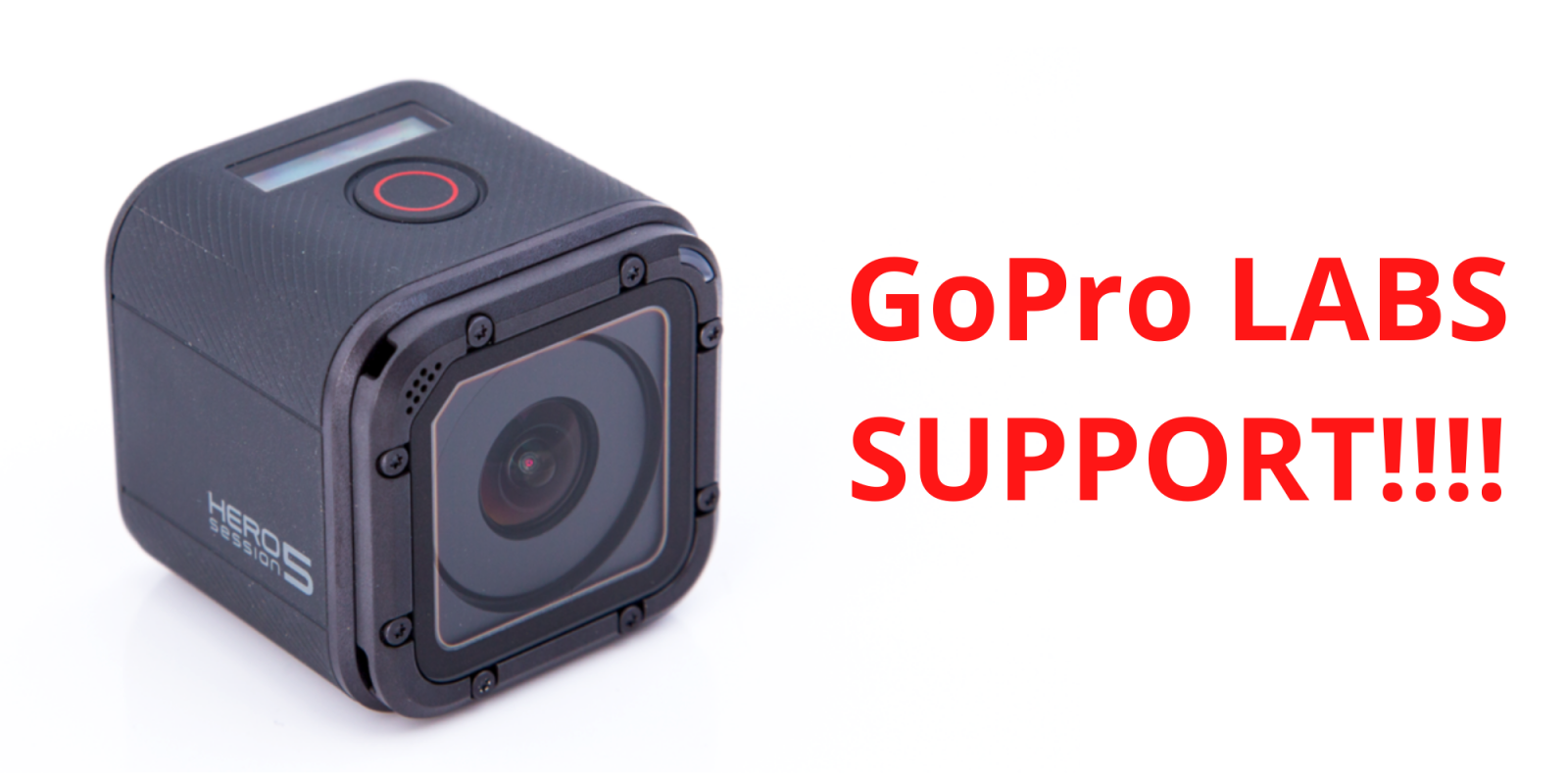 We’ve all been there: Fiddling around with settings on an action camera to ensure you’ve got the correct function enabled and that you’re recording. When you’re already going through a mental checklist prior to a First-Person-View drone flight, twiddling around with a camera is perhaps the last thing you feel like doing. If only there were a simpler way.

Oh wait. There is.

Some companies like to sell you a product and wave goodbye; companies like GoPro like to see creators get the absolute best experience from its products. Its Support Hub, for example, is a tremendous community resource for the GoPro creators. The Hub is filled with helpful articles, tips, discussion threads, and more. If you want to get the most from your camera and connect with others doing cool things, it’s the place to go.

But GoPro does even more.

This is part of that amazing Support Hub. And here’s a snippet from the GoPro Labs page, offering a snippet of what it’s all about:

“GoPro Labs is a way for GoPro gurus, superusers and forward-thinkers to experience some of the experimental features we’ve been testing out on the HERO9 Black and recent cameras,” it states. “Don’t think of it as a beta experience, though. Think of GoPro Labs as an insider look at innovative features our top engineers are playing with. Plus, it comes with the keys to unlock these features on your own GoPro.”

What kind of features? Well, how about getting your GoPro to do things simply by showing it a QR code on your phone? Pretty slick. Now, if only GoPro Labs supported the Hero5 Session, a camera that has a simple form factor favored by many FPV pilots.

That’s right. GoPro has extended support from GoPro Labs to the Hero5 Session! That means, even though it’s an older camera, you can now unlock some cool lab features. Here’s what GoPro has to say, as its marks the first anniversary of GoPro Labs:

The program launched in May 2020 to give GoPro gurus and superusers access to unreleased, experimental camera features that GoPro engineers have been playing with. Since then, we’ve seen some magic created using the QR code-enabled features that GoPro Labs unlocks. And we even saw some of the original features, like Scheduled Capture, make it into the official firmware for HERO9 Black, which launched later in 2020. And today, the list of supported GoPro cameras is also growing with the inclusion of HERO5 Session. HERO5 Session will now benefit from many of the QR code-controlled commands that GoPro Labs unlocks.

Tell us about the features!

Sure thing. They include:

That’s awesome news. To get started, you’ll need to install the latest GoPro Labs firmware, available here. You’ll soon be playing around with QR Codes and other features. Best of all? It’s simple. Have a look:

We love seeing developments like this — which make for a better user experience and arguably make even an older product feel current. Too often, we see companies focused solely on their latest and greatest, sometimes abandoning firmware upgrades for older products. The combination of GoPro’s Support Hub with GoPro Labs is a powerful combo that demonstrates excellent customer service and community building. Well done.