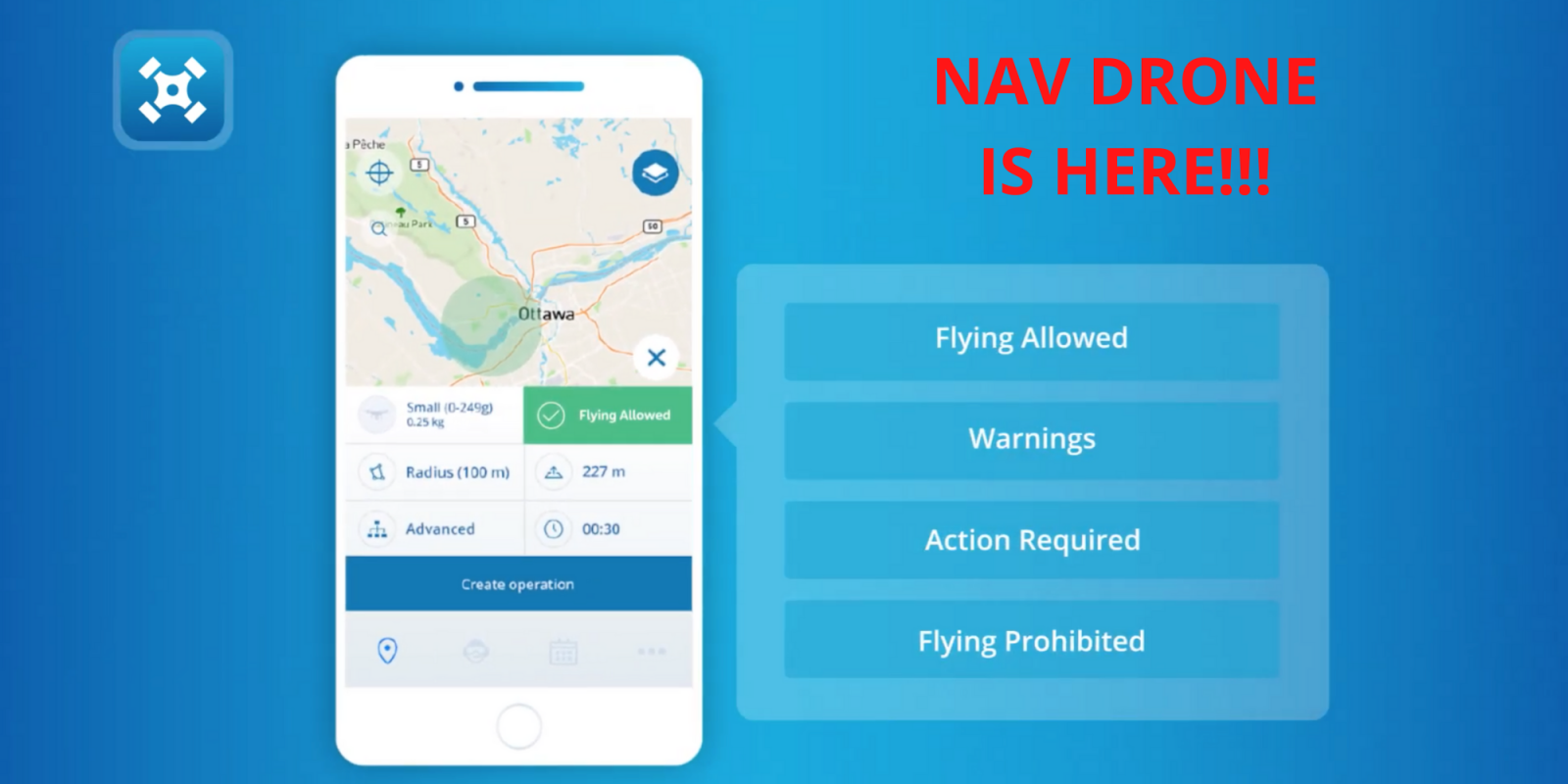 Drone pilots in Canada have a new tool at their disposal. NAV Canada, the country’s air navigation service provider, has released a new app that will allow pilots to quickly tell where they can and cannot fly, as well as offering a rapid approval process for flights in controlled airspace.

There’s been a lot of anticipation around this app, which is called NAV Drone and is now available on the App Store and Google Play. Though there are other apps round for helping to identify controlled and uncontrolled airspace, this is the first that will integrate a direct pipeline to NAV Canada when your operation requires permission.

Despite the fact that RPAS (Remotely Piloted Aircraft System) is the official term in Canada, NAV Canada has gone with the more colloquial term. And really, who cares as long as it works?

The app has been developed in concert with Unifly, a leading software UTM company in Europe. And it’s going to be a “must-have” tool for recreational and commercial pilots, especially those with an Advanced RPAS Certificate seeking flights in controlled airspace. The app comes in iOS and Android versions, and there’s also a web-based app.

NAV Canada has done a nice job online of laying out the capabilities and benefits of the new app, as well as how to use it. Specifically, it has produced a number of videos to walk you through the process. Rather than have it filtered through us, let’s get it straight from NAV Canada.

Here’s an overview of what the NAV Drones app does:

You start by registering. Unfortunately, this critical first step didn’t work for me – I didn’t receive a confirmation email to click. Hopefully you’ll have better luck. Here’s how you start:

As you’d expect (and as some other existing apps already do), you can explore Canadian airspace to determine if the area where you’re flying has controlled or uncontrolled airspace. Again, the UI is very clean here, and something that would be easy to do quickly in the field – or use for planning a location in advance of a mission:

The app has a number of really useful features. But we suspect the most popular feature will be using it to obtain Authorization from NAV Canada to operate in Controlled Airspace. This has previously been an online process where you fill out a form and wait for a response. To its credit, NAV Canada has been pretty quick to respond to these requests. But, as the number of drones continues to climb, this is a process that we assume was starting to use considerable manpower/resources.

The new App lets you submit a request (once you’ve inputted flight details) directly from the App to NAV Canada. If there are no issues with your planned operations and everything else is in order, you should receive approval almost immediately. If there are still some details that need to be clarified or potential issues with your mission, you’ll quickly learn why and be able to modify your mission to meet NAV Canada’s criteria.

It’s worth pointing out that with the release of NAV Drone, the old way of doing things with NAV Canada is rapidly coming to an end. Here’s what NAV Canada has to say on that:

It’s great to see this tool for Canadian drone pilots. We encourage all users to download and familiarize yourself with the app as soon as you can. Trust me, it will make your life simpler, contribute to safer skies, and keep you on the right side of the law.