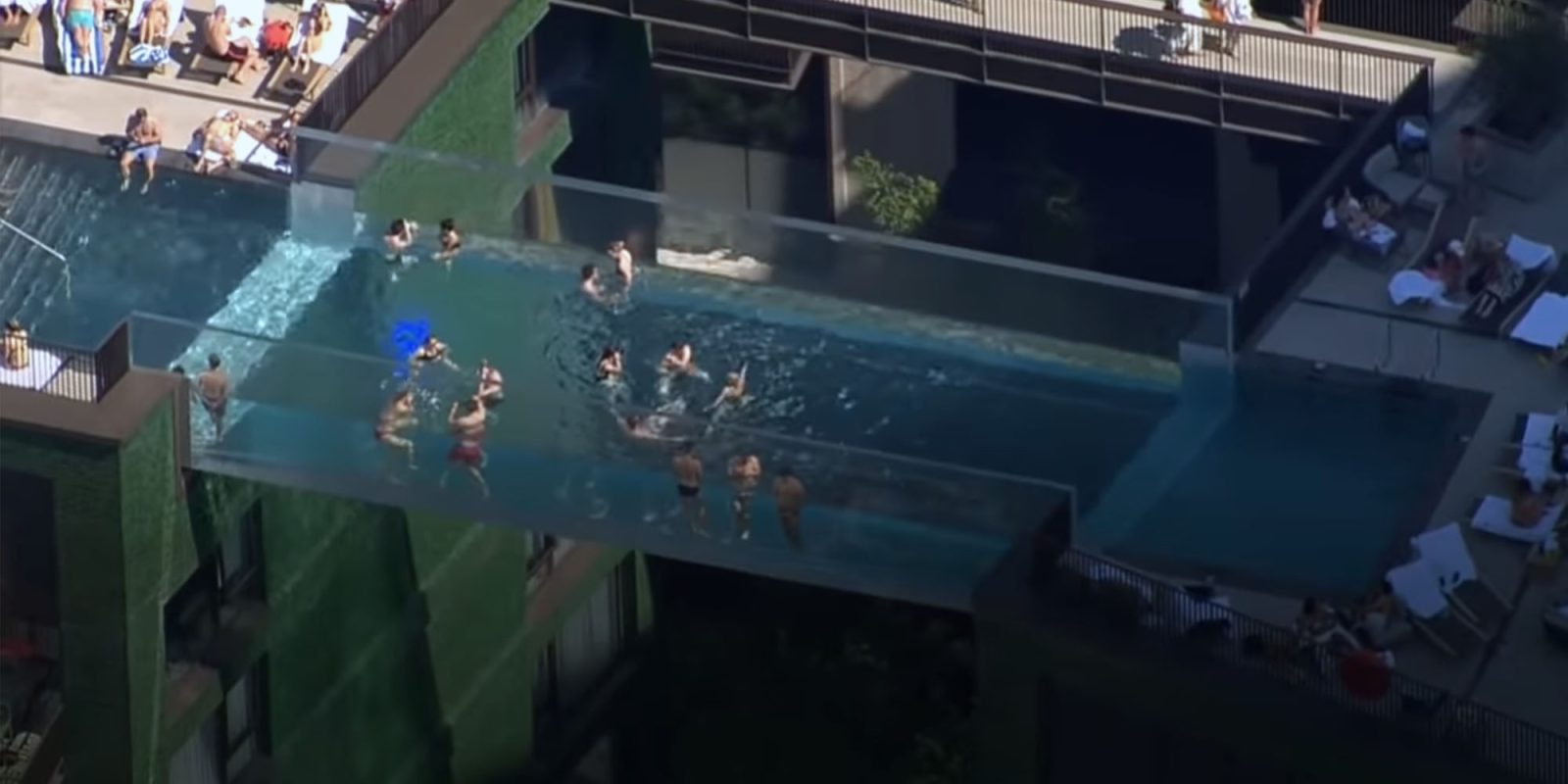 Swimming ten storeys high in a transparent pool open only to residents of an apartment complex where rents start at £1,800 a month is a new way to get soaked, alright. Watch this drone video of London’s startling sky pool.

Thirty-five meters in the air, the residents of the Embassy Gardens beat the frightful British heat in an equally frightful fashion. A 25-meter-long crystal clear pool straddles two buildings of flats. It’s the work of architects Arup Associates, aquarium designers Reynolds and the culmination of four years of construction.

Since swimmers can catch views of the London Eye and the Houses of Parliament, the pool is one of the most exclusive venues to take a dip in Britain.

“Dive in and there’s nothing but clarity between you and the world below. There’s no other pool in the world like the Sky Pool,” Embassy Gardens says on its website. Rents at the South London development go as high as £6,500 per month, according to the BBC.

There’s lots of skepticism on the internet from doubters who say there’s no way they would risk the dip. And there is some unfortunate precedent.

But guess what? Skeptics and most everyone else are not invited.

According to the New York Times, the pool parties will be really exclusive. Only full time residents get a key to the pool deck. Part-time residents and their guests can take the bus to Battersea since they don’t pay a recreation fee. Presumably there’s no spitting or cannonballs either.