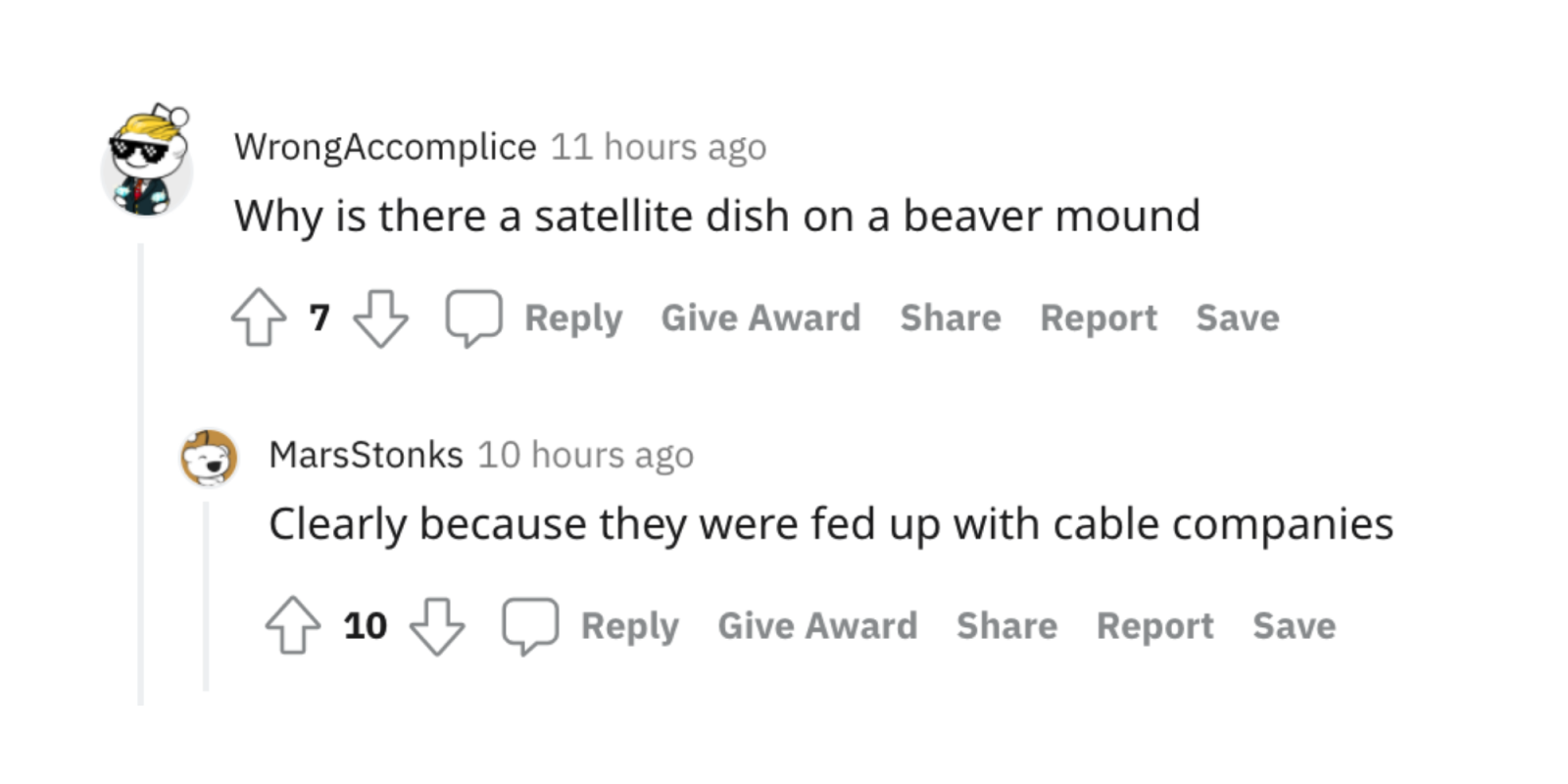 The video you’re about to see is a one-trick pony. But it’s a good trick.

We don’t think we’ve ever had a story on this site that involves beavers. And certainly never one that involves a beaver dam – or, in this case – a beaver lodge. But here we are. It’s such a short video we wondered if it was worth pulling up. But after having a chuckle at the moment of the reveal, we decided to share it.

Short fact about beavers, which we recall from research for a story years ago. They are said to be the animal capable of creating the greatest change to its surrounding environment. And think about it: Beavers chew down saplings and trees. They build dams that can drastically alter water levels. They even can dig canals. In fact, ecologists sometimes refer to them as “ecosystem engineers.”

But the lodge we’re about to see has, well, a distinct feature.

You’ve got it. Posted by user ScaryFast, the video is entitled: “I wonder if they’re watching the PPV fight tonight.”

As you’d expect, it didn’t take people long to start chiming in with some pretty clever comments. In response to the question of whether they’re watching PPV, user Evtide suggested: “I’m thinking Leave It to Beaver re-runs,” a reference to a classic television series from the old days.

But the best laughs are right here:

Seriously, why is there a dish mounted on a beaver lodge? Well, we doubt that the beavers grabbed it and placed it there. Meaning that either someone topped it on the lodge as a joke (though you really shouldn’t mess with beaver lodges), or – perhaps – some researchers have a webcam or some other monitoring device and it’s part of that system.

These are, of course, just wild guesses. But if they were watching the PPV fight, the Logan Paul-Floyd Mayweather Jr. matchup (and eight-round exhibition), they’ll know it ended as a draw.