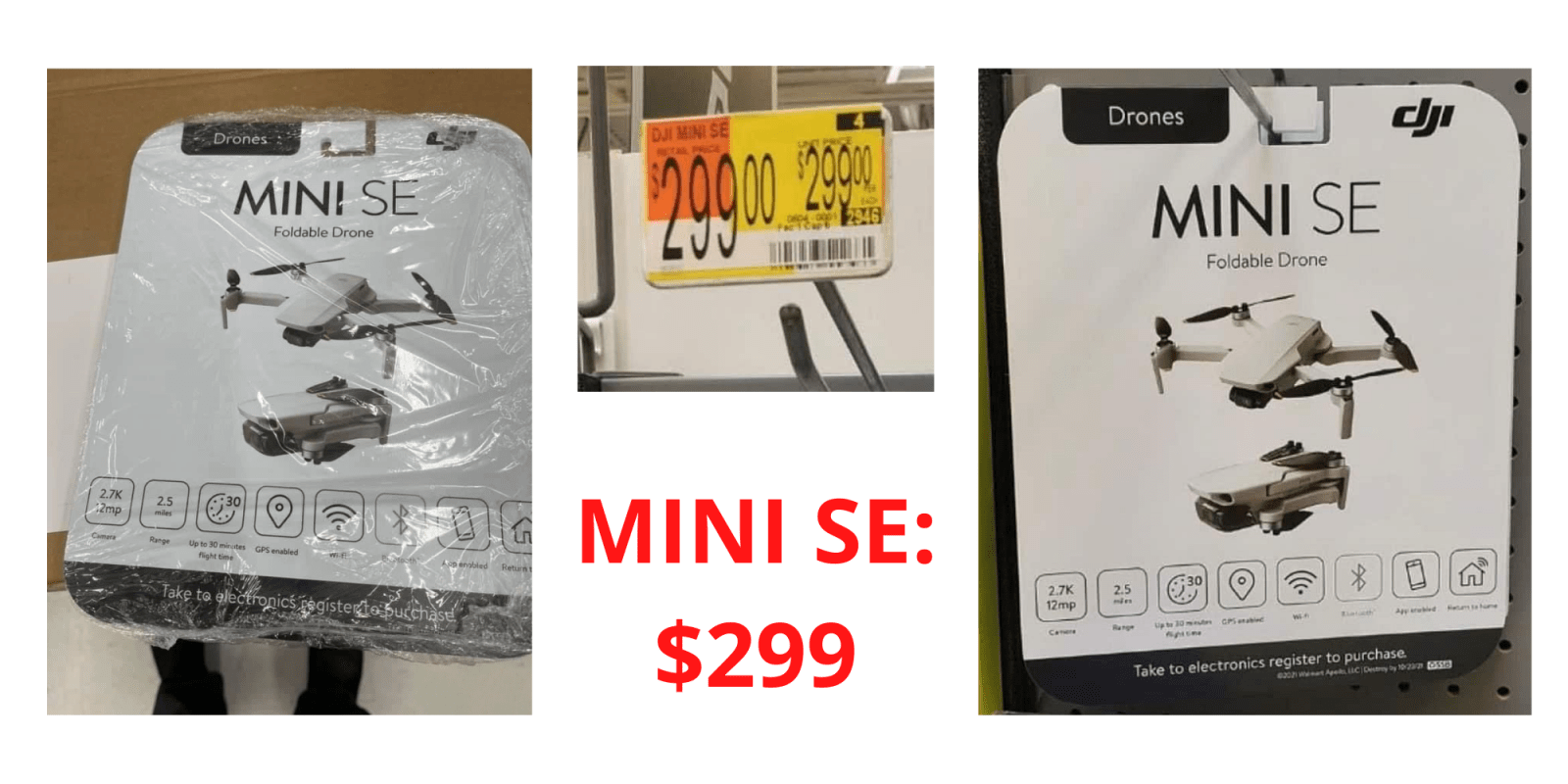 We reported on this when images first emerged. It appears that DJI has taken its original Mavic Mini, bundled it with the controller that ships with the AIR 2S and MINI 2, and wrapped it all up in budget packaging suitable for big-box retailers like Walmart and Costco.

And now…we are seeing a price.

What does the DJI Mini SE cost?

Good question, and we’re happy to answer it. According to this photo, which was posted to Twitter by @GAtamer, it’s $299.

Why the lower price?

If you’re looking for a beginner drone, this is a pretty outstanding bargain. Yes, the Mavic Mini is getting a little long in the tooth. And yes, the Mini 2, with its 4K resolution and more powerful motors, is a better drone. But you know what? The original Mavic Mini is still an excellent sub-250 gram drone that will get the job done. Plus, this package bundles it with the newer controller, which we quite like.

So this bundle is actually cheaper than buying the Mavic Mini from DJI. Plus, the DJI package comes with the older controller:

So, why would DJI package this up and sell it for a lower price? Well, the obvious answer is because it can. But we have another theory.

Demand for the original Mavic Mini is clearly on the decline. The Mini 2 is a superior product, and a lot of customers would prefer to have the latest and greatest, even if it is extra coin. It’s also pretty reasonable to assume that DJI has long recouped all of its development costs for the original Mavic Mini, so finding a new way to bundle an older product simply means more sales.

In the original photo that surfaced online, we mistakenly thought this was the product. Clearly, it’s just one of those cards you take to the cashier to have someone pull the product. You don’t usually see these wrapped in plastic, but that’s how it appears. We have not seen the actual packaging for the product, so we don’t know if it’s the same as standard DJI packaging.

Curiously, we’re not seeing it listed online at either Costco or Walmart.

But these images came from somewhere, and appear legit. If you can find it at $299, it’s a great deal.