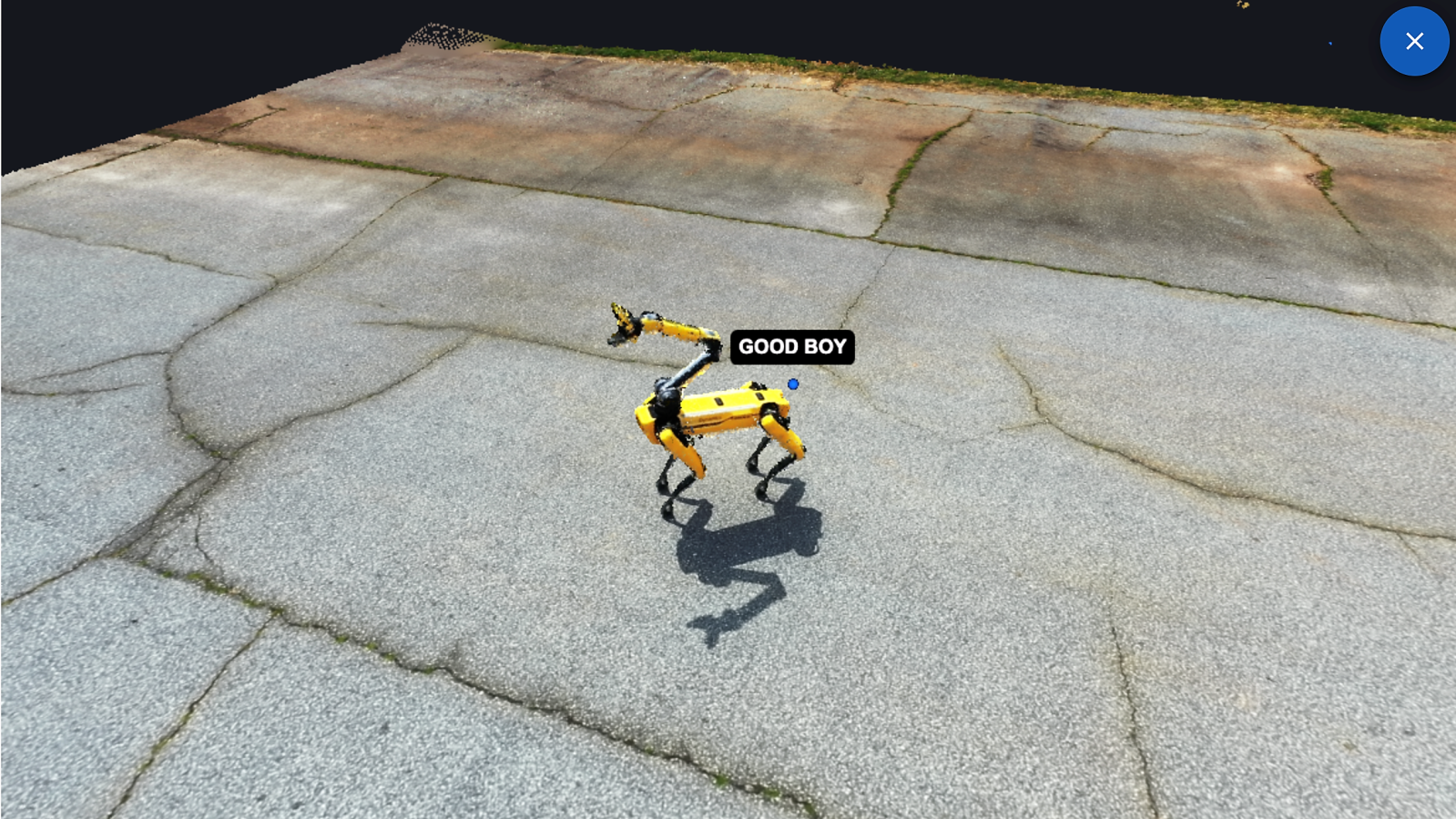 3D model of Boston Dynamics Spot, made by someone who has never flown drones before
0

You know how people use complex, sophisticated software to create 3D models from drone data? What if we told you there’s a smartphone app that can convert single 90-second videos from DJI and Autel drones into crisp, high-resolution 3D models – with just one tap and in less than five minutes?

No, you don’t need to attend special classes to learn how this app works, or take a crash course on point clouds. You don’t have to worry about setting overlaps while planning the flight, or any other parameter for that matter. All it takes is a push of a button to get a 3D model that is accurate within a centimeter.

Compatible with most DJI and Autel drones, SkyeBrowse’s iOS app allows users to create accurate 3D models within minutes, without any training.

How to make drone 3D models with SkyeBrowse

To convert your DJI or Autel drone video into a 3D model using SkyeBrowse, follow these steps:

Suggested read: This software will let you incorporate drone data into AR visualizations

SkyeBrowse is a brainchild of multiple research projects at Rutgers University funded by state and federal agencies. Unlike conventional 3D modeling software that use a technique called photogrammetry (stitching hundreds of images together) to digitally reconstruct a scene, SkyeBrowse uses a patented technology called videogrammetry.

Why video? Because it has more information. Video is a series of pictures, and by using all of the frames of the video, SkyeBrowse is able to create 3D models that often look better than photogrammetry.

But does this mean SkyeBrowse is extracting frames from videos and then using photogrammetry?

Not exactly. SkyeBrowse calculates the drone flight paths to pre-generate a 3D model. By the time you capture and upload a video, the pre-generated model is already ready and waiting. Then, every frame of the video is slapped on top of that model to make it look great.

Let’s be clear, though. The app is not just about great-looking 3D models. SkyeBrowse 3D models are accurate down to the centimeter. And the company has published white papers that compare its accuracy to Pix4D and Leica, the industry standard for accuracy.

What’s more, once a 3D model is generated, you can take distance, height, and area measurements within the SkyeBrowse viewer. You can also take screenshots of the model and annotate the model.

We tried these features using this training model and can vouch for its simplicity and ease of use.

Altering the model, however, is not allowed. Why? To comply with Criminal Justice Information Services (CJIS) mandates.

For example, in Ohio, the fire department used SkyeBrowse to map out the Cleveland Browns’ stadium for preplanning. Now, ingress and egress points are marked for actionable intel on potential terrorist attacks at the stadium.

In 2020, SkyeBrowse helped emergency services render over 2,000 3D area models. Additionally, our platform was used to map approximately 0.1% of all car crashes in the United States last year, saving over 9,000 manhours in accident investigation and drastically reducing the exposure of thousands of personnel to traffic and other hazards. The manual scene mapping that usually takes a team of officers up to 6 hours to complete is increasingly being replaced by the ease and effectiveness that SkyeBrowse offers: a more accurate area model, delivered safely and remotely, in around the same amount of time it takes to make a cup of coffee.

If that sounds impressive, wait till you hear this: SkyeBrowse now supports 3D modeling with thermal imaging drones.

The capability is limited to Autel EVO II Dual or EVO II 640T drones at the moment, but it is pretty exciting nevertheless that first responders can quickly and safely re-create accident sites or crime scenes at night.

Moreover, with this thermal mapping function, drone pilots can plan ahead for wildfires or SWAT raids, detect pipeline leaks that aren’t visible to the human eye, or even identify crops that might be getting too much sun.

This is what a SkyeBrowse-generated thermal imaging 3D model looks like:

You can learn more about SkyeBrowse here.