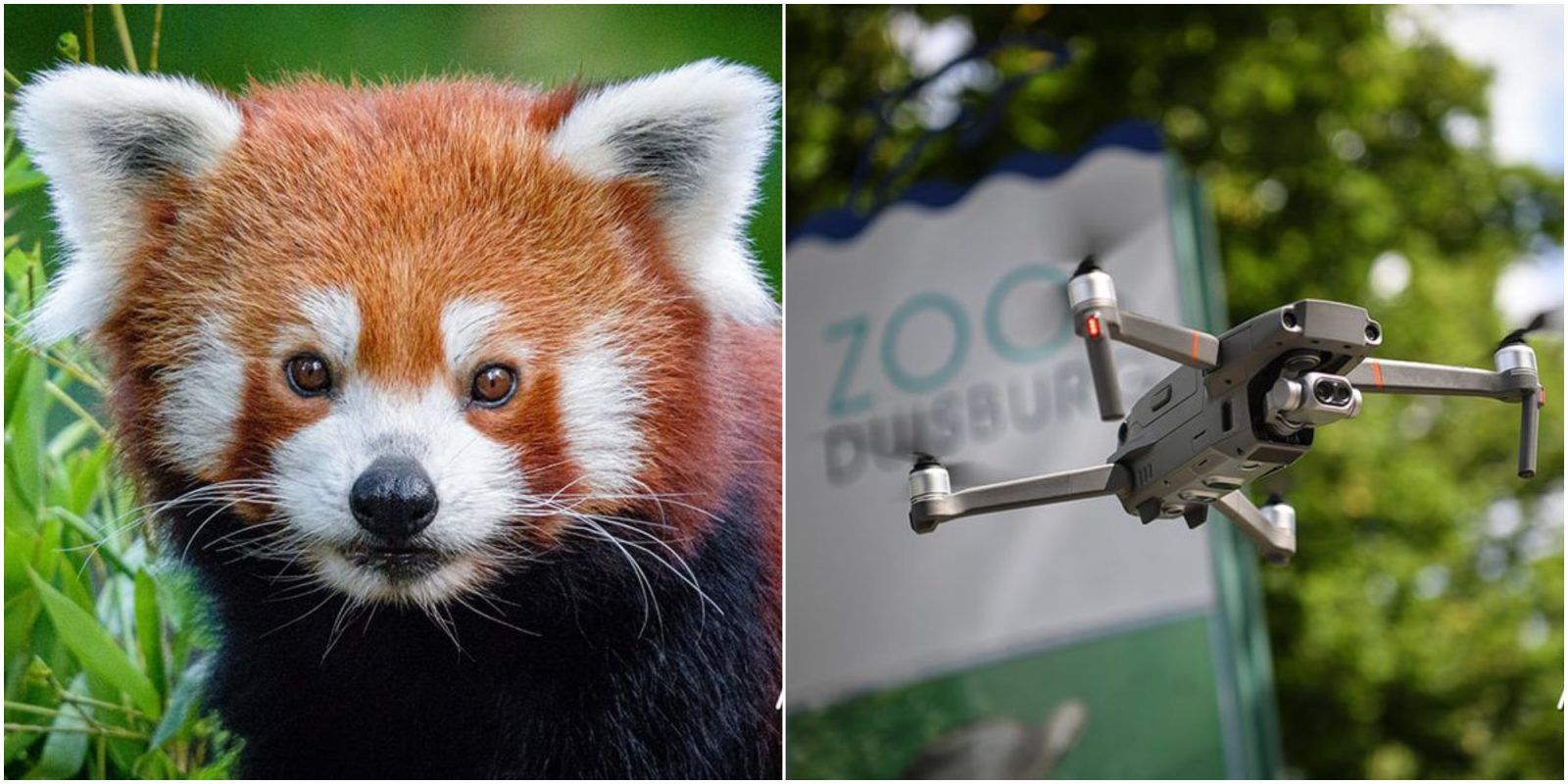 The extensive search operation went on for 36 hours. But in the end, authorities at a German zoo were able to track and find Jang, an adorable, endangered red panda – with the help of a thermal drone.

When Jang went missing last Thursday, the Duisburg Zoo staff weren’t sure whether the furry red creature – aka the mascot of internet browser Mozilla Firefox – was even on the zoo premises.

While they had their suspicions that Jang could be hiding in one of the numerous tree crowns on the zoo grounds, a Duisburg Police Department helpline number was nevertheless circulated on the internet should any passerby locate the long-tailed panda.

When ground crews with binoculars and thermal imaging cameras couldn’t locate Jang by Friday morning, it was decided to take the search aerial. And sure enough, a DJI Mavic 2 Enterprise drone with a thermal camera found the wayward animal lurking in a tree crown – and not too far from its enclosure!

Jang was rescued with the help of a ladder from the Duisburg Fire Department and taken to the vet for a checkup. He was declared well enough to return to his enclosure shortly afterward. Hurray, Jang!

Some facts about red pandas

Interestingly, the red panda is not related to the giant panda bear, which is native to China, in any way. Instead, they are more closely related to the family of skunks and weasels.

With almost 50% of the red panda’s habitat concentrated in the Eastern Himalayas, the red panda’s name is said to come from the Nepali word “ponya,” which means bamboo or plant-eating animal. The animal, however, is technically an omnivore because they also like to snack on insects, bird eggs, and such.

According to the World Wildlife Fund, the loss of nesting trees and bamboo is causing a decline in red panda populations across much of their range because their forest home is being cleared.

And with as few as 2,500 red pandas remaining in the wild, poaching and illegal exotic pet trade of these cute and cuddly animals is also on the rise.