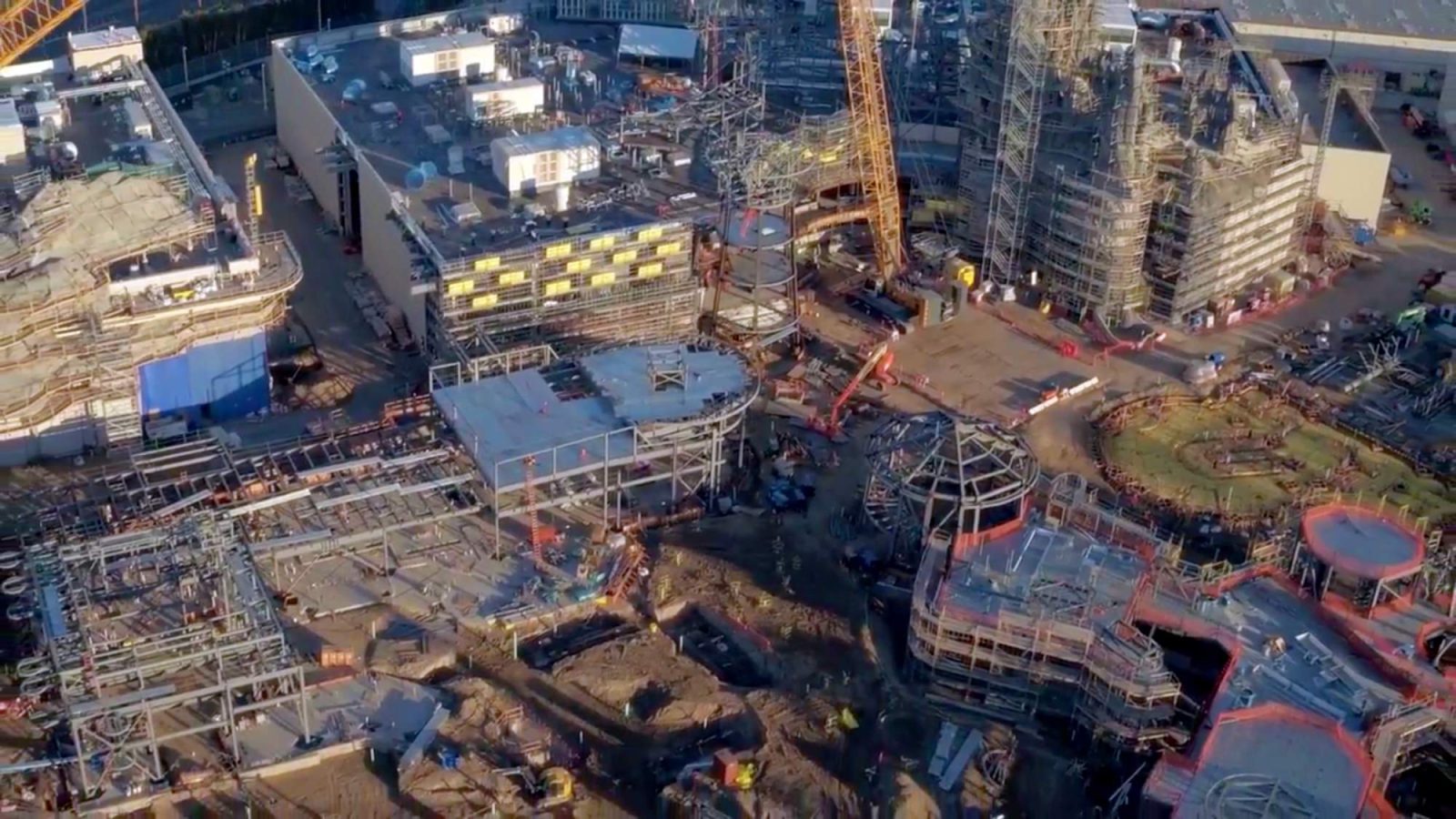 During yesterday’s shareholder meeting, Walt Disney’s chairman and CEO Bob Iger showed this drone video to provide a visual impression of the massive expansion that is underway at both Disneyland and Disney’s Hollywood Studios. The drone video is from Disneyland’s version, which will open ahead of the Walt Disney World version, of the Star Wars themed amusement park. Both parks are expected to open in 2019.