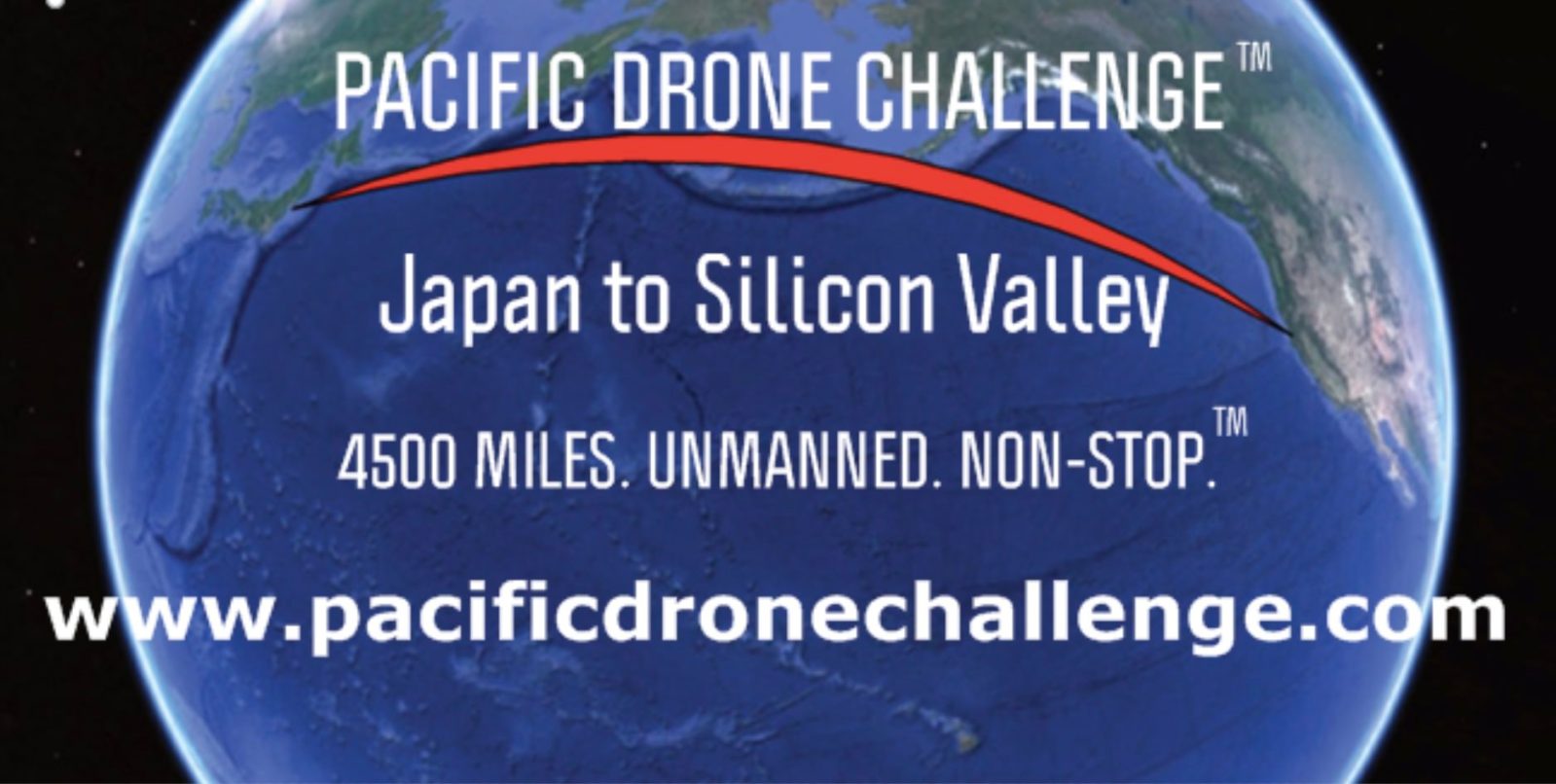 From Japan to Silicon Valley measures about 4,500 miles (7,300 km), a distance well beyond the reach of any non-military drone. Enter the Pacific Drone Challenge, tasking teams with completing the coast-to-coast crossing with an unmanned aerial vehicle without stopping for fuel.

The goal for the Pacific Drone Challenge

The goal for the Pacific Drone Challenge is to show what today’s technology is capable of doing, specifically with drones. Of course, other famous ocean crossings come to mind. Most notably the Charles Lindbergh’s non-stop journey from New York to Paris in 1927. More recently the manned Solar Impulse 2 flight, which flew around the world for a total of 22,915 nautical miles (42,438 km), making 17 stops along the route and amassing 558 hours of total flight time. Two pilots onboard the Solar Impulse took turns flying the aircraft during the entire route.

As far as drones are concerned, last year a drone made the historic first crossing over the English Channel in 72 minutes. That was achieved by Team Ocuair with a heavily modified quadcopter drone.

Fixed wing drones, however, allow for much greater distances to be covered. For instance, Facebook’s Aquila drone is expected to fly for 90 days at the time. Even though the Pacific Drone Challenge doesn’t require a fixed-wing drone design, it is very likely that the winning drone will feature fixed wings.

The Americans vs. the Japanese

So far two teams have signed up for the challenge. An American team, Sabrewing Aircraft Company from Silicon Valley and a Japanese team, iRobotics of Shinjuku, Japan. Both teams will compete to see who can make the crossing from Japan to the Silicon Valley first.

Sabrewing Aircraft Company, is building a fixed-wing quad-rotor drone with 24 electric motors to cover as much as 8,800 km (5,500 mi). The company expects the flight across the Pacific ocean to take 45 to 50 hours.

This race gives us the ability to demonstrate our system … and to make some history as well.

The Japanese team, iRobotics is holding their cards a little closer to its chest and little is known about their drone design. For now these are the only two competing teams but the challenge is open to anyone and there is no deadline. Whoever crosses from Japan to Silicon Valley first non-stop and in an unmanned vehicle will win.

Just as Lindbergh proved that flying non-stop across the Atlantic was feasible for mail and passenger aircraft, we’ll be proving that we can do the same thing with an aircraft that doesn’t have a pilot aboard.