Solar drone capable of quasi-perpetual flight tested in the Arctic 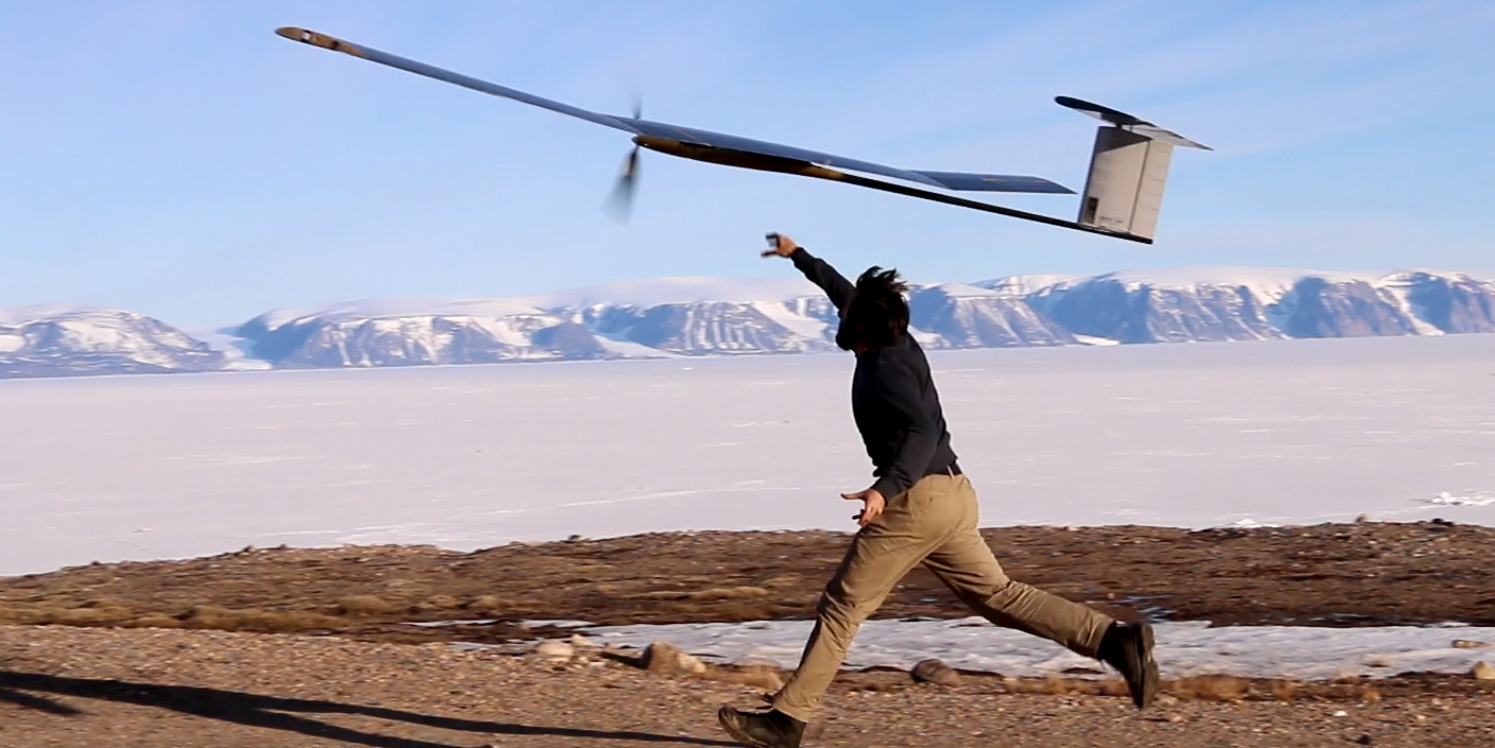 The main goal of the project from the manufacturer’s perspective was to find a practical application of a solar-powered drone that could fly indefinitely, as there’d been few real-world uses. To partial success, the group tested the ‘First-ever solar-powered flight in the Arctic’ on June 20th.

The Autonomous Systems Laboratory (ASL), the designer of the drone, and glaciologists from ETH Zurich got together to test out the newest solar-powered done model –  the AtlantikSolar – and to monitor glaciers in Greenland.

On June 20th, the first 24 solar drone test in the Arctic started. Six hours into the flight, around 1 AM on June 21st, fog rolled in. Eventually, this forced the team to interrupt the mission – 13 hours into the flight. The engineers said the drone performed well despite many hours of cloudy and windy conditions during that flight. The battery remained over 60% at landing – ASL designers think this scales to 24-hour flight.

The drone also showed its potential for commercial application. On July 3 – the AtlantikSolar, now under the direction of the glaciologist team, flew to a research area and started a photogrammetric scan. In the strongest winds the 6m/s AtlantikSolar has ever flown in – “up to 6 m/s vertical gusting and a sustained tailwind of 15 m/s” – the drone flew for 5 hours and 230 km. And landed still nearly fully charged.

On this trip a direct piece of actionable information was found:

Most interestingly, AtlantikSolar’s mapping revealed a large crevasse upstream at the front. A few days later, some glaciologist colleagues went to Bowdoin and kept monitoring the propagation of the crack, until it suddenly collapsed.

The drone seemed to meet all of the manufacturer’s set goals.

A view down the wing of the drone – solar cells in full view: 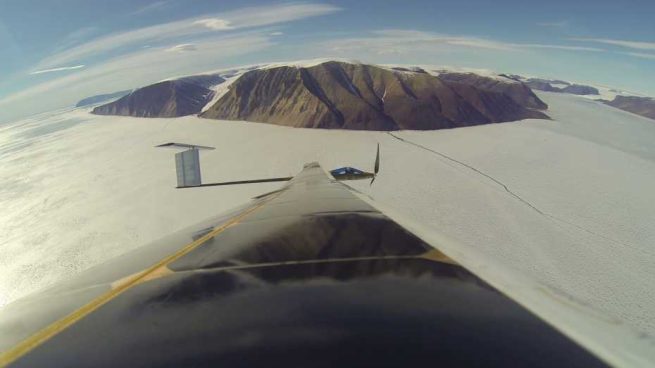 ASL’s goal is a multiday flight with this piece of hardware. One of the main drivers of this research was to find uses. The author even went so far as to state, ‘ Solar-powered flying platforms have yet to prove their real-world applicability outside of targeted demonstrations’ – and yes, this might be true today…

We’ve already had the solar impulse show us some serious performance. Imagining the applications for a “continuous flight” drone is exciting: cheap and ubiquitous communications networks, efficient search and rescue operations, and more advanced weather monitoring capabilities. This technology aligns with Africa building out solar and cell phones without an expensive grid. Google is sending wifi balloons over hurricane hurt areas. This product would be in the same emergency operations sales catalog as Google’s hardware.