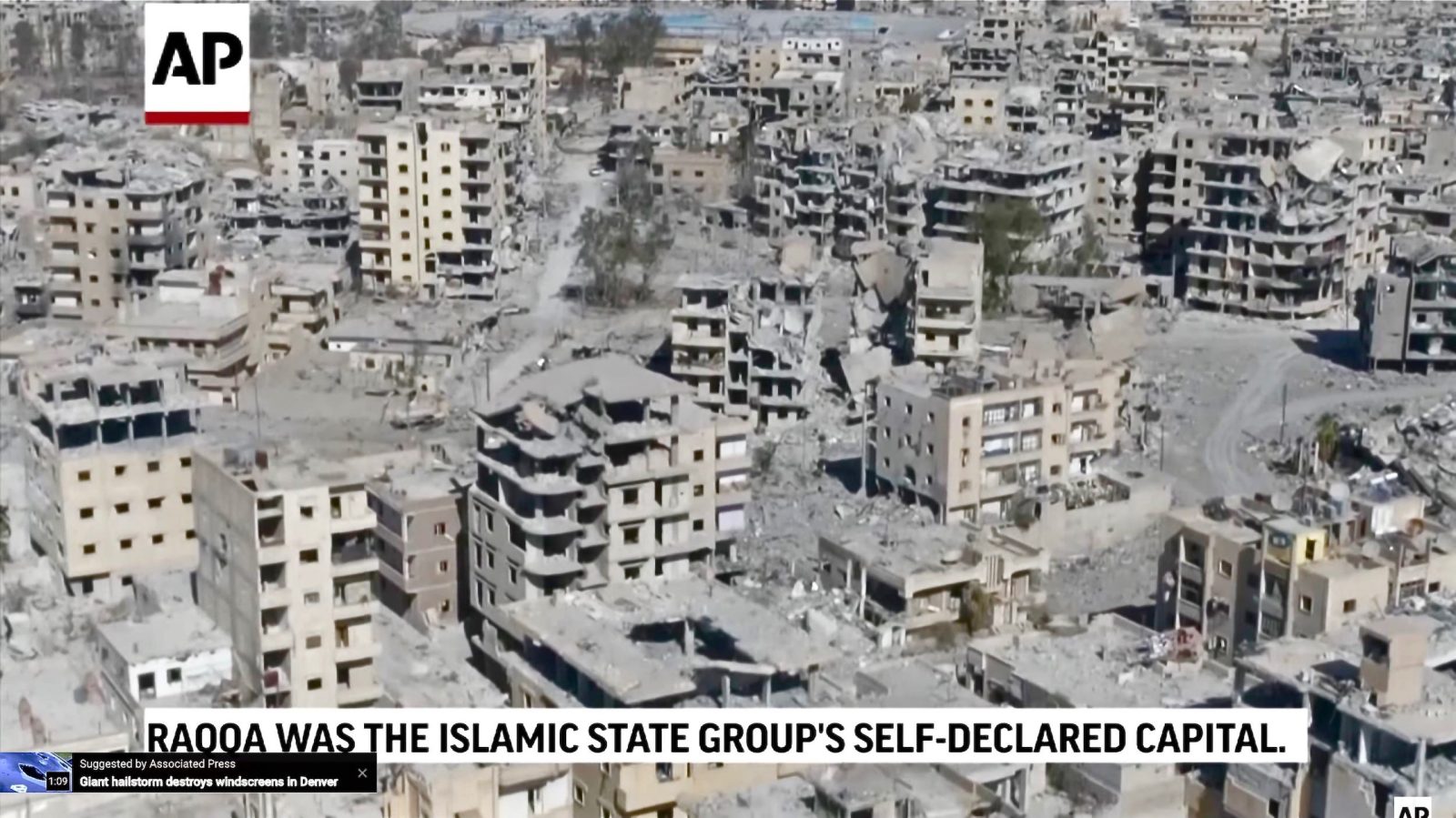 Chilling drone footage from the Associated Press shows the utter and total devastation of the city of Raqqa in Northern Syria. Most of the damage was caused during the final weeks of fighting between the Kurdish-led forces and ISIS. On Thursday, October 20th the Kurdish-led forces announced that with the support of the U.S.-led coalition had driven out the Islamic State militants after weeks of fighting.

Entire neighborhoods are reduced to rubble

The drone footage shows the effect the fighting and the thousands of bombs dropped by the U.S.-led coalition has had on the town. Entire neighborhoods have been reduced to rubble with little or no sign of civilian life.

The U.S. coalition says that 100 militants may still be hiding in the city of Raqqa and that the clearing operations will continue.