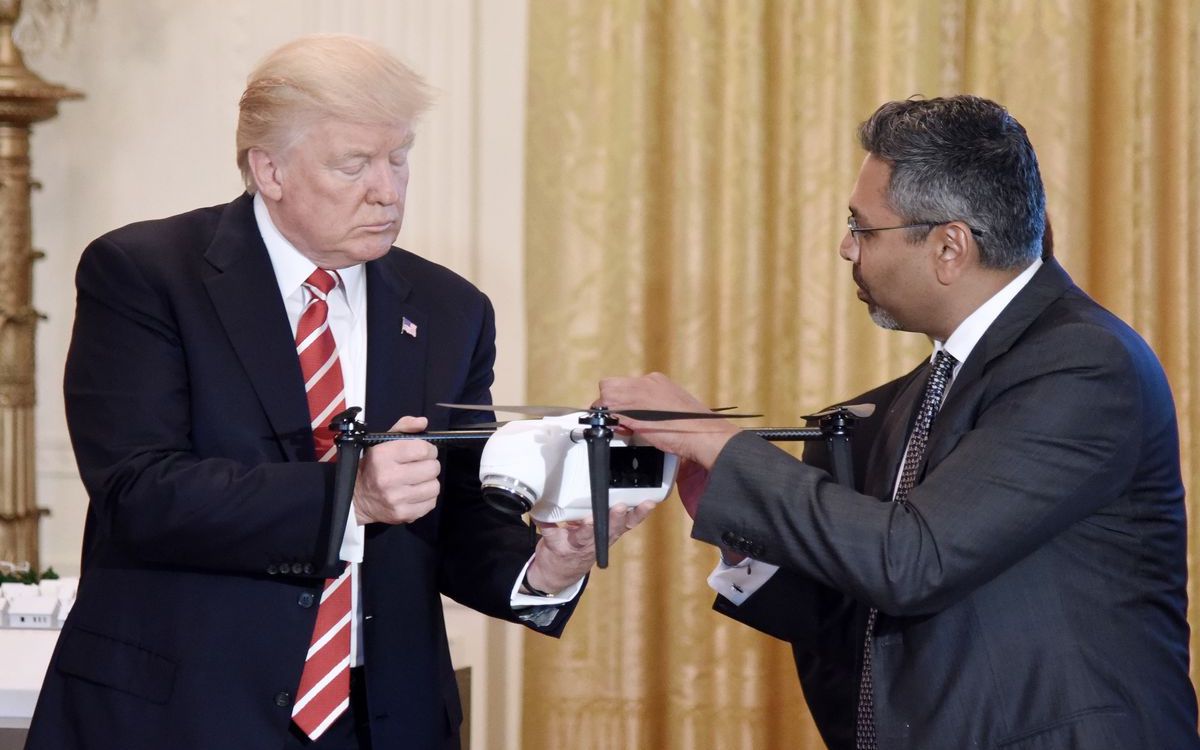 The new program allows for all kinds of testing with drones, many of which are currently not allowed by the FAA unless you get a waiver. For instance, tests could include; flying beyond the pilot’s line-of-sight, testing “detect and avoid” technologies delivering packages, flying at night, counter-UAS (unmanned aerial systems) security operations and more, according to the Department of Transportation. Special test areas can be set up under this program and can be as large as a single state. The government will get access to the data gathered during these trials, which they will use to work together with Nasa to develop an air traffic management system for unmanned aerial systems.

“This program supports the President’s commitment to foster technological innovation.”

Bring drone testing back to the US

So far, the US government has been very prudent when it comes to allowing drones to fly. Hobbyists can fly for their own leisure as long as they take into account certain safety precautions, such as don’t fly higher than 400 feet, don’t fly within a 5-mile radius of an airport, etc. Businesses and commercial drone pilots, who fly drones for an economic gain face even more stringent requirements as they need to pass the FAA’s Part 107 exam and are only allowed to fly during daytime, within line-of-sight and are not allowed to fly over crowds.

To get around these restrictions, drone pilots or companies need to apply with the FAA for a waiver. CNN recently did this and is now allowed to fly a specific type of drone over crowds for instance. However getting a waiver is a painfully slow process as the FAA simply cannot process the number of requests fast enough. Some companies like Amazon and Google have moved their testing operations to other countries to get around this. Amazon has been testing in England since 2016 and Google recently made their first burrito deliveries in Australia.

“America’s skies are changing — UAS now outnumber manned aircraft, which had dominated our airspace since World War II,” said Michael Kratsios, deputy assistant to the president at the White House Office of Science and Technology Policy in the Washington Post. He added:

“Our regulatory framework has not kept pace with this change,”

One of the concerns that the FAA and local law enforcement have with drones, is their inability to identify and track them. Late September, during the Senate Committee on Homeland Security, FBI director Christopher Wray warned that terrorist drone attacks are coming to the U.S. “imminently”. We have all seen how ISIS has been using drones in Syria so this is a legitimate concern. To counter these concerns, DJI introduced their Aeroscope program, coincidently next to the White House yesterday at a special event. Aeroscope enables aviation agencies and local law enforcement to identify and track airborne drones. The Aeroscope receiver is able to tap into the communication stream between a drone and its pilot and provide information, such as altitude, heading, speed, make, model, pilot location, and registration number. It does not, however, enable authorities to take control over the drone. Aeroscope comes both as a fixed installation and as a mobile unit with a 5-kilometer radius and can be made to work with almost all drones. Technologies like these will be crucial to successful implementation of drone flights on a larger scale, at night or beyond line-of-sight. For now, though it will be up to the DOT to police the skies.

Objectives of the pilot program

The objectives of the “Unmanned Aircraft Systems Integration Pilot” program are threefold:

As the program is meant to gather meaningful data for the government to create a commercial drone management system, the DOT and FAA want enough variety among the various tests. For instance, testing should take place in different parts of the country in different geographical landscapes and climates. They also require different economies to be represented and are looking for various purposes of the proposals.

Reactions from the industry

So far we have not seen many reactions from the industry. We reached out to DJI and asked them for a comment but they directed us to the Drone Manufacturers Alliance of which DJI is a member. Apparently, they will post something soon. Amazon did, however, react publicly on Twitter, thanking the White House for prioritizing drone innovation and job creation.

Johnson said the move will help realize the “more than 100,000 jobs and $82 billion in economic impact” drones can provide in the next decade. The group says 3.4 million drones will be sold in the U.S. this year, up 40 percent from 2016.