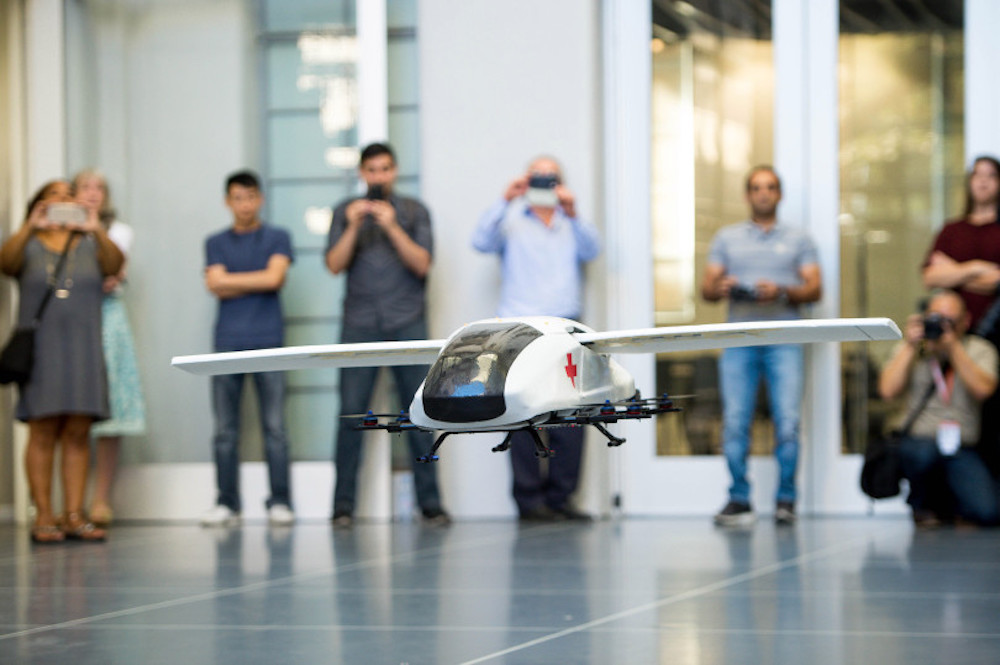 Caltech’s goal is to improve the ability of drones and robots to think and react independently. To not just be able to do as it was programmed but to react and respond to new and different situations appropriately.

“Most systems today are very good at solving, very rapidly, the problems that they have been trained to solve. But if you throw something unknown in front of them, they get confused. … The systems are basically trained so much that they cannot see outside the box,” said Morteza “Mory” Gharib, the new center’s director and a professor of aeronautics and bioinspired engineering to the LA Times. He continued: “It’s not just ’think outside the box.’ There is no box.”

More and more students are interested in studying automation and the many ways in which that can be applied. Apart from Caltech’s new lab, MIT recently announced a $52 million building renovation with a similar idea in mind and USC has revamped its old robotics lab, which is now focused on autonomous systems research.

Caltech wants to create an environment in which talented engineers can work together to tackle the big ideas. The so-called moonshots, like the self-flying ambulance capable of reaching speeds up to 150 mph and others such as a swarm of drones with cameras that can fly together or apart to create accurate large-scale digital maps quickly.

We applaud these kinds of initiatives and especially like the drone ambulance idea. That seems a very useful drone application in light of the recent disasters and mass-shootings we’ve seen. Hopefully, with Trump’s Pilot Program, announced last Wednesday, Caltech may be able to accelerate their testing and development.

What do you think of these big ideas? Do you have some of your own that you’d like to see happen? Let us know below.