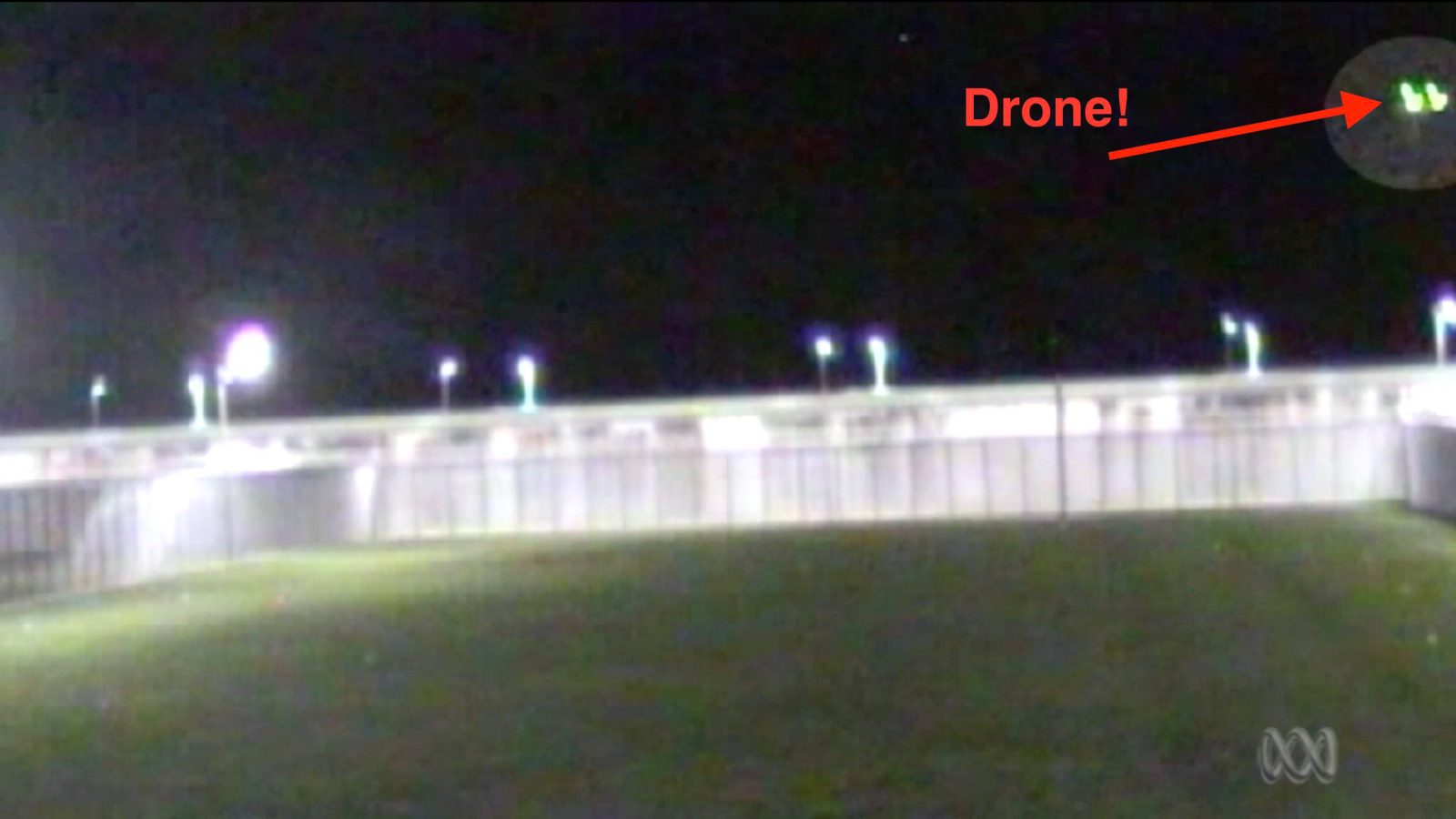 Australian newspaper ABC News reported that a drone has been caught on CCTV dropping what seems to be contraband into Lithgow’s prison in NSW. Last Monday a member of the public alerted the prison staff to the drone flying in the vicinity of the Lithgow Correctional Centre.

Prison official then reviewed the CCTV footage and that indeed showed a drone dropping something off. On Tuesday morning officers searched the drop-off area but couldn’t find anything, resulting in raids, during which one of the inmates acted suspiciously. When he was searched two packages containing 403 steroid capsules were found in the inmates clothing.

Drones seem to be a growing problem for prisons not only in Australia but also here in Michigan, USA and in Liverpool, UK. Corrections Minister David Elliott commented that the drones were also a threat to the safety and security of officers and prison staff. He said he was looking into ways to tighten restrictions on drones and other aircraft near prisons.

NSW police are investigating the incident.