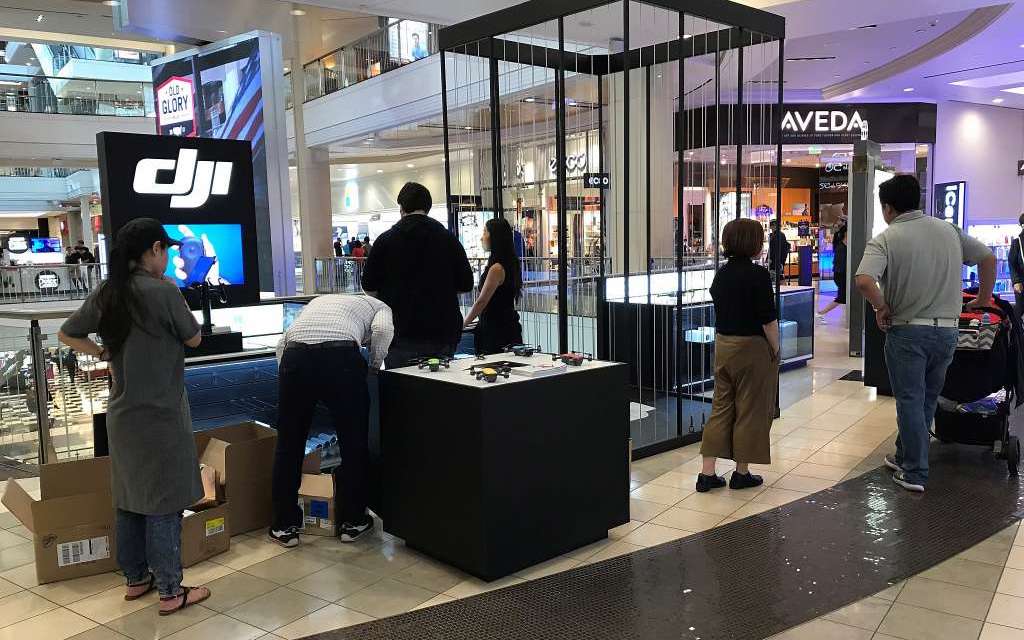 SFGate reported, that yesterday a second DJI store opened in San Francisco at the Westfield mall. The store looks more like a kiosk-type setup but DJI spokesman Micheal Oldenburg said it is a permanent setup and not just a temporary set-up in time to cash in on the holiday shopping season.

At the new store, customers can try out and fly the DJI drones in a specially designed cage. The DJI goggles, a device that gives the wearer a flying drone’s point of view, via life video-stream, are also available to be tried out. The company was hosting a grand opening of the store yesterday, located under the atrium of the Westfield San Francisco Centre.

Earlier this year in February, the first DJI store opened in San Francisco at Montgomery and Jackson streets in the Financial District. Both San Francisco stores are operated by Magic Sky USA, a drone sales company, on behalf of the Chinese drone manufacturer, DJI.

The DJI store at the Westfield mall is more a kiosk-type store in the middle of the mall.

Ken Chen, Magic Sky sales associate, works next to a DJIInspire drone at the DJI store on Montgomery Street in San Francisco, as he prepared for that store to open in February.