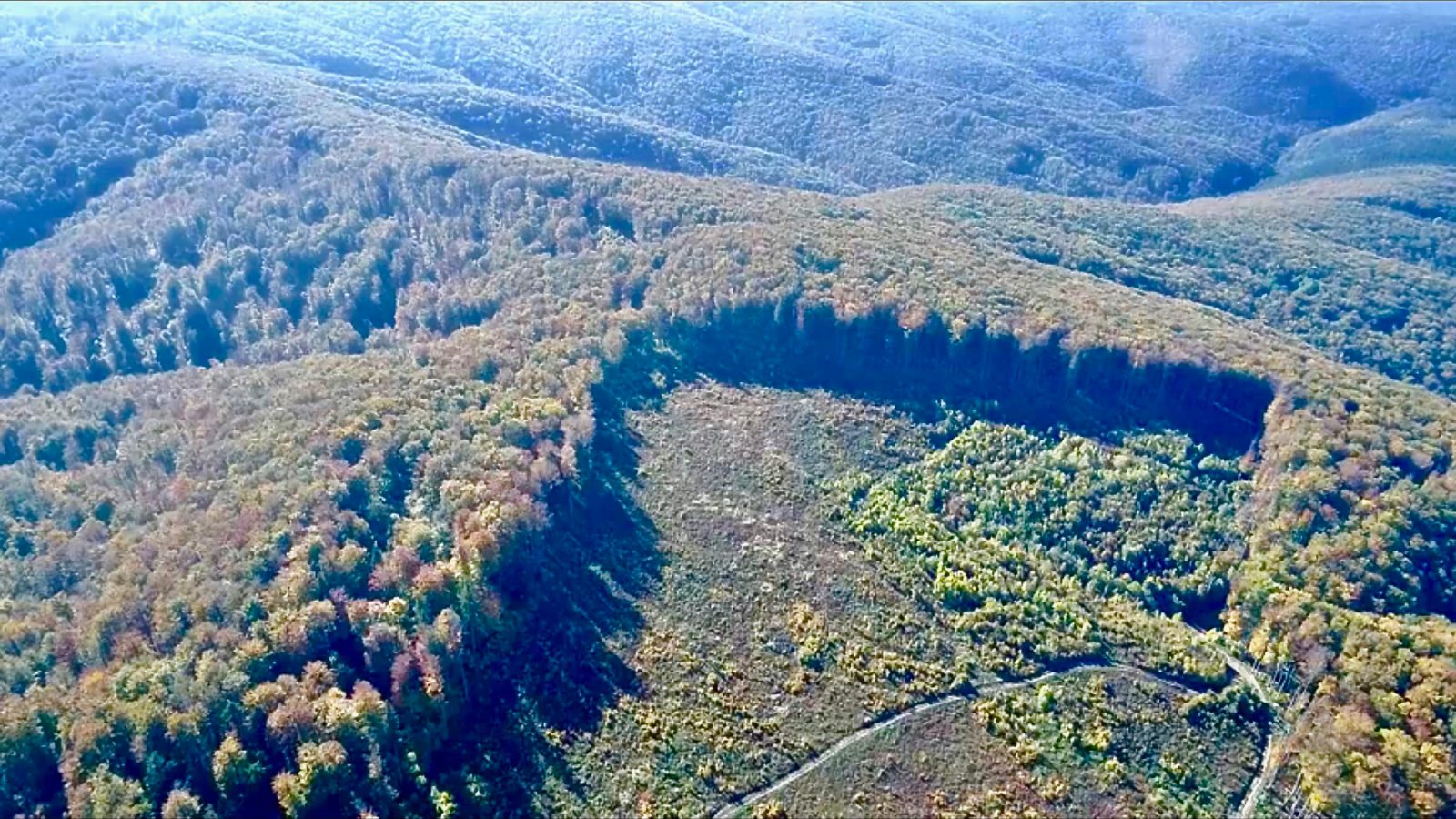 A member of the public captured a video with a drone of about 124 acres (50 hectares) of protected woodland missing in the Semenic-Cheile Carasului National Park, on the border with Serbia, Digi24 TV reports. The National Park has one of the largest virgin beech forests in Europe and has been included in the Unesco’s World Heritage List this summer.

After campaigners showed that large areas of trees in the protected forest were missing, the Romanian government has promised to act against illegal logging. Digi24 was told by Corneliu Sturza of the GEA Nera ecological group, that the main problem was the failure of the environment ministry to draw up a plan to limit logging in the park.

“We’ve asked the ministry to deal with this for the last 13 years,” he complained.

The Timisoara Forest Guard agrees with Sturza and told the TV station that it was only authorized to repair damage caused by logging and that it has no remit to stop illegal deforestation.

The BBC reported that illegal logging is widespread in Romania. On average 26 cases of illegal deforestation are reported on average every day, according to Greenpeace Romania. Members of the public are very active and involved in reporting the illegal logging. They account for 42% of all the reports.

In 2017, Timisoara Forest Guard has reportedly seized the equivalent of 85 lorry loads of illegally-felled timber, worth about $252,000.