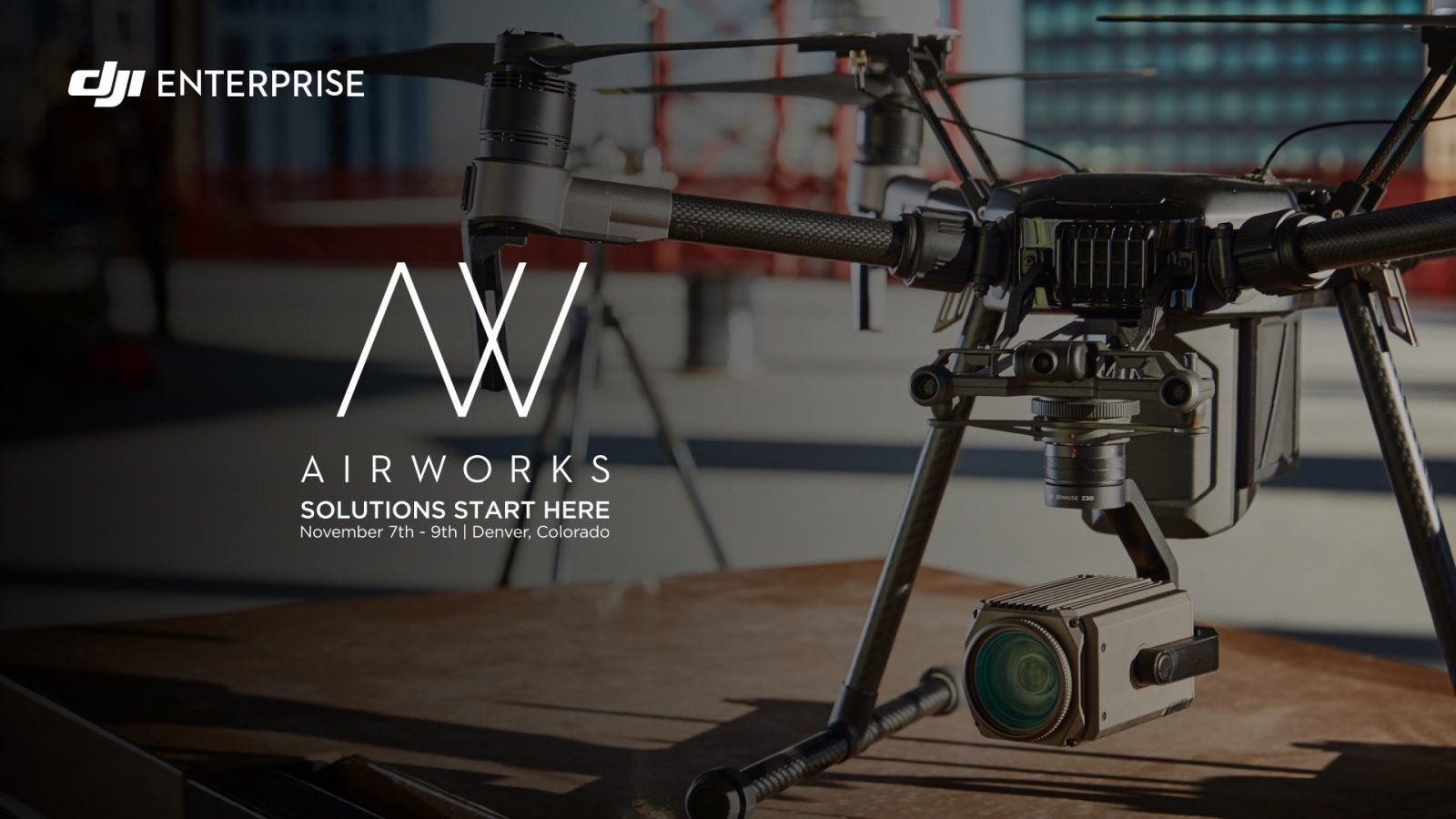 “Every day drones are being used in skies around the world to assist in mission-critical tasks from lifesaving search and rescue operations to mapping and inspection missions across the agriculture, construction, energy, and infrastructure industries,” said Michael Perry, DJI’s Managing Director for North America. “AirWorks brings these industries together to help innovators learn, connect and explore new ways to put drones to work in their respective fields, and to get a first look at the future of DJI’s aerial technology and enterprise solutions”

We will go into each item in more detail in separate posts, but here are the highlights of Perry’s presentation:

New Tools for Drone Solution Developers – DJI has made its products incomparably versatile with the DJI SDK and its line of Wind series drones built with modifications in mind. With more than 2.7 million activations (up from 1 million in 2016 and 150,000 in 2015), DJI’s SDK has inspired new categories of drone hardware and software developers to innovate and create entirely new uses for enterprise drone technology. New SDK tools announced today include:

SkyFund’s Investment in AutoModality – DJI and venture capital firm Accel, partnering through their SkyFund joint investment fund, have invested in New York-based AutoModality to accelerate its development of an autonomous drone bridge inspection System. The new system enables fully autonomous close-up infrastructure inspection and assists workers by accessing the difficult and dangerous locations on the structure while they remain safely on the ground.

AirWorks is an annual event that brings DJI users together to inspire, connect and energize attendees about the beneficial drone applications available to enterprises today as well as the future of the global commercial drone industry. It draws attendees from a diverse set of backgrounds who are using drones every day within the agriculture, construction, energy, infrastructure and public safety industries for three days of presentations, hands-on workshops, training sessions and networking opportunities. In addition to industry-specific sessions, attendees will hear from prominent leaders in the drone industry during lively panel discussions dedicated to current and future industry trends and drone regulations. The complete AirWorks agenda and more information about the conference can be found at enterprise.dji.com/airworks.