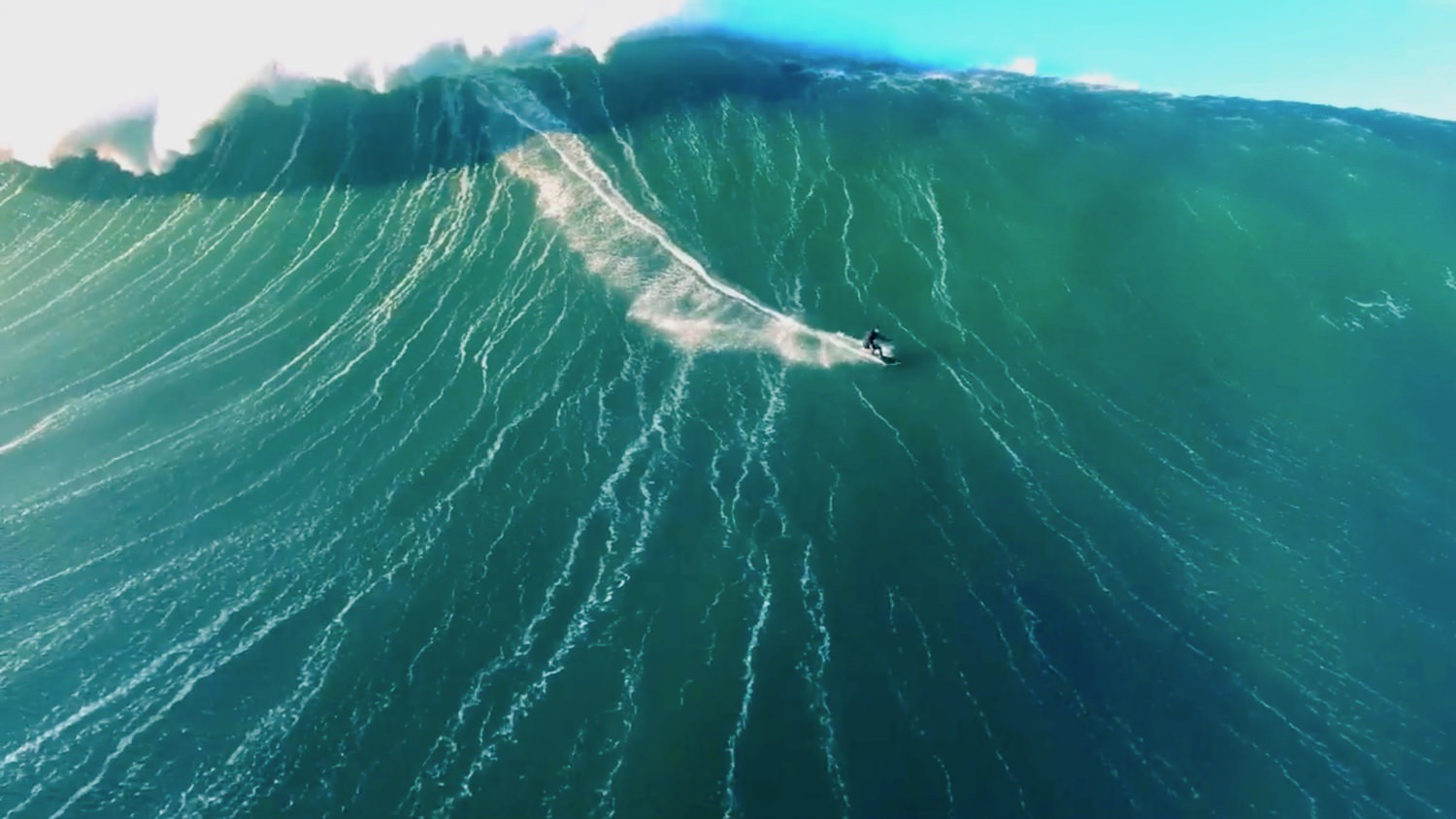 In a few short years, Nazaré has grown from a sleepy little coastal town in Portugal that nobody had ever heard off to the undisputed big wave surf location. Every winter, storms on the Atlantic ocean bring massive swell to the Nazaré. The canyon underwater and the way the ocean floor is shaped, create a very unique wave pattern, that peaks higher than pretty much anywhere else on this planet. As surfers flock to this Portuguese town, so do the filmmakers with their drones to capture the amazing action. One of them was Cameron Calistro who flew his drone low to better show the size of these massive waves.

Check out this video, captured by Cameron Calistro, of Sebastian Steudtner riding one of the giant waves in Nazaré last week. Luckily for him, he escapes unharmed. Not everybody is so fortunate. Last week Andrew Cotton, a surfer from England broke his back in a spectacular wipeout.

Nazaré first became a well-known surf spot when surfer Garrett McNamara surfed a record-breaking giant wave: 78 feet (23.8 m) from trough to crest. That video footage went all over the world and made Nazaré a household name, at least among surfers.