Dancing on top of harvester during a lightning storm [drone video] 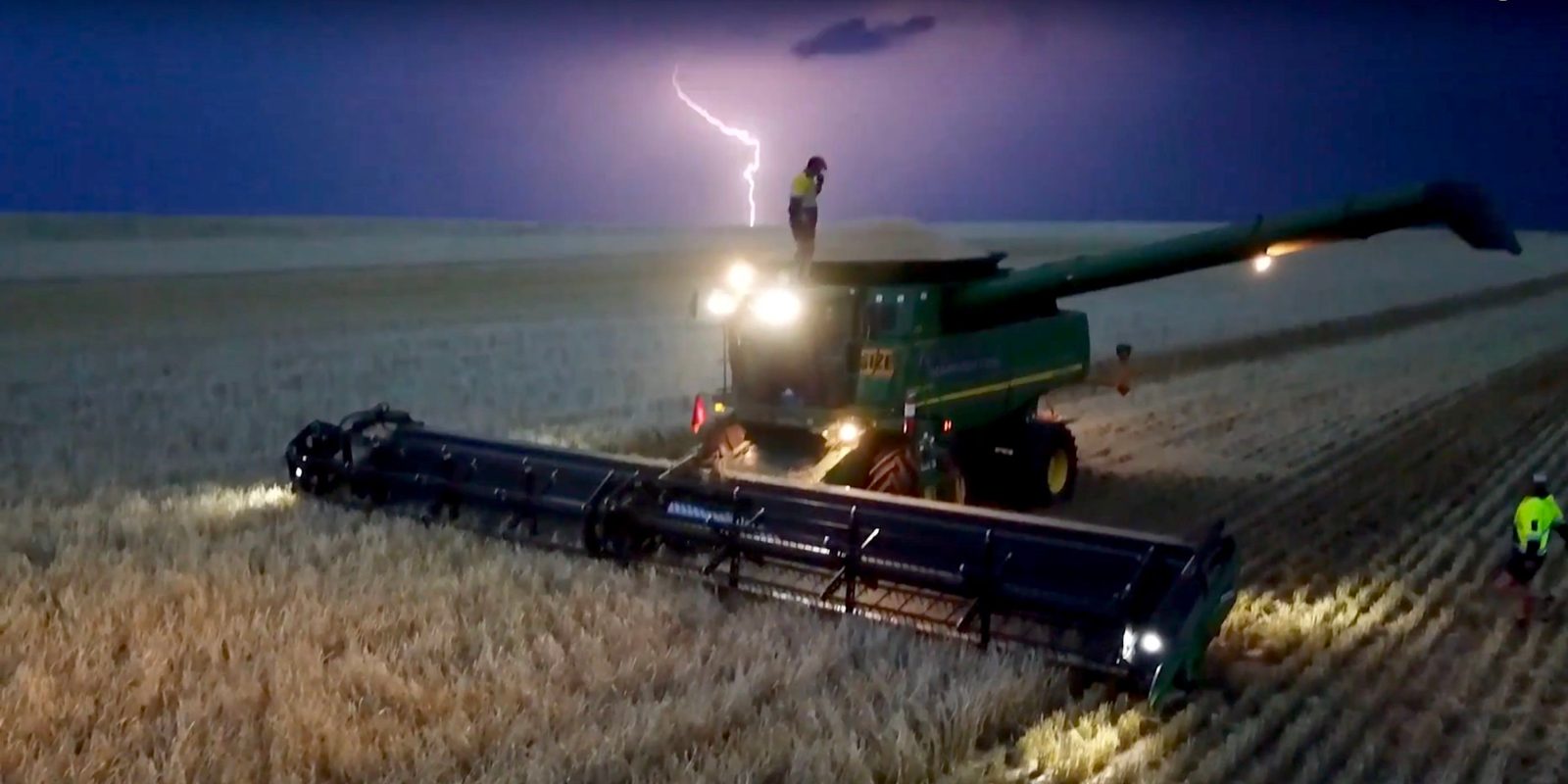 Have a look at this video of a man dancing on top of a harvester while the dark sky lights up behind him with lightning strikes. It is quite an amazing scene. The video is shot with a drone and the higher vantage point adds drama and enables you to see things you may otherwise miss. Kind of like this guy in the ocean. The drone video was recorded in the town of Toowoomba, Queensland, which is close to Brisbane on the east coast of Australia.

In the video, the drone slowly circles the harvester and you get a good view of the dark and ominous looking scene. The frequent lightning strikes in the beginning of the clip help set the mood for what only can be described as the world’s most dramatic harvest dance ever.

After a long day harvesting, a little dancing might do you good. As Dougal Stallman says to The Chronicle:

“I hope you all like my dancing. Gets a bit boring sitting in a header all day and thought I’d spice things up a bit. We all know it’s harvest time and thought the normal harvest videos wouldn’t cut it.”

Stallman graduated from Toowoomba Grammar School last year and now works for Bingham Agriculture in South Australia. The harvesting company thought the video looked cool and shared it on its Facebook page. The video is titled: “having a bit of fun before the storm rolled in” and has since gone viral with more than 400,000 views already.

What do you think of this viral video? Have you seen any better? Let us know in the comments below.