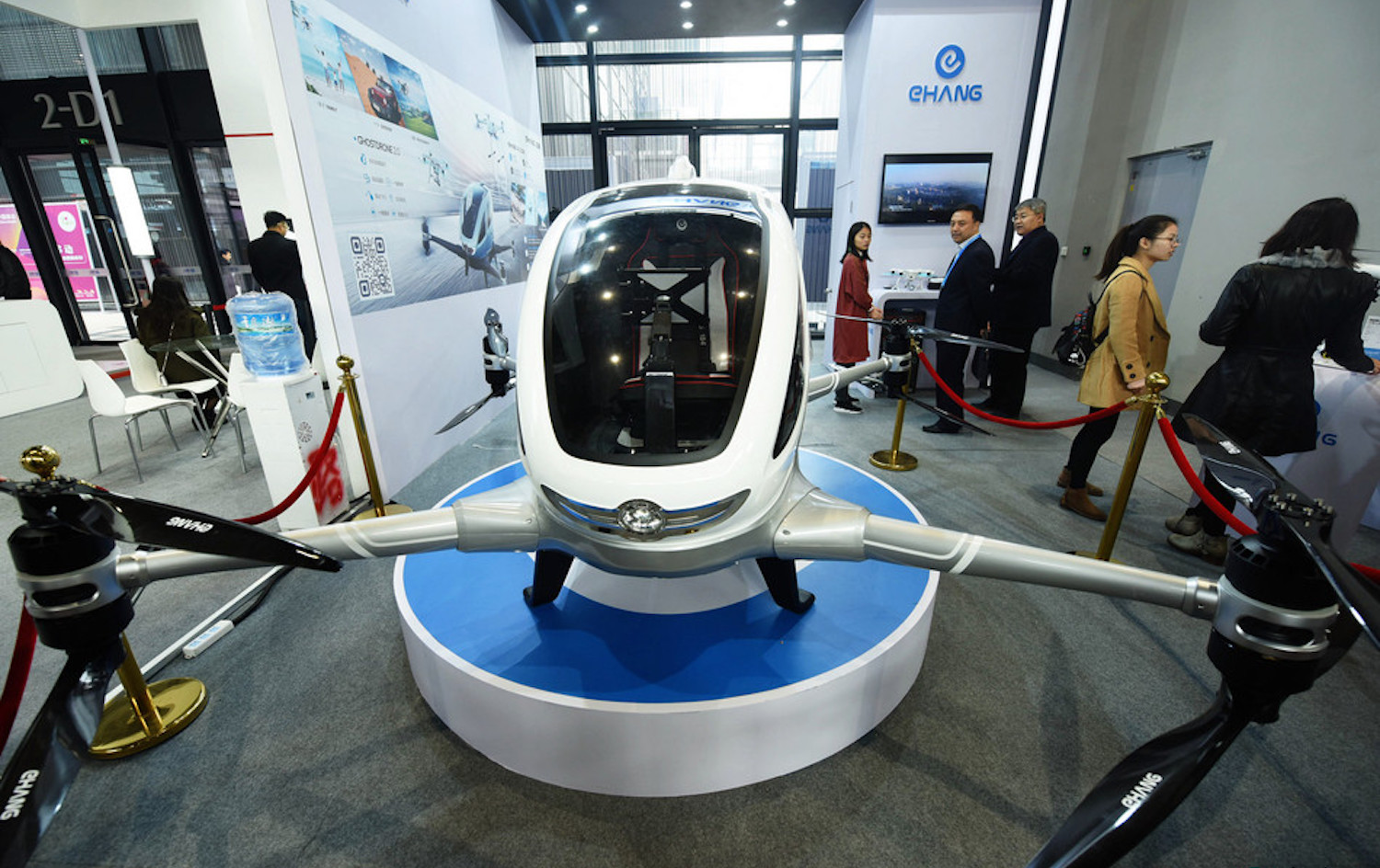 Drone taxi EHang 184 was introduced at the World Internet Conference in Wuzhen, Zhejiang Province in China on December 4, 2017. The drone taxi has automatic navigation and can take off and land vertically. No runway needed.

According to China Plus, the one-passenger EHang 184, made from aerial aluminum alloy, carbon fiber and epoxy, is being touted as the world’s first drone taxi. Another contender for that same title is the Autonomous Air Taxi, that we reported on back in October when it was shown in Dubai.

The EHang 184 was developed by Chinese drone manufacturer EHang. Supposedly they have already received over 1,000 international orders for their new drone taxi. It comes with a USD $300,000 price tag. The EHang 184 drone taxi is not available in China due to the low altitude flying restrictions.

The EHAng website tells us a little more about the EHang 184 taxi drone. Apparently, it has a redundancy system built-in so that if one set of the power system (batteries) fails, a second set is still available and able to maintain a normal but shorter flight plan to ensure the safety of the passenger and drone taxi. If any abnormality is detected by the aircraft it will proceed to land in a safe spot immediately.

The EHang 184 should be easy to fly. The company explains that the drone taxi will fly with a single click from point to point from pre-defined EHang drone ports. Cameras attached to the drone should make for a safe landing in the designated areas.

No word as of yet when the first passenger rides will take place and where. EHang is showing photos of Dubai so it seems that they are aiming at the same market as the German manufacturer Volocopter.

What do you think? Do you see flying taxis take off in a big way anytime soon or would you never set foot in one of these unmanned aerial vehicles? Let us know in the comments below.