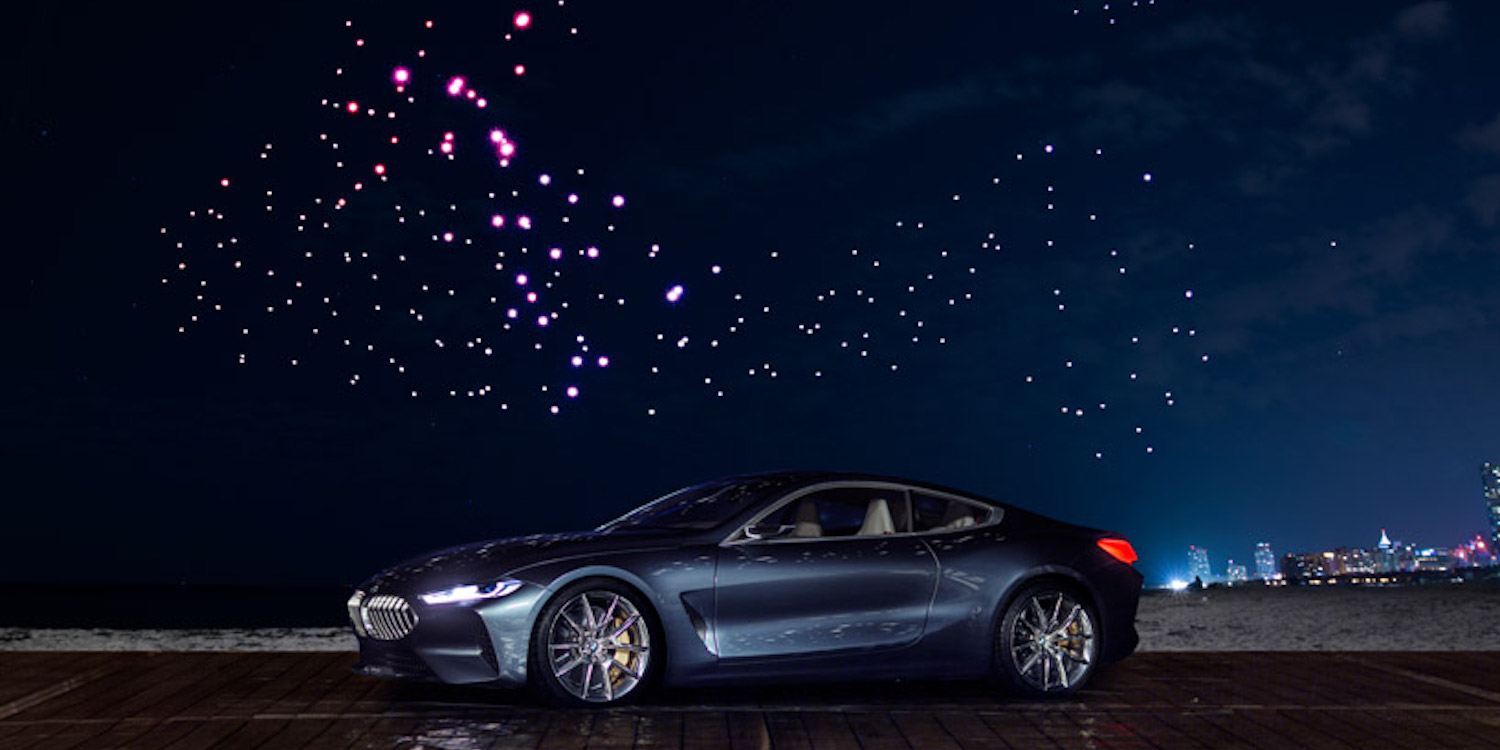 During the 2017 Miami’s Art Basel, BMW used 300 drones or unmanned vehicles to showcase their latest project: “Franchise Freedom”, produced in collaboration with Studio Drift. The drones flew outside the Faena hotel complex in Miami Beach, choreographed and were meant to resemble a flock of birds. Lonneke Gordijn and Ralph Nauta from Studio Drift programmed the drones to mimic a swarm of starlings. The drones were outfitted with lights to make them visible at night and create the dramatic visual experience as shown in the videos below.

A flock of drones

“Everything can be simulated in animation and virtual reality, but we think there is an importance in creating real experiences that you can feel and see with your own eyes in the real world, not only through a screen.”

The artists had studied the flying behaviors of a swarm of birds as part of their ongoing research project. They developed software with pre-determined flight paths that were uploaded to the drones.

The “Franchise Freedom” drone project premiered during the Miami art week and coincided with other events such as the Art Basel Miami fair and Design Miami.

The BMW drone show was on display every night from December 7 through 10, starting at 8pm, weather permitting, between 32nd and 33rd Streets off Collins Avenue.