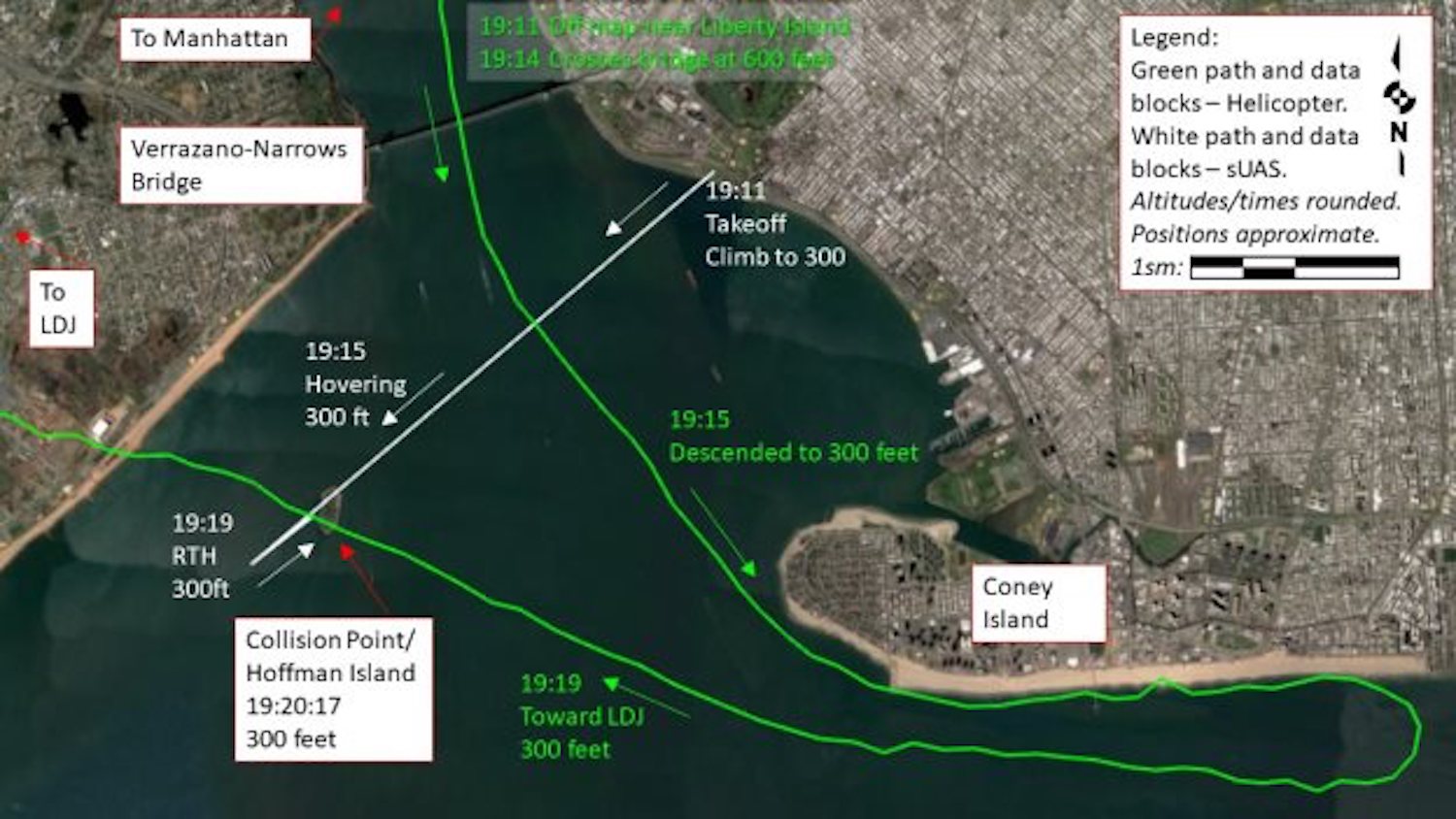 Back in September, we reported on the DJI Phantom 4 Pro drone that had collided with a U.S. Army Sikorsky UH-60M Black Hawk helicopter flown by Fort Bragg soldiers over Staten Island. Luckily nobody was injured and the helicopter only sustained minor damage. The accident did become the first official drone-aircraft collision in the U.S. aviation history. The military started an investigation into the incident immediately and was able to identify the drone pilot based on the serial number found on parts of the drone that were logged in the helicopter.

Now the National Transportation Safety Board has released a full report on the drone incident.

The collision happened on September 21, 2017, at 1920 eastern daylight time near Hoffman Island, NY, where amateur drone pilot Vyacheslav Tantashov flew his DJI Phantom 4 “well beyond” his “visual line of sight,” to a distance 2.5 miles away in an area where a Temporary Flight Restriction (TFR) was in effect. From the interviews that the NTSB conducted it becomes clear that Tantashov was not aware of many of the FAA rules for amateur drone pilots.

Many FAA rules are broken that day. Based on the interview it becomes obvious that better education and training of amateur drone pilots could have gone a long way in preventing this accident.

Fly your drone below 400 feet. Tantashov did not fly his drone above 400 feet at the time of the accident. However, during earlier flights on the same day, he did break the maximum allowed elevation.

“The logs also included a flight the sUAS pilot made earlier on the evening of the incident, and indicated that he flew toward the Seagate area of western Coney Island, about 1.8 miles from the takeoff point, up to an altitude of 547 ft above takeoff elevation.”

Fly your drone within line-of-sight and do not fly with reduced visibility. Tantashov flew 2 minutes before the end of civil twilight and at a distance of 2.5 miles away. It is almost certain he would not be able to see the drone at that distance with diminishing daylight.

“During the incident flight, the pilot of the sUAS intentionally flew the aircraft 2.5 miles away, well beyond visual line of sight and was just referencing the map on his tablet; therefore, he was not aware that the helicopter was in close proximity to the sUAS.”

“In addition, even though the sUAS pilot indicated that he knew there were frequently helicopters in the area, he still elected to fly his sUAS beyond visual line of sight, demonstrating his lack of understanding of the potential hazard of collision with other aircraft. In his interview, the sUAS pilot indicated that he was not concerned with flying beyond visual line of sight, and he expressed only a general cursory awareness of regulations and good operating practices.”

“The pilot did not have visual contact with the sUAS or the helicopters at that time.”

“When asked, he did not indicate that he was aware of the significance of flying beyond line of sight and again stated that he relied on the app display. He said he did not see or hear the flight of helicopters involved in the collision but said that helicopters fly in the area all the time.”

“A Temporary Flight Restriction (TFR) was in effect for the area of the flight; the helicopter was authorized for flight within this area.”

“When asked about specific regulations or guidance for sUAS flights, he stated that he knew to stay away from airports, and was aware there was Class B airspace nearby. He said that he relied on “the app” to tell him if it was OK to fly. He stated he knew that the aircraft should be operated below 400 ft. When asked about TFRs, he said he did not know about them; he would rely on the app, and it did not give any warnings on the evening of the collision. He said he was not familiar with the TFRs for the United Nations meeting and Presidential movement.”

No additional training. Tantashov owned three drones, a Phantom 3, 4 and 4 Pro and flew them frequently. He had flown in the area before and knew that there were many helicopters. He also knew that there was a Class B airspace nearby.

“He said he had “a lot” of experience with sUAS; the data logs provided by him indicated that he had flown 38 flights in the previous 30 days. ”

“He had taken no specific sUAS training other than the tutorials that are included in the DJI GO4 operating application (app). At the time of the collision, there were no training or certification requirements for hobbyist or modeler pilots.”

The NTSB did not say if Tantashov would face any penalties. 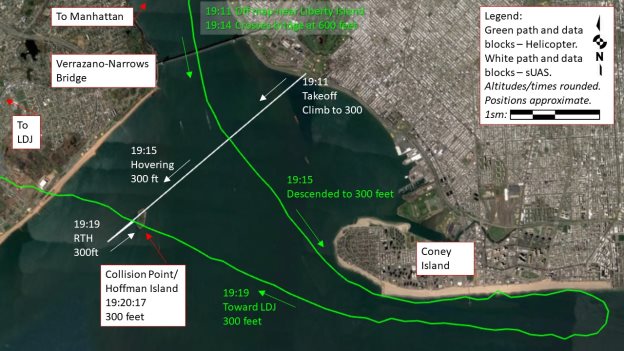 Figure 1: Approximate route of flight of the UH-60 and the DJI Phantom 4 Pro drone.

As you know, we have reported on a number drone incidents in the past few months and in many cases ignorance of the FAA rules when flying drones, seem to play a big part in almost all of them. Recently a research report was released that concluded that drones cause more damage to airplanes than birds in case of a mid-air collision. Meanwhile, drone sales are poised to take off during the current Holiday shopping season, and it becomes very apparent that all these new amateur drone pilots need to be better trained and educated. In an effort to better educate hobbyist drone pilots, DJI recently launched the DJI Knowledge Quiz, that new drone owners need to pass before they can fly their drones for the first time.

What do you think about the rising number of drones in the hands of amateur pilots? Let us know in the comments below.