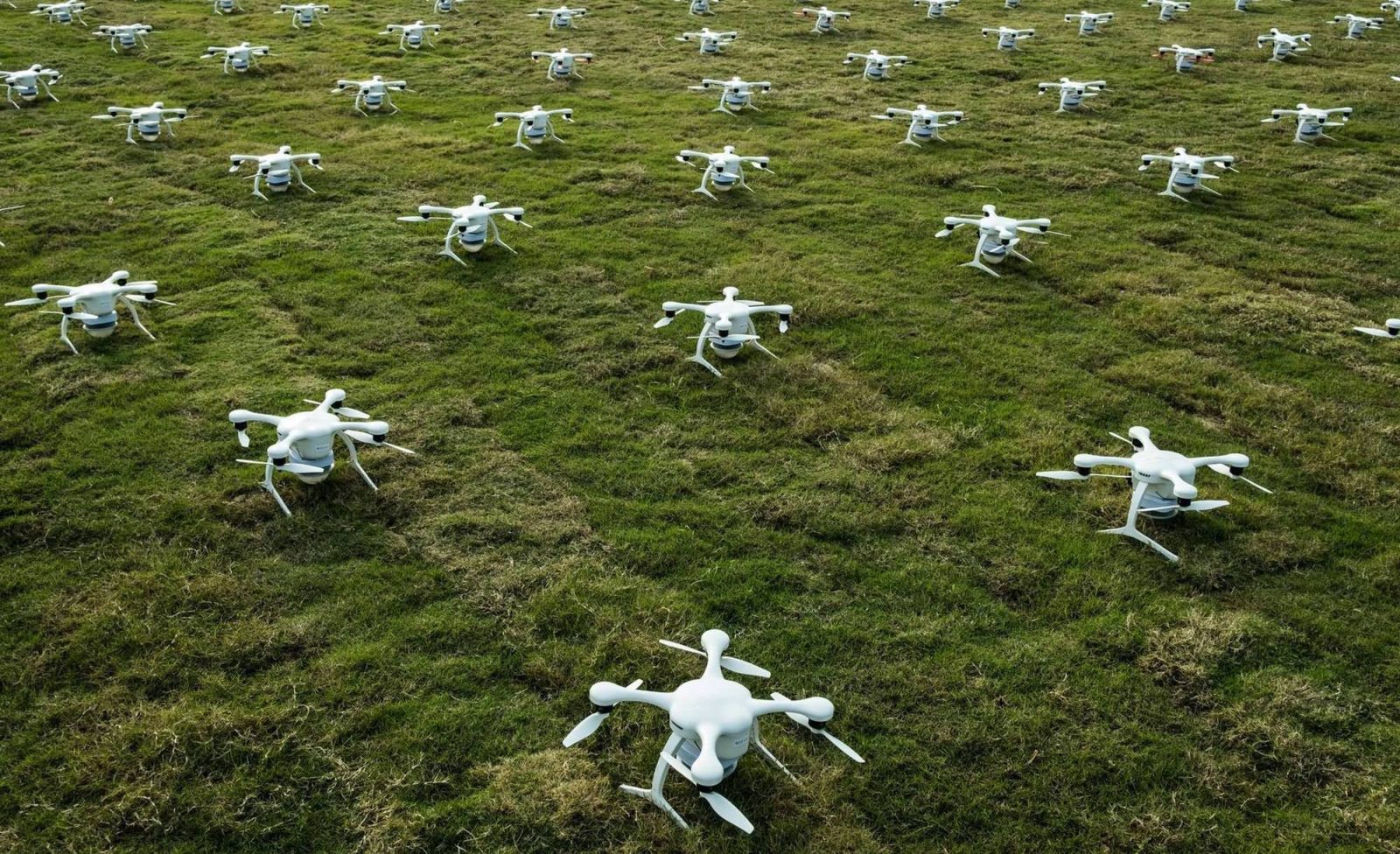 The first ever FAI World Fly-In Expo was held from November 4 to 7, in Wuhan, China. The show featured hundreds of aircraft, including jets, helicopters, hot air balloons and of course drones. According to an article in the NY Times, the drones were actually the stars of the event.

Drones put up a show at the World Fly-In Expo

With the help of companies such as Chinese drone manufacturer Da Jiang Innovations Science and Technology Company, better known of course as DJI, unmanned aerial vehicles have made a meteoric rise in the aviation industry.

In China, drones are being used for power line inspections, maintenance, air quality monitoring, agriculture, and of course for fun. During the FAI World Fly-In Expo they were used to clear the airspace of birds, to create videos of the expo and for a night-time show, where about one hundred drones were flown synchronously to create words and patterns in the night sky.

At the air show in Wuhan, more than 100 white drones were positioned on a grassy field in preparation of the drone light show later that evening. The drones were from Ehang, a Guangzhou-based company that makes consumer and commercial drones. You may know them from the unmanned taxi we reported on earlier.

As it got dark two employees of Ehang, Mr. Zhang and Mr. Yuan, took their controls and sent the swarm of drones up into the sky. In a tight synchronized group, the drones flew together to form various words and shapes. The photo galleries below will give you a good impression of the event. What blew me away is the easy and speed with which the drones were able to fly together and create an amazing drone show.

Dozens of drones waiting to perform in a light show at Hannan General Aviation Airport in Wuhan, China, in November. Credit Lam Yik Fei for The New York Times

Members of a team from Guangdong Province carrying a drone during a competition involving industrial-grade drones. Credit Lam Yik Fei for The New York Times

Employees of Ehang, a commercial drone maker, checking the vehicles before a light show in Wuhan. Credit Lam Yik Fei for The New York Times Photo