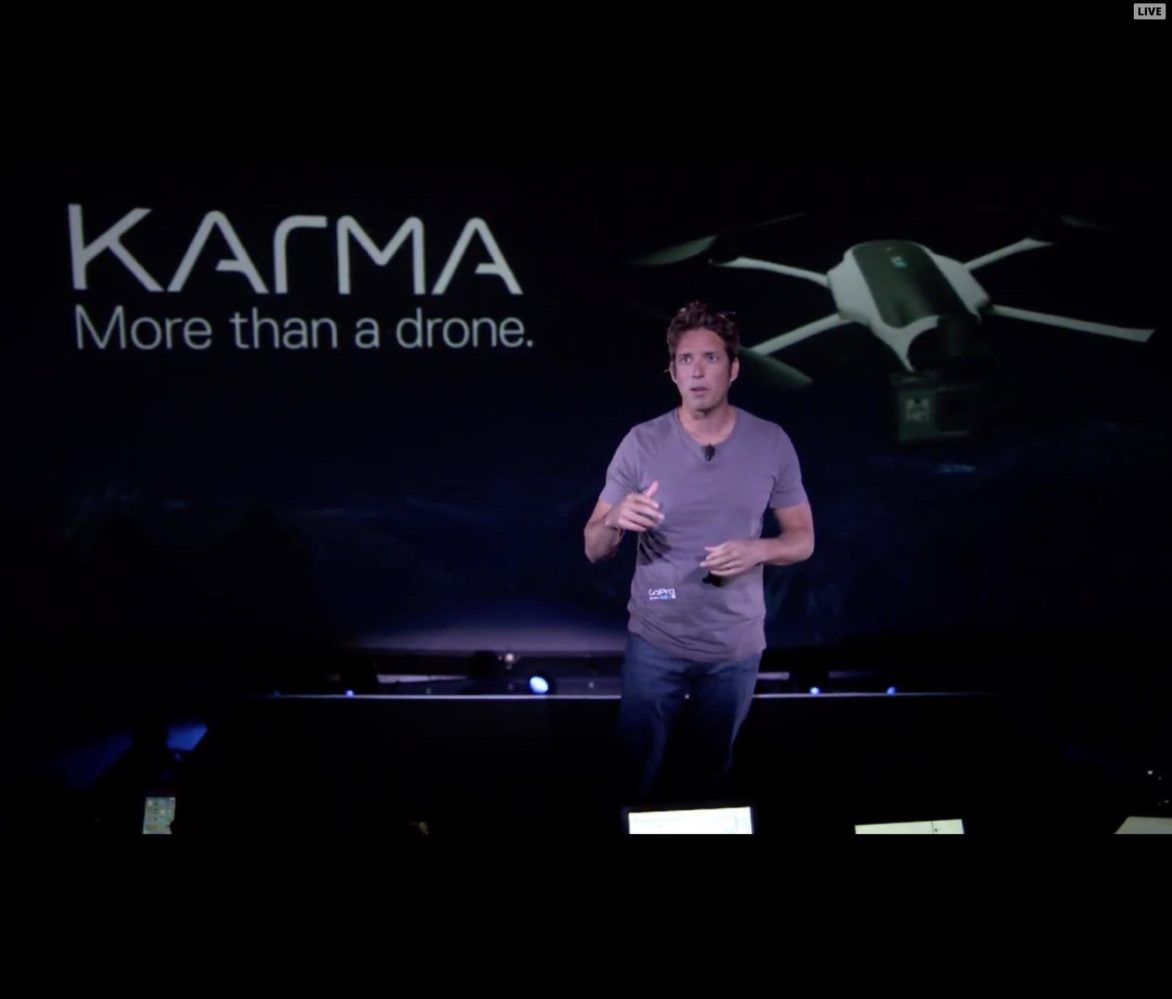 GoPro, the company that we know from the Karma drone and action cameras, is laying off between 200 to 300 people this week, mostly from its drone division. The company had sent its workers a letter earlier this week informing them of the layoffs. According to GoPro, the job cuts are part of a larger restructuring “to better align our resources with business requirements”.

According to TechCrunch, the impacted employees have been relieved of their responsibilities today, but will keep them on the payroll until February 16th. This news about the reduction of GoPro’s drone workforce is coming out right before the Consumer Electronics Event in Las Vegas next week.

After the choppy launch of the GoPro Karma and its subsequent mass recall last year after reports had come in of Karmas falling out of the sky, the layoffs in GoPro’s drone department don’t come as much of a surprise.

The Karma was reintroduced to the market in February 2017 after the battery disconnect that could happen during mid-flight had been remedied. Sales did recover some for the company, but by then the competition had stepped up.

Most notably DJI that had launched the very successful Mavic Pro drone that can be folded just like the Karma to an even smaller package. Shortly thereafter DJI came out with the even smaller Spark mini-drone, making the GoPro Karma even less relevant in the eyes of consumers.

GoPro took the market by storm when they first introduced the GoPro action cameras. Since then, the market has been flooded with all kinds of cheaper action cameras, and GoPro’s CEO Nick Woodman has been trying to diversify the company’s business model ever since. Ironically, it is now exactly that part of the business where the layoffs have been announced.

Before today’s layoffs, GoPro’s entertainment division was hit with layoffs in late 2016 when 100 people lost their jobs. Then, in early 2017, an additional 270 positions within the company were eliminated.

Financially, it seems that the layoffs had worked, but today’s announcement makes you wonder what the future will hold for the GoPro Karma.