Fly your drone with a haptic feedback joystick 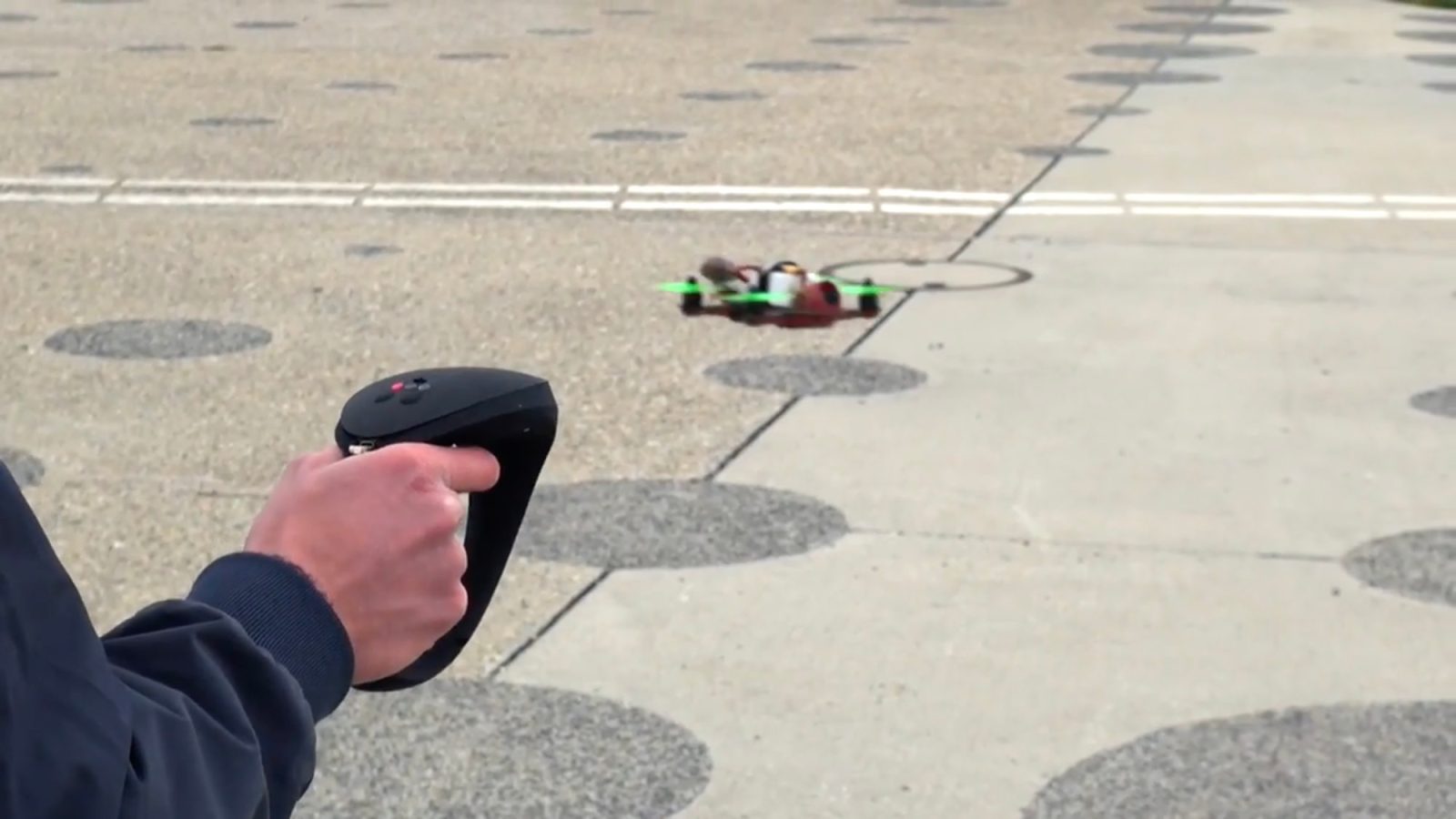 From Germany, we now shoot over to France where someone may have come up with a much more useful invention, a haptic feedback joystick that allows you to fly your drone in a new and easy way. As many drone pilots can attest, flying a drone for the first time is not so simple at all. It takes time to familiarize yourself with joystick controls and to learn how to fly a drone safely and comfortably.

The French joystick lets you feel what the drone is doing

This is where the haptic feedback joystick from the French startup MotionPilot comes in. It is aimed at making drone flying more intuitive. Once you activate the joystick, the drone will follow the same movements that you make with your hand. It is equipped with motion sensors that allow you to control the drone so that when you tilt or rotate your hand, the drone will fly accordingly.To maneuver the unmanned aerial vehicle you simply lean the device forward or sideways. You use a trigger to change the altitude. The joystick also provides feedback to make the experience even feel more natural.

The startup company, MotionPilot has been founded by four grad students from France’s École Polytechnique Fédérale de Lausanne (EFPL). One of the founders, Julien Perroud told EFPL that flying a drone with this new joystick is so easy that new pilots can learn to fly “in a few seconds”. He continued to say:

“It’s so simple that even beginners can start having fun right away. Switching from the old control to the joystick was a snap … you forget you’re piloting a drone.”

The French startup, MotionPilot has created a working prototype and has plans to bring their device to market together with a drone, joystick and FP goggles towards the end of the year.

According to Engadget, they may introduce the joystick without the haptic feedback functionality in the beginning. They are also still looking for a drone supplier to partner with so their planning may be a little optimistic.

Either way, we will keep our eyes on these guys as the idea of a haptic joystick to control a drone seems to make a lot of sense!