Going to pick up some bread in my flying bathtub 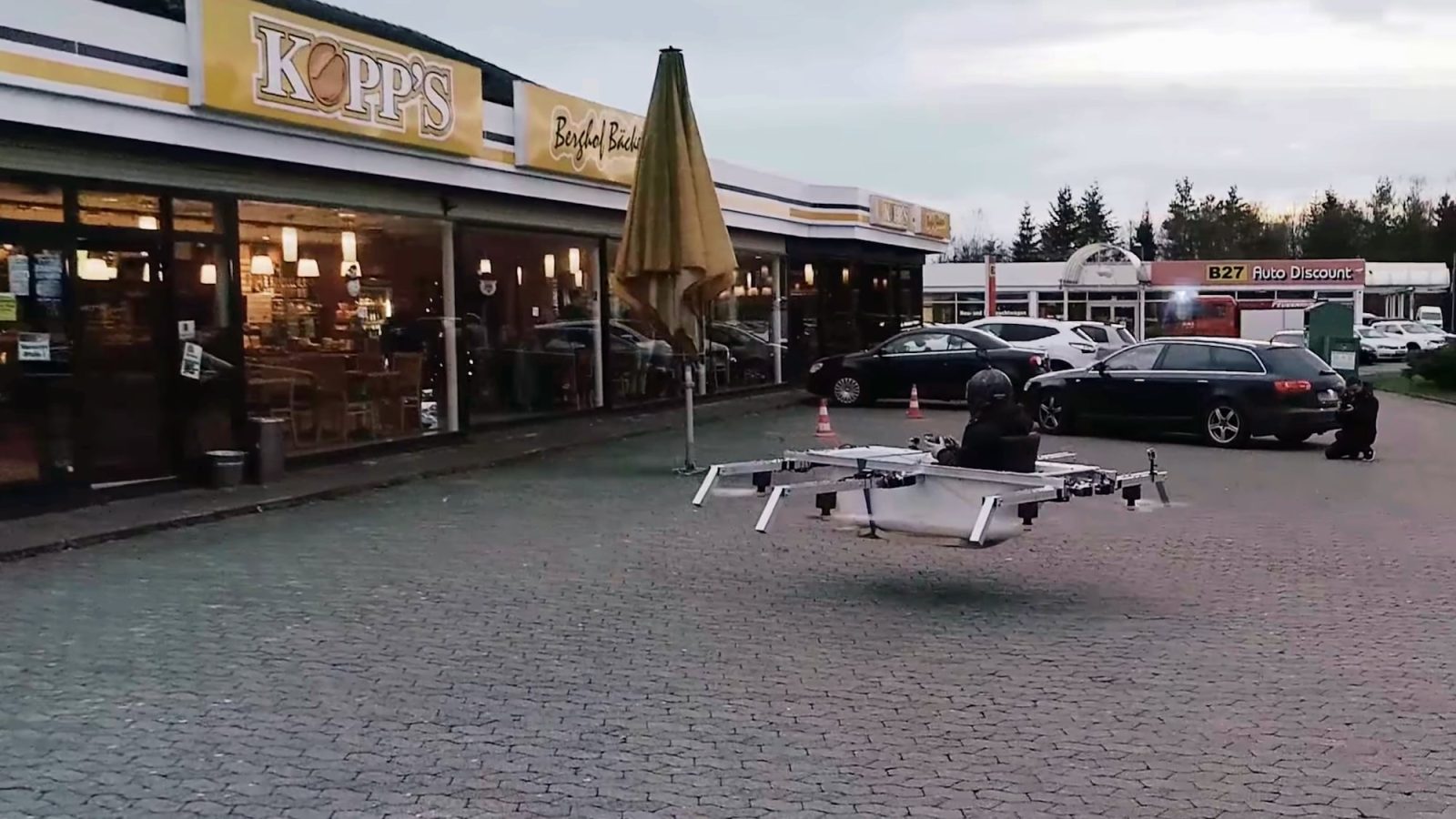 The Real Life Guys, who we have seen in this video here two weeks ago, have upped their game! Now one of them took the “bathtub drone” to pick up some bread at the local bakery.

It took these guys a few months to figure out how to get a bathtub to fly ‘safely’ but in the end, they pulled it off. More powerful motors were used and after some careful re-balancing of the lift the props generate, they had their first flight inside a gym hall a couple of weeks ago.

Flying bathtubs are the future?

In their latest video clip, the German brothers take their flying bathtub to the local bakery to pick up some bread. Is this the beginning of the future where we all will be using flying cars? I’m not so sure. The brothers do deserve credit though for making a bathtub fly with an actual person in it. Although by the looks of that person may not have been onboard for the entire flight to the bakery.

At the end of the video, the Real Life Guys make some disclaimers. First that the person in the bathtub may not have been the same guy as the main character in the video. It seems that what they are trying to say is that they may have in fact used a dummy.

Furthermore, they state that they have kept the bathtub below 30 meters (100 feet) and therefore did not have to comply with any German aviation laws. Also, with safety in mind, they said that all publicly accessible spaces, such as the parking lot in front of the bakery were closed to the public at the time of their stunt.

Whether a real person was flying the bathtub or not, the Real Life Guys succeeded in one thing and that is getting global attention for their ‘invention’ and stunt as their story has been written about in many new publications and websites.