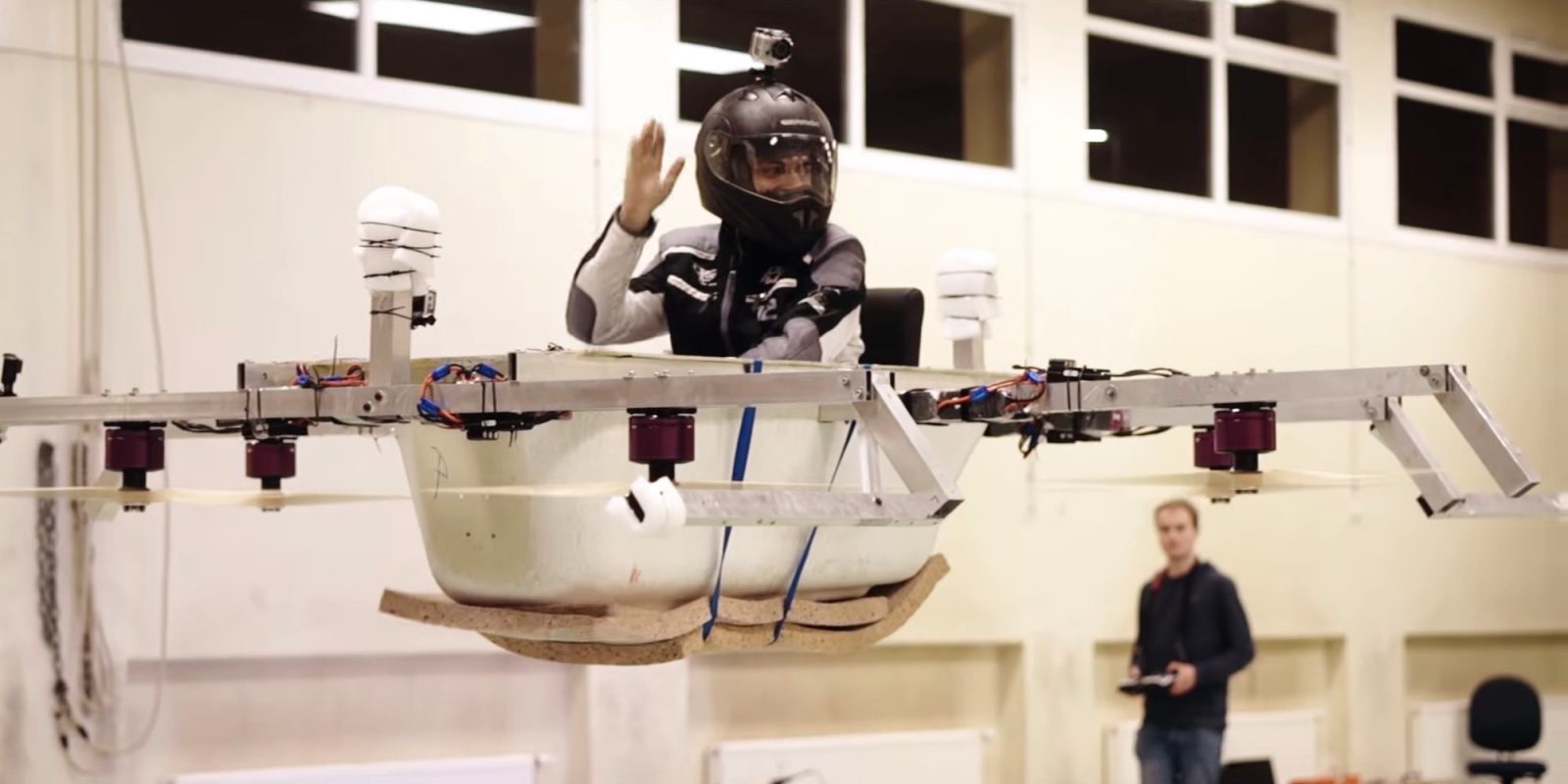 Check out these Germans, the Real Life Guys. They have made a manned bathtub drone. The project started out a few months ago when they ended a video with the question whether their next project should be a flying bicycle or a human drone. In the end, they did both.

However, the human drone project ended up being a little more complicated than they had anticipated. In their original design, the human was attached to the belly of the drone. Perhaps not such a great idea. Later on, this was changed to a person sitting below the four rotors. That proved to be unstable and the drone tipped over during a semi-controlled landing procedure. Luckily that ended without any injuries as it could have been a lot worse. 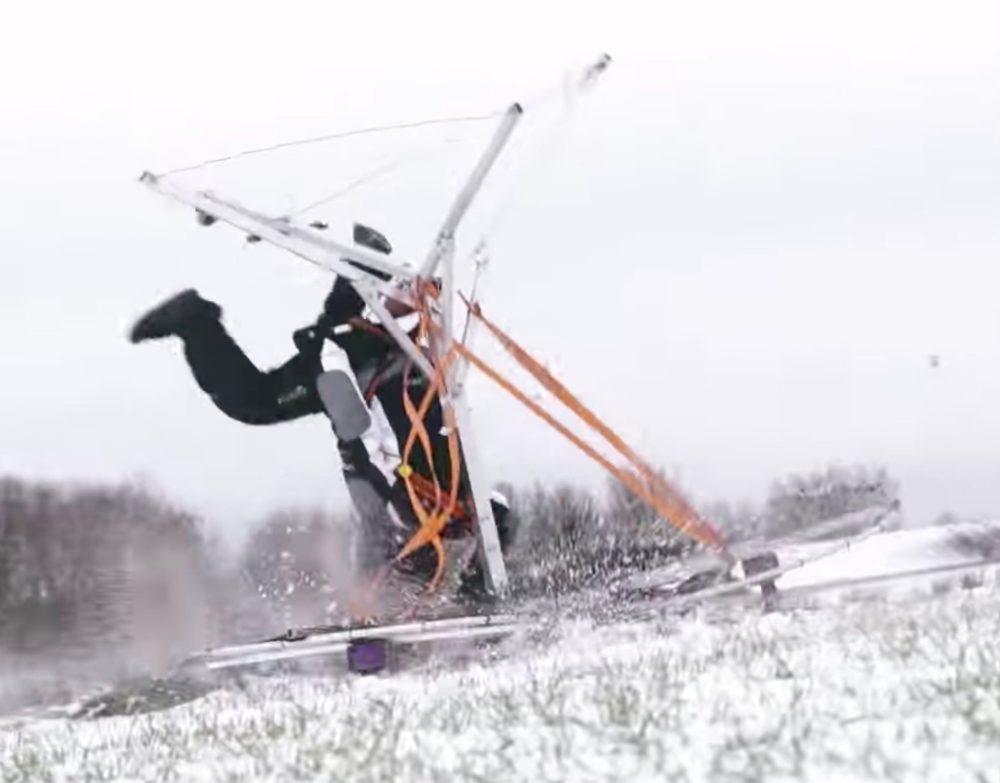 After re-evaluating the project they came up with the ingenious idea of using a bathtub as a crash protection and cockpit construction. Sounds crazy? Yes, but it did the job just fine as you can see in the video below.

Initially, they used 12 hp brushless electromotors from the brand Hacker supplied by Conrad Electronics in Germany, but later had to switch to 20 hp motors to get enough lift.

The Real Life Guys have more crazy and ingenious ideas up their sleeves. Check out their channel right here.