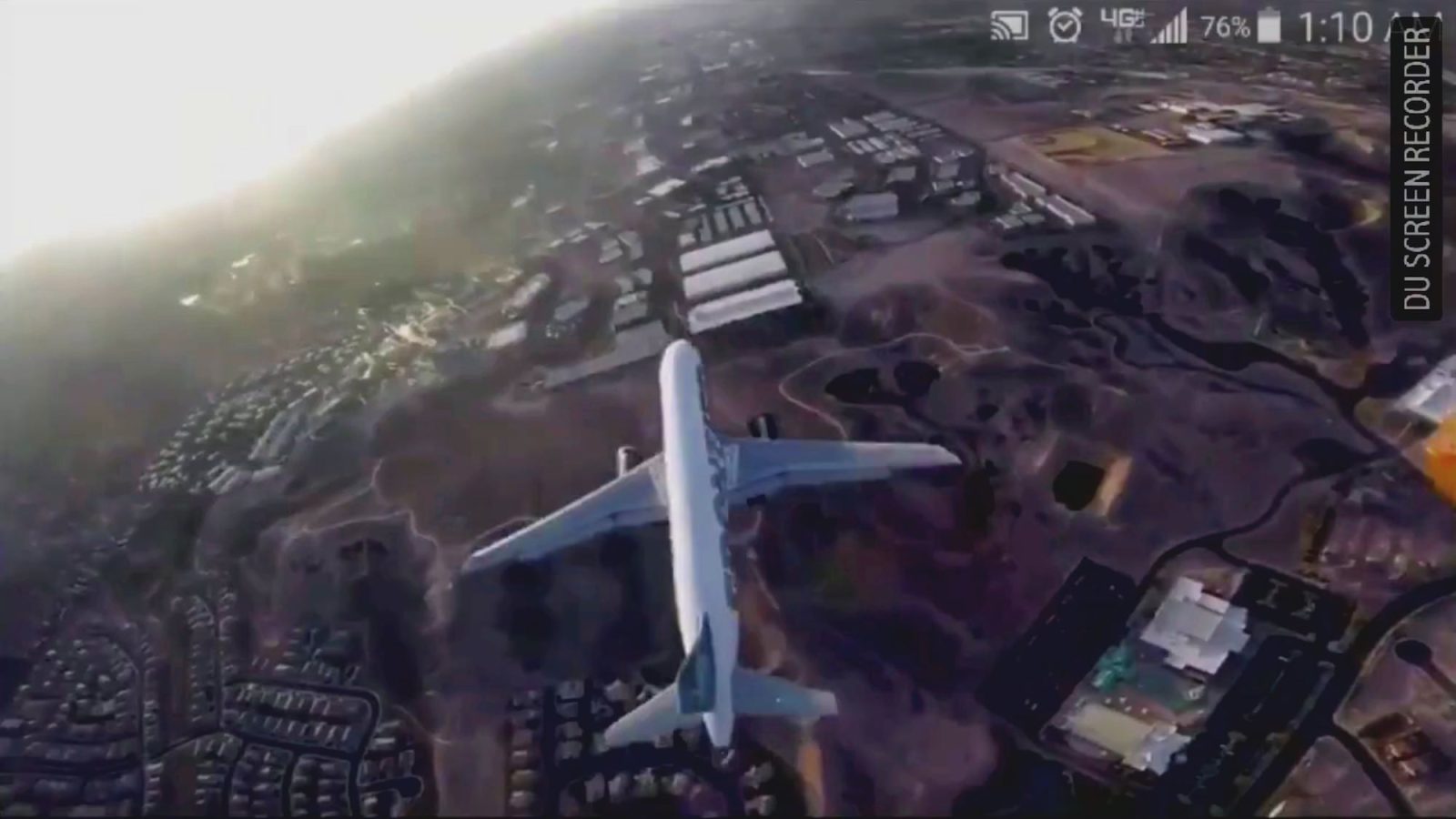 The Federal Aviation Administration (FAA) is launching an investigation into a drone pilot looping his or her unmanned aerial vehicle over a passenger jet landing at McCarran International Airport in Las Vegas. It is unknown when this incident took place, but whoever was flying this drone, could face stiff fines and even criminal charges as it is illegal to fly a drone near an airport. Let alone this close over a landing passenger jet, endangering the lives of the people on board that plane.

This video is not the first drone incident we report on but it sure is the most reckless video we have seen.

The video shows a drone taking off and flying above Whitney Park as a passenger plane is approaching McCarran Internation Airport. The drone loops over the plane while keeping it in its sight. Watching the video, you cannot help but think that the drone’s actions are very deliberate as if the pilot thinks it is all fun and games. Of course, the drone pilot’s actions are anything but fun and games and if the actions were indeed deliberate, the drone operator is playing with the lives of all the passengers on board the plane.

Ian Gregor from the Federal Aviation Administration stated that:

“We became aware of this incident this afternoon and we are investigating.”

Drone U an community of unmanned aerial vehicles enthusiasts condemned the pilot’s actions in a statement:

“This pilot’s actions not only endangered the flying public but has the potential to discredit an entire sUAS industry. It is the opinion of Drone U and its members that the pilot receives swift and just punishment for this example of irresponsible and reckless flight. There is no excuse for this type of criminal behavior.”

We, from DroneDJ, fully agree with Drone U’s statement. Enjoy flying your drone, but do so in a responsible way. Go here if you need to refresh your knowledge of the FAA drone-flying rules and regulations.