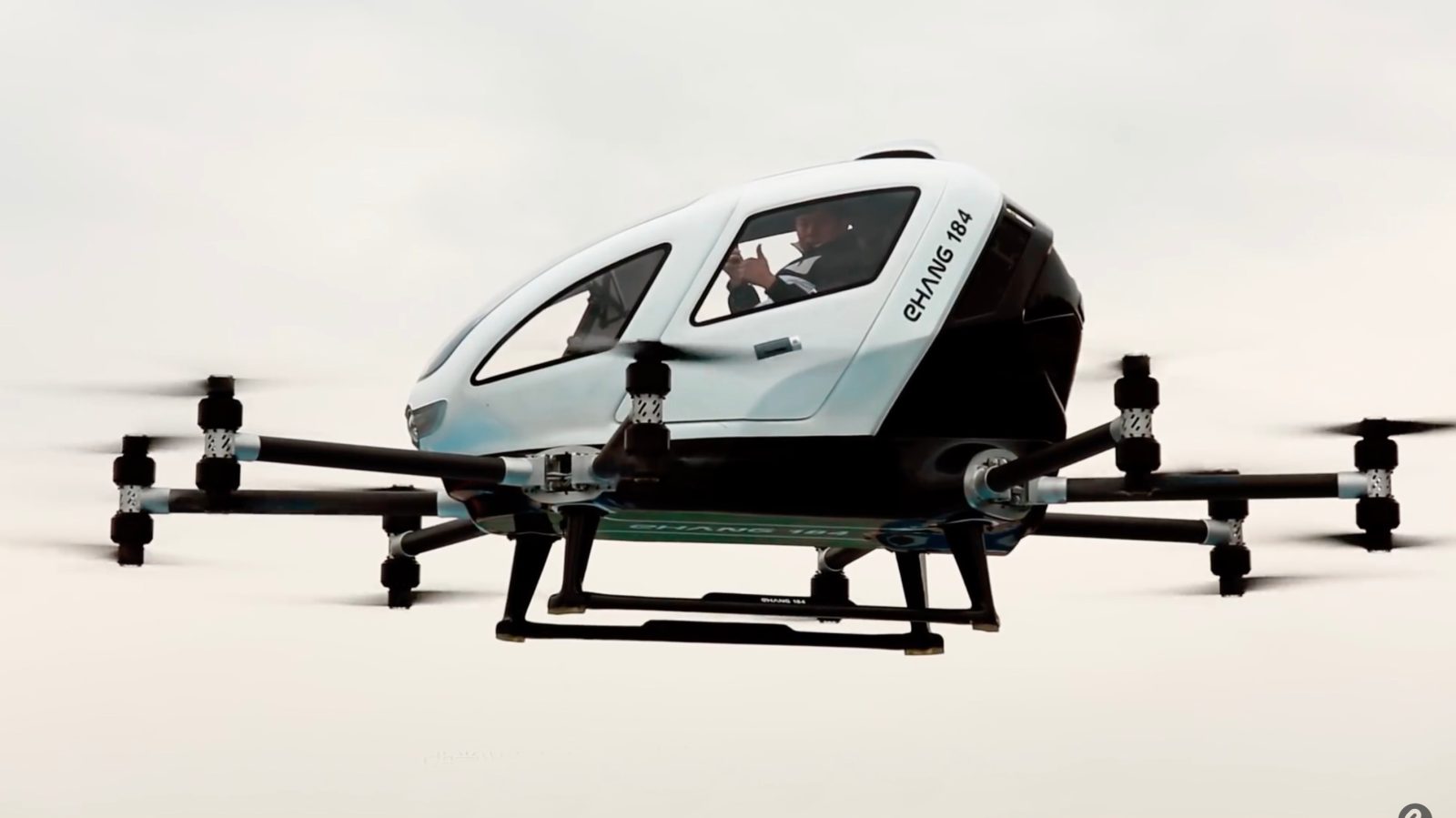 Only two years ago at CES in Las Vegas, Ehang promised to deliver an autonomous, passenger-carrying taxi-drone and in a video released by Ehang today, it shows that they have. Over the last couple of months, Ehang has conducted over 1,000 test flights with human passengers on board. In the video below they even show how they send their company officials for a test flight in the Ehang 184.

More than 1,000 manned test flights with the Ehang 184 taxi-drone

Today, Ehang released a video that shows all kinds of test flights they have conducted over the last couple of months. The Chinese taxi-drone company states that they have successfully completed over 1,000 flights with human passengers, among whom many company officials.

Not only did Ehang conduct manned flights, they have also performed many other tests, including a high-speed cruising test at 80.7 mph, a routed test flight covering 9.3 miles, a test carrying over 500 Lbs and a vertical climb test up to 984-foot altitude.

Ehang did not stop there, they also flew the Ehang 184 in various weather conditions, such as very hot days, dense fog days, night flights and even flight during gale-force winds. In a statement, the founder and CEO Huazhi Hu said:

“What we’re doing isn’t an extreme sport, so the safety of each passenger always comes first. Now that we’ve successfully tested the Ehang 184, I’m really excited to see what the future holds for us in terms of air mobility.”

Among the passengers who participated in the test flights were many of the company’s officials as well as the deputy mayor of Guangzhou, WANG Dong and the EHANG founder and CEO, Huazhi Hu himself.

The Ehang 184 is an all-electric taxi-drone that can carry one or two passengers for up to 10 miles or roughly 23 minutes of flight. The passengers do not have to actively pilot the aircraft as it able to fly autonomously to its destination. According to Ehang, the taxi-drone is able to take-off by itself, fly a route, sense and avoid obstacles and land. According to The Verge, Ehang has permission from the state of Nevada to start testing the Ehang 184 at an FAA-approved drone testing site.