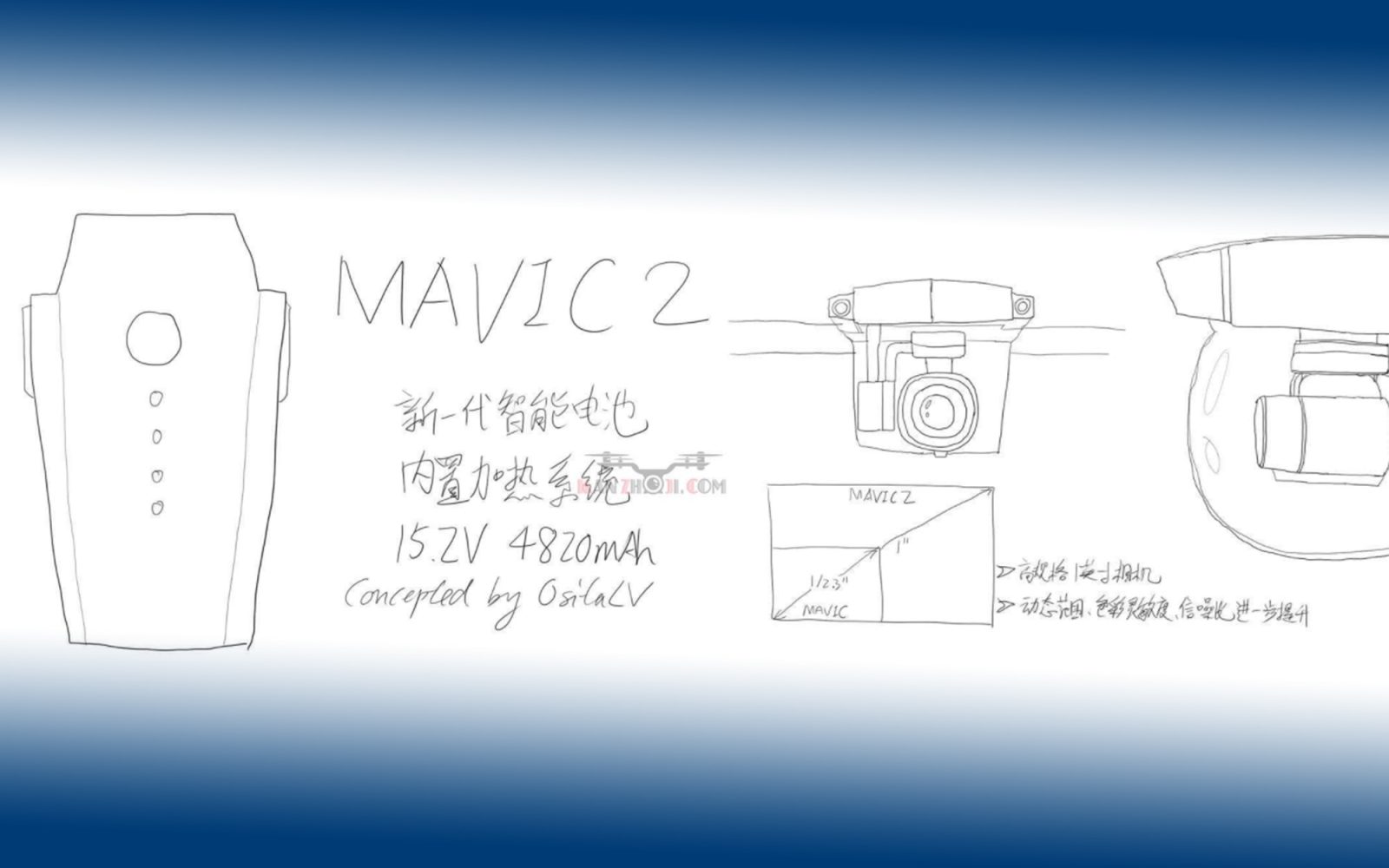 Just a short post this time to summarize all the information, we have seen about the new Mavic Pro II (or Mavic Pro 2). This post contains some old rumors as well as some that have surfaced today. We wanted to make a list of all the specifications that have been rumored up till today as an easy point of reference. A lot of the information has come from a single source, but as we have seen with the launch of the Zenmuse X7, the Osmo Mobile 2 and the Mavic Air, more sources will come forward as we approach the launch date.

All the Rumored specs of the Mavic Pro II

As we mentioned in our previous post, we also expect the all-new Mavic Pro II to carry over many of the new technologies that have been introduced with the Mavic Air, such as APAS, 3D sensing and obstacle-avoidance (front, bottom, and rear). It should have the new features such as Astroid, Boomerang and Panorama photos with a push of a button.

A lot of the really early information comes from a single source on Twitter, OsitaLV and eventhough not all his predictions have come through, he has been far more right than wrong. So, keep that in mind when you read through this list. Like, I said at the beginning of this article we expect more sources to come forward and more leaks to occur as we get closer to the official launch date of the new DJI Mavic Pro II, which for now we will keep at March 22nd.