DJI Mavic Air, a smaller, lighter and faster drone to be unveiled in NYC on Jan 23rd? 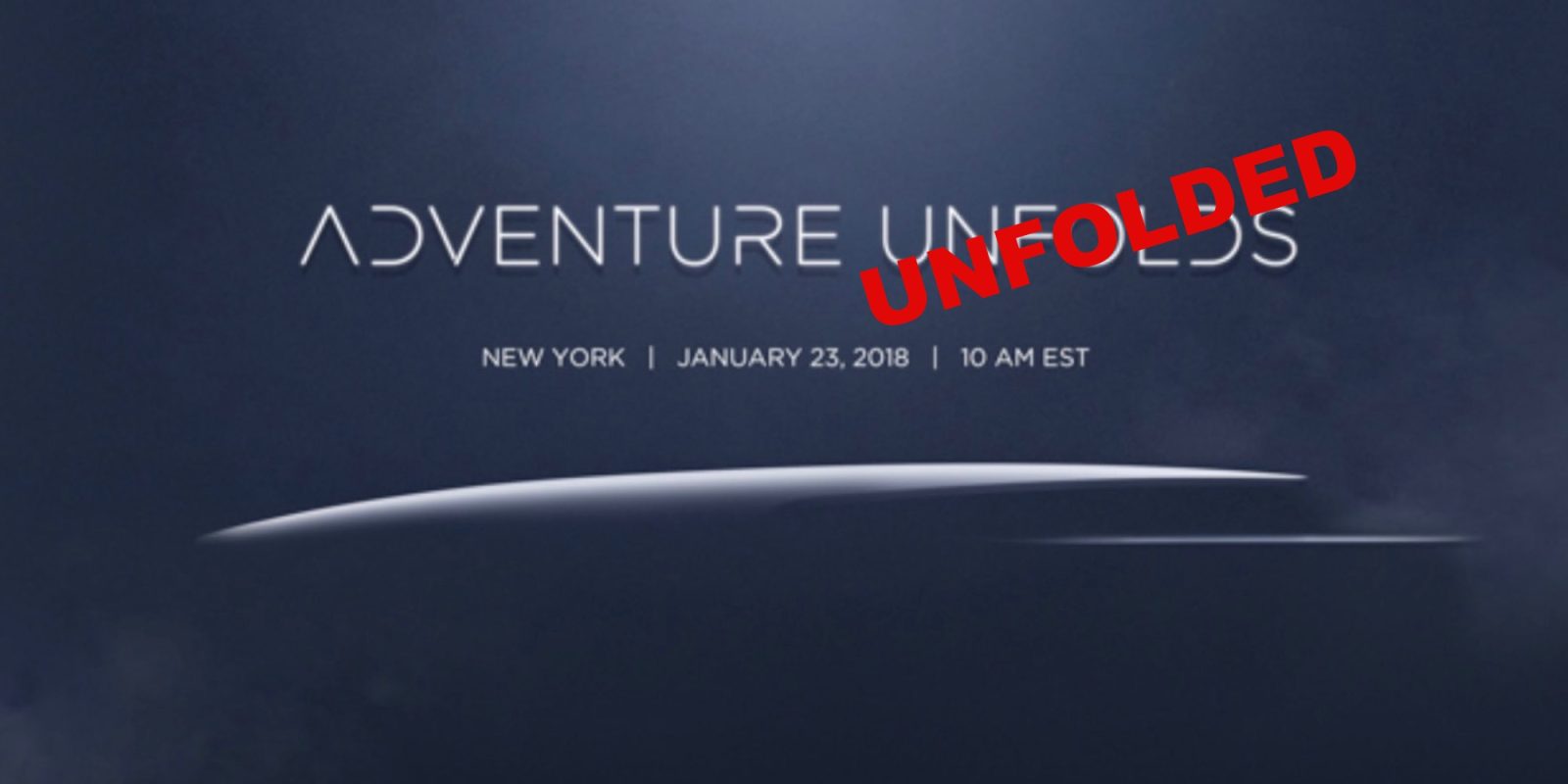 This morning, we received DJI’s invitation to its “Adventure Unfolds” event in New York City that will take place on January 23rd.

The invitation seems to provide two clues as to what the Chinese drone manufacturer may be introducing later this month. We think it will be a new version of the Mavic Pro drone that is smaller, lighter and faster. We also believe it will be called the DJI Mavic Air. Read on and see how this adventure may unfold.

Update on 1/16: DJI just released their teaser video for the event.

Update 3 on 1/17: dual cameras with a zoom feature for the Mavic Air?

Earlier today we ‘stumbled’ upon an old forum post that talks about a new DJI store opening in Brisbane, Australia. The post references two potential DJI employees that shared information about upcoming DJI drones. Here is part of the original text:

The guys there seemed straight from DJI as one could barely speak English. Not sure if the other guy was trolling or not but he couldn’t help but share information about 2 new DJI models “coming soon”. A “Mavic Air” smaller than the current Mavic but still with folding arms and a “toy” model smaller than the Spark which does flips.

The thing that makes this post so interesting is that part of the prediction already came true. The small toy drone, smaller than the Spark, that they are referring to is the Tello drone that was introduced this week at CES. It also does a flip.

Does that mean that the other part might be true as well? We think it might well be. If you look at the DJI invitation, it seems that they are giving us two clues: 1) “Adventure Unfolds” and 2) the silhouette of an aerodynamic device, that with some imagination may well be a new streamlined version of the Mavic Pro with its legs folded.

Would it make sense for DJI to launch a smaller, lighter and potentially faster, foldable drone, that slots in right below the original Mavic Pro? We think it would. Currently, there is somewhat of a price gap between the Spark and the Mavic Pro. A new smaller Mavic Air would fit nicely in between if it was priced in the $600 to $900 price range.

Introducing a less expensive version of an existing product seems to fit in with DJI’s strategy. DJI just did that with the redesigned Osmo Mobile 2 that was introduced at CES this week. It is priced considerably less than the outgoing model, made possible by economies of scale and slight design changes. Another example is the DJI Phantom 4 RTK drone that was announced during an event in China. Similar technology (Real-Time Kinematic) as you find on theMG-1P RTK version but now in a less expensive package that is available to more people on more budgets.

Then there is another forum posting, where somebody tells us that:

This was posted two weeks ago and originally included a YouTube video. Unfortunately, the video has subsequently been taken down but the reference to Bali is an interesting one. Remember the lifestyle photos we published of the Osmo Mobile 2? Were those not taken in Bali as well? It sure seems like it. See both photos below. First, the outfit of the dancers in the DJI’s photo match the outfit of the dancers at the Balinese temples in the Ubud district. Secondly, another photo shows a red Scoopy scooter, a type of scooter that is very common at the Bali bike rental places.

All in all, we think that the second forum post has some credibility to it as well.

We’ve also heard some backchannel conversations from insiders who’ve talked of a “Unicorn” prototype being prepped for launch that matches the description of the “Mavic Air”.

So with this evidence in hand, we are fairly confident that DJI will have a smaller, faster Mavic Air ready for January 23rd. Join us here for the announcement – we will be on hand – and commentary as the event unfolds.