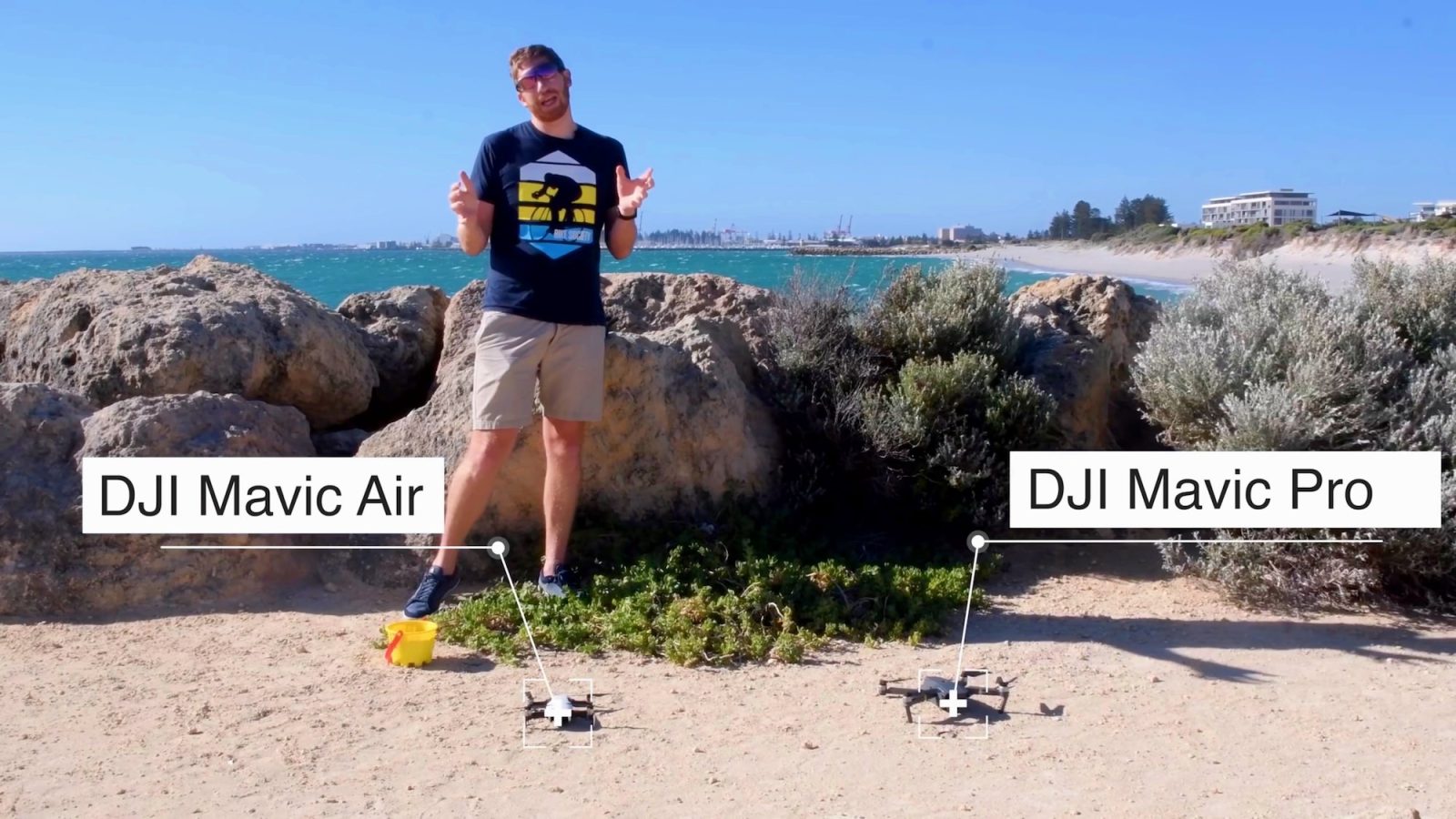 We tested the DJI Mavic Air ourselves in high winds and freezing conditions last week and came away impressed. The Mavic Air flew without any problems, even though it was being pushed around by the wind quite a bit. The video footage turned out to be very stable due to the improved gimbal on the Mavic Air. In this video, posted on YouTube today, similar results are shown and it seems that that the Mavic Air handles high winds just as well as the trusted Mavic Pro. Have a look.

DC Rainmaker uploaded another video to YouTube showing off the ability of the two foldable drones from DJI, the Mavic Air, and the Mavic Pro. He flies both drones in similar windy, but much warmer conditions, as we did last week. The wind is blowing onshore at a steady 25mph and gusting over 30mph.

The performance of the two drones is very similar. Even though the unmanned aircraft move around quite a bit, the gimbal is able to smooth out camera shake and provide really steady video footage. On forums, many people have wondered if the Mavic Air would be able to fly in high winds and deliver smooth video footage. Various testers have now confirmed that the Mavic Air is at least as good, if not slightly better because of its higher top speed, in high wind conditions.