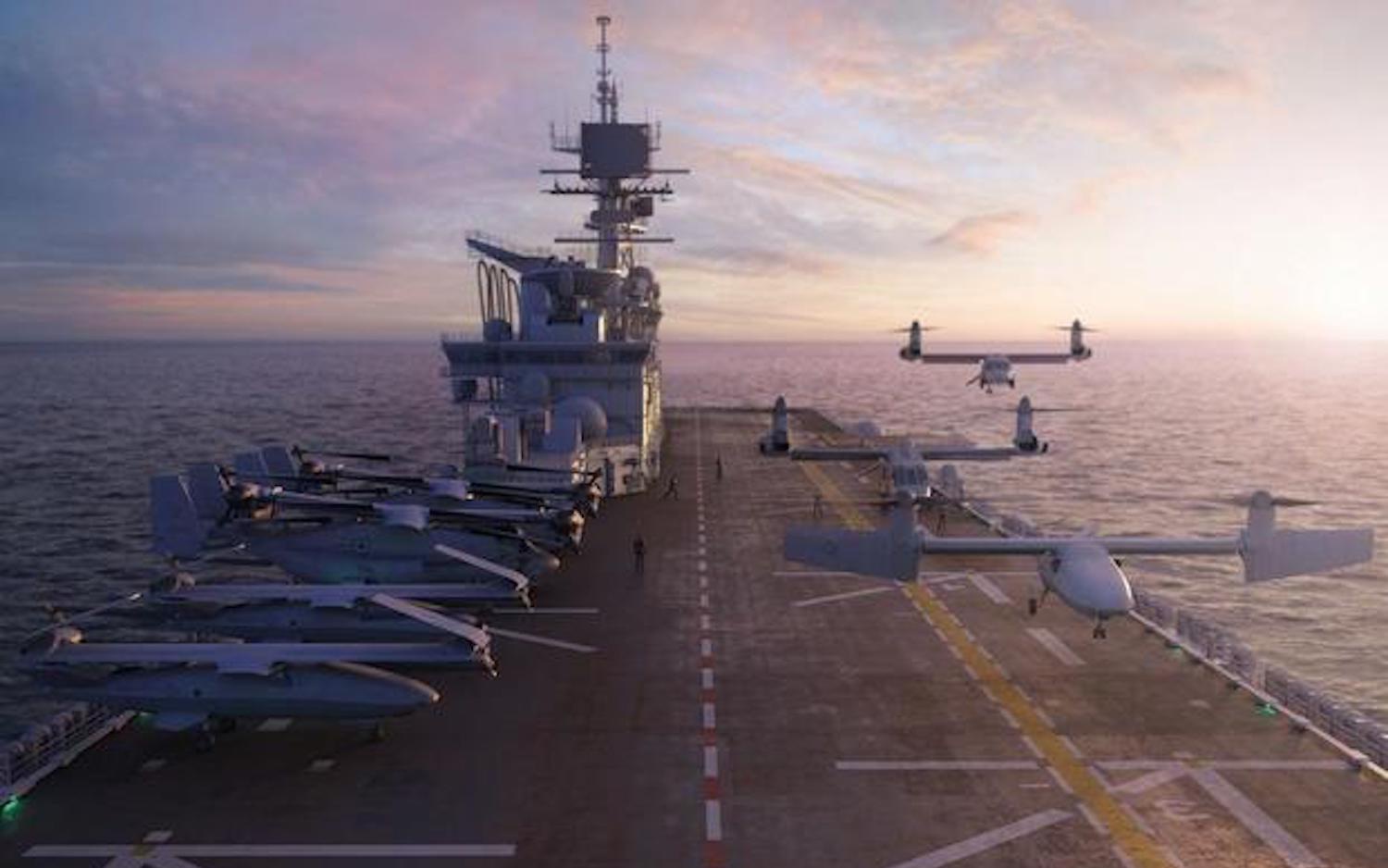 The Marine Corps just released specification of what in their view would be the ideal mega-drone. The unmanned aircraft would be able to perform Verticle-Take-Off-and-Landing (VTOL), fly up to a 700-mile radius with a full payload of 9,500 pounds at a cruising speed from 200kt to 300kt (370 km/h to 556 km/h), escort the MV-22 Osprey and other aircraft, network with other manned platforms and provide offensive air support. Like we said… a mega-drone.

Marine official first began publicly discussing their mega-drone plans in 2016. The drone is also known by the name of MUX, which stands for Marine Air Ground Task Force Unmanned Aircraft System-Expeditionary. On March 9th, a Request For Information (RFI) for the unmanned aircraft was released to the companies that are interested in designing and building it.

Back in 2016, the MUX was described by the then head of the Marine Crops aviation department, Lt. Gen. Jon Davis as a Group 5 aircraft. In addition to having a 700 nautical-mile radius, it would have to perform VTOL and be able to carry all the weapons on an F-35B, fly at 30,000 feet, and provide key electronic warfare and command-and-control capabilities. At the time Davis said:

“If we do distributed operations, we’re going to need all the game we can bring.”

According to an article on Military.com, the MUX would have to be able to carry weapons for different missions. including:

Some of the most important missions the MUX would be used for include assignments such as early warning; intelligence, surveillance, and reconnaissance; electronic warfare; and communications relay.

The Marine Corps also requires the MUX mega-drone to take off vertically, fit on a ship, receive aerial refueling and land in sketchy locations according to the RFI document.