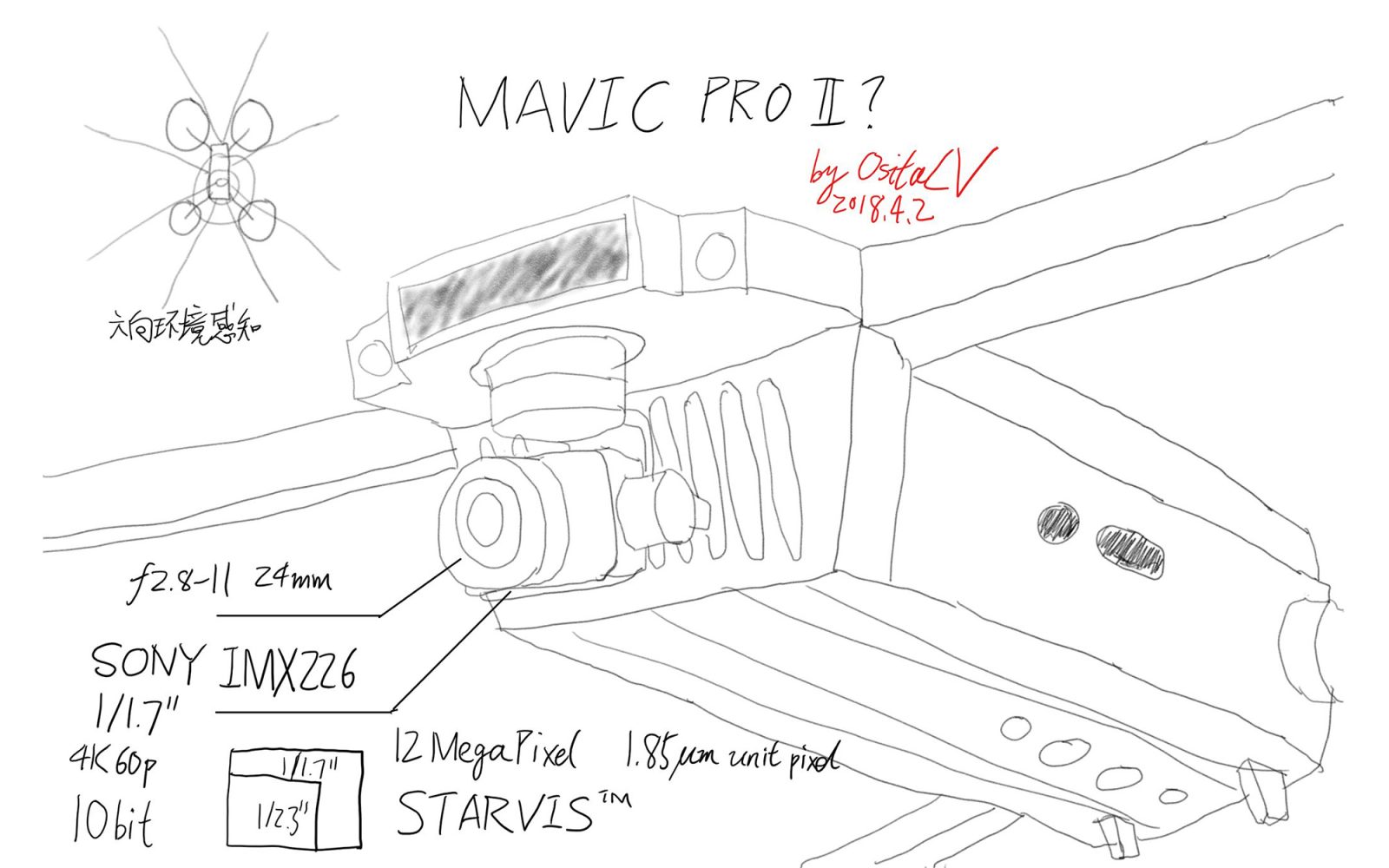 This morning we woke up to snow here in New York and to new rumored details of the 1/1.7″ image sensor for the DJI Mavic Pro II (2). According to OsitaLV, the information comes from beta-testers of the foldable drone and confirms the information from last week.

This morning, OsitaLV tweeted that beta testers of the DJI Mavic Pro II (2) informed him that the new foldable drone from DJI will have:

Improvements over the current Mavic Pro

If the rumored specs turn out to be true, the new DJI Mavic Pro II (2) will feature greatly improved image quality both for stills as well as video footage. The new 12-MP Sony IMX226 CMOS 1/1.7″ sensor is larger than the outgoing Sony IMX377 CMOS 1/2.3″ sensor, that we believe is the sensor in the current Mavic Pro. The new sensor has a larger unit cell size, 1.85 µm (H) × 1.85 µm (V) instead of 1.55 µm (H) × 1.55 µm (V). Larger cells mean improved low light performance, better dynamic range, as well as less noise. In his drawing, OsitaLV also mentions STARVIS, which is Sony’s back-illuminated pixel technology used in Sony CMOS image sensors to improve low light performance. Interestingly, the use of this sensor was first speculated on this forum.

The new DJI Mavic Pro II (2) is rumored to have a variable aperture from f/2.8-11. This represents a significant improvement for video shooters over the outgoing Mavic Pro, which is outfitted with a fixed f/2.2 aperture. Where the current Mavic Pro only has the ability to change the shutter speed and ISO to compensate for changing lighting conditions, the new Mavic Pro II (2) will have a variable aperture, i.e. allowing you to keep your shutter speed fixed for more cinematic looking footage and only change the aperture or ISO to compensate for changes in light.

In earlier rumors, OsitaLV informed us that the new DJI Mavic Pro II (2) would be released late in March, which obviously didn’t happen. Then he mentioned that the release of the foldable drone might be later this spring and in his tweet today he states, ‘release date unknown.’  Let’s hope that this doesn’t mean the introduction of the eagerly awaited drone from DJI will be delayed.

Second, 3rd-gen prototype has obstacle avoidance in every direction and it has a silver gray shell, a little bit darker than Mavic Pro Platinum. I didn't see the true thing, just let you know. Be prepared!