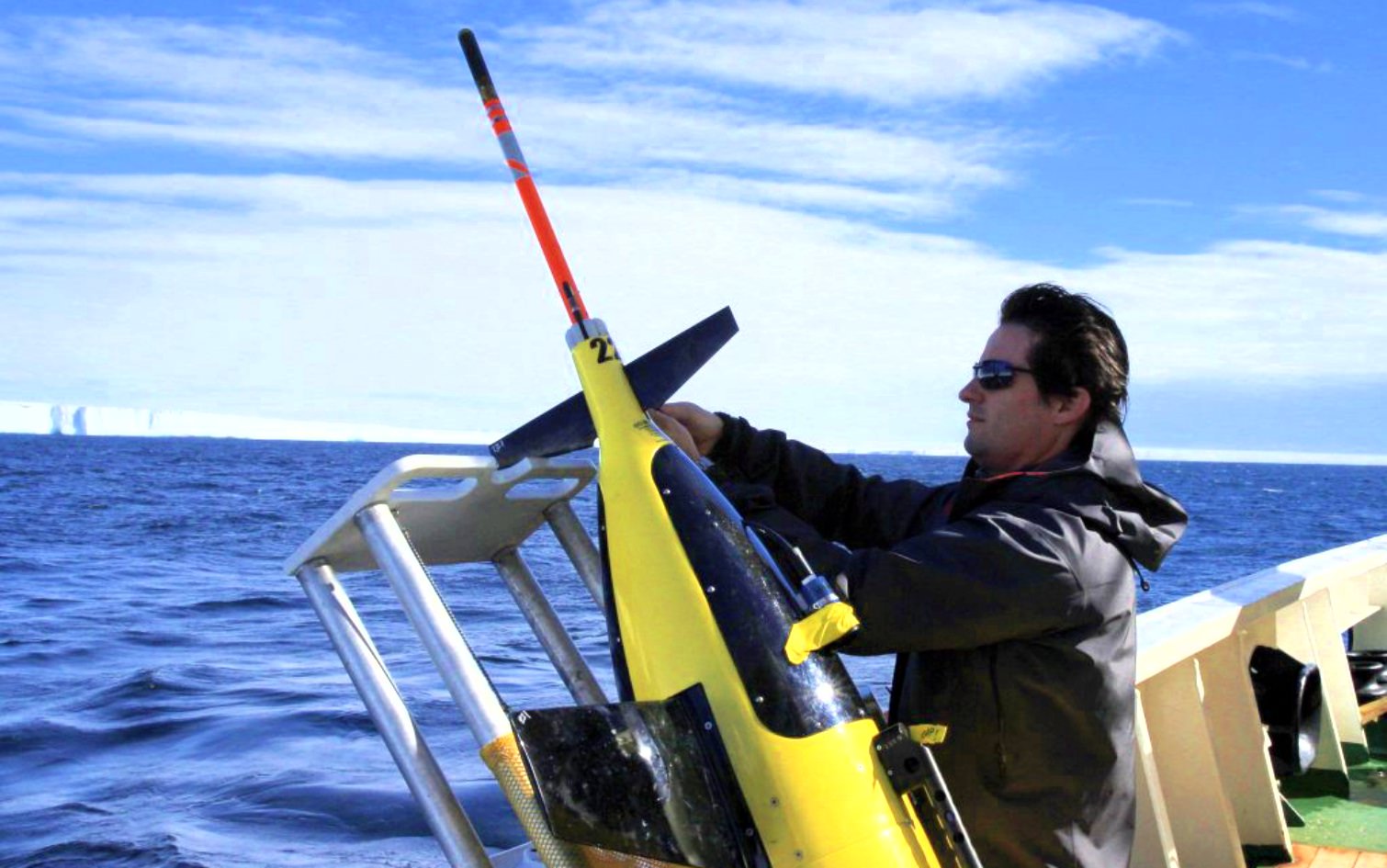 Three drones, called Seagliders, have been positioned underneath West Antarctica’s Dotson Ice Shelf to monitor the ebb and flow of ice autonomously during the Antarctic winter. The drones are part of a larger system designed by a team of scientists from the University of Washington and Columbia University’s Lamont-Doherty Earth Observatory to study how the Antarctic ice shelf is affected by climate change.

Supported with almost $2 million in funding from Microsoft co-founder Paul Allen, a team of scientists from the University of Washington and Columbia University’s Lamont-Doherty Earth Observatory has successfully deployed three underwater drones to study how the Antarctic ice shelf is affected by climate change.

The system is designed to monitor the ebb and flow of ice autonomously during the Antarctic winter. It consists of the three self-propelled, battery-powered drones, called Seagliders and a number of free-floating probes.

“We are so pleased with both the initial data collection and the unprecedented operational success of the mission thus far,” Spencer Reeder, director of climate and energy for Paul G. Allen Philanthropies, said in a news release. “It is hard to fathom that we have already witnessed multiple fully autonomous Seaglider forays of up to 140 kilometers round-trip under the ice shelf. This is truly a breakthrough use of technology that has opened up new research approaches to understanding the dynamics of these critical coastal ice sheets.”

In January of this year, the drones were put into the water from the South Korean icebreaker Araon and are positioned underneath West Antarctica’s Dotson Ice Shelf.

In an article from GeekWire, the scientists said they were pleased with how well the drones were able to navigate their way underneath the ice shelf and through various crevasses.

As the winter will be set in the Antarctic, the drones will become trapped underneath the ice until it breaks up again in November. During those nine months, the drones will be in some sort of hibernation mode. They will mostly hover about 260 feet beneath the surface to conserve battery power. Once a month one of the Seagliders will be prompted to collect information about the ocean conditions. The unmanned devices will collect information on temperature, salinity, oxygen and other metrics that previously was impossible to collect. The data will be stored in the drones and will not be transmitted until the drones are able to surface again. The team of researchers will not know if the drones have survived the winter until the satellite transmission comes in.

One of the scientists on the team, Columbia University oceanographer Pierre Dutrieux said that he is not taking anything for granted even though the drones have been successful so far. He said:

“In my experience, anytime you do work in the field, there’s always something that goes wrong — something that you didn’t plan for, particularly when you’re operating in a totally new environment like this.”

What do you think about drones being used to study climate change? Let us know in the comments below.