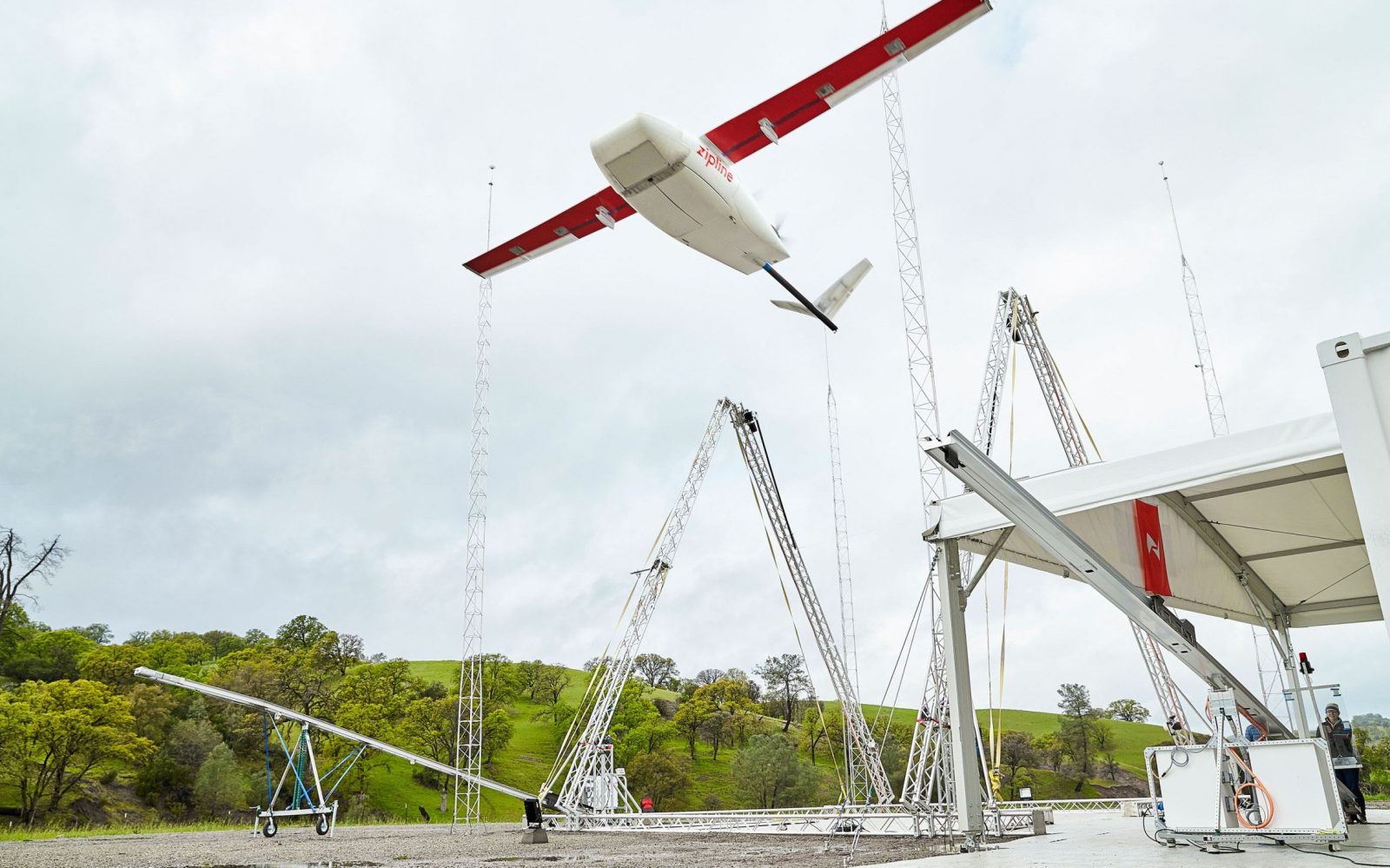 A few years ago, the California-based startup company, Zipline started a nationwide drone blood delivery system in Rwanda. Since then they have flown some 187,500 miles, delivering over 7,000 units of blood in more than 4,000 flights. The company is now introducing a new fixed wing drone, which they claim is the world’s fastest delivery drone with a top speed of almost 80 mph. Zipline has also re-designed their distribution centers and logistical operations to bring the time it takes to get a drone ready from 10 minutes to only one.

Zipline’s new drone is launched just as the US is about to loosen up the rules with regard to drone operations. The company hopes that their new drone, which is both faster and easier to maintain, will help them attract new business.

The drone delivery industry has attracted intests from many large companies such as Amazon, which has been testing drones in the UK, Google, that has been delivering burrito’s in Australia, Boeing, that has created a drone capable of lifting 500 pounds and GE, that is involved together with Amazon, Google and Boeing in developing an Unmanned Traffic System. However none of these giants seem to have a track record of drone deliveries quite like Zipline. Their main advantage has been that the company has operated in an environment (Rwanda) with a lot less stringent drone regulations than in the US or Europe. Zipline recently expanded their operations to Tanzania.

In an article in Technology Review, Keller Rinaudo, Zipline’s CEO said that the company had overhauled their logistics system and not just their drones. They have revamped their distribution centers where the drones are stored and prepared and as a result they have been able to reduce the time to get a drone in the air to make a delivery from 10 minutes to only one. Together with the new drone, that requires less maintenance, and an improved launch-and-recovery system, this means that Zipline can now manage 500 drone flights a day from a single distribution center. Previously, Zipline was able to manage 50 drone delivery flights per day. The new drone can carry a payload of up to almost 4 pounds on a roundtrip of 100 miles at a top speed of almost 80 mph, it said in their press release.

The faster operations and the faster drone will give Zipline the edge when it comes to delivering urgent medical supplies such as blood and medication. The company has already signed partnerships with health-care companies in the US and they are hopeful to have drone delivery trials up and running before the end of the year as part of the UAS Integration Pilot Program. The program was launched late last year and is meant to speed up drone innovation in the US. So far 149 companies have suibmitted proposals and the Federal Aviation Administration (FAA) is expected to select at least 10 of them to start drone trials as soon as May. Under this program companies will be allowed to fly beyond line-of-sight to make deliveries my drone. Something that is not allowed under the current drone regulations.

Rinaudo’s said that  “The biggest thing we learned [in Africa] is that speed is everything. We’ve shown that this technology can save lives abroad; now we’re going to show that it can save lives in the US too.”

In Rwanda, Zipline has shown that drones can deliver blood and medication in 15 minutes whereas traditional delivery methods would have taken up to four hours. In some cases in the US the advantage of delivery by drone can be much larger, bringing a delivery time of 24 hours down to 90 minutes.

What do you think about drone deliveries? Let us know in the comments below.