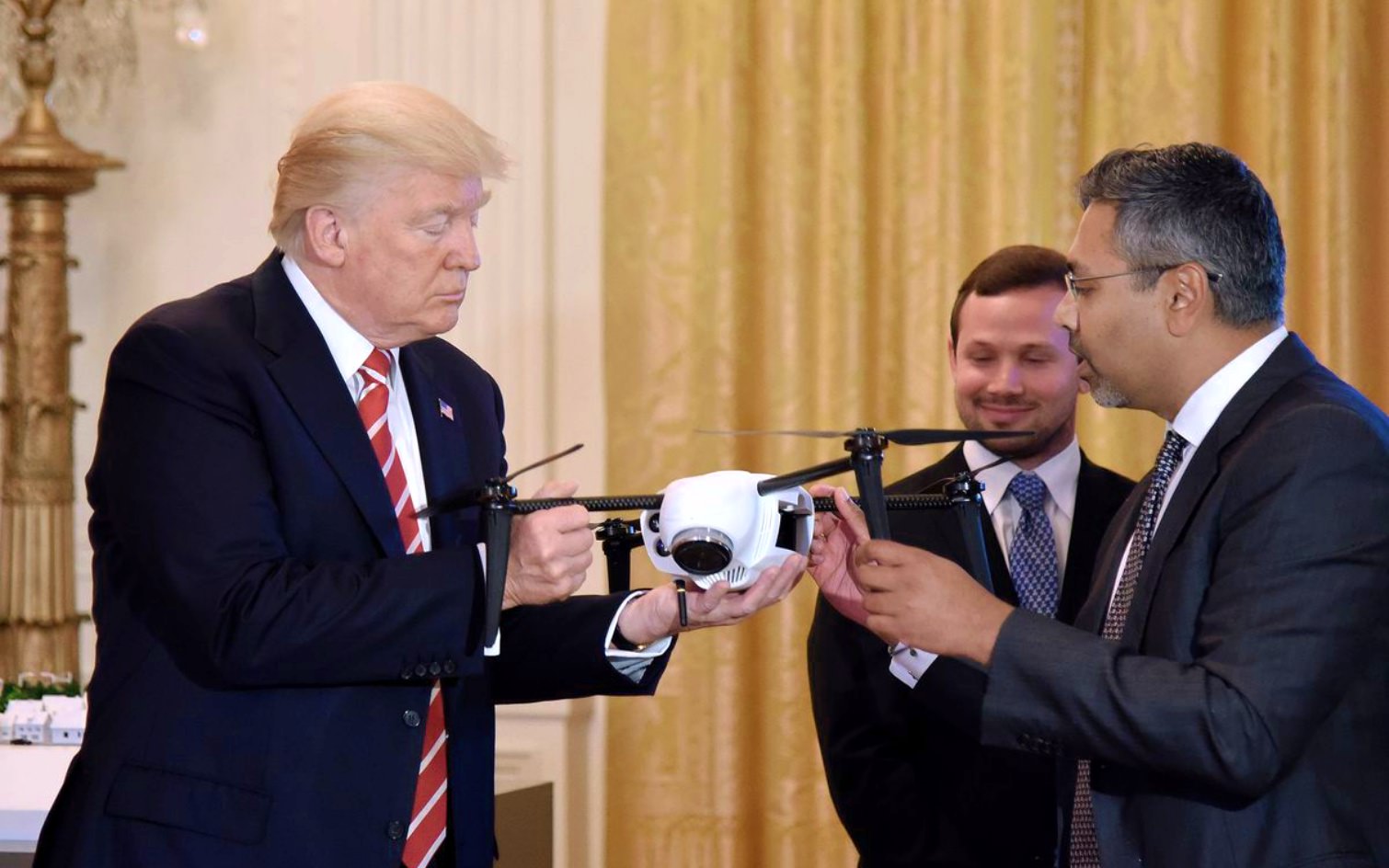 Governments around the world are becoming increasingly concerned about drone incidents and drone threats. And when you have seen photos or videos of drones being jerry-rigged to drop grenades, you understand why. According to a copy of a legislative proposal obtained by The Washington Post, the Trump administration is seeking authority to intercept drone communications to defend against any possible drone attacks in the U.S. The administration asked Congress to give more powers to the Homeland Security and Justice Departments to track, reroute or destroy drones that are perceived to be a threat.

According to The Washington Post, a legislative proposal from the Trump administration seeks to give additional powers to officials of the Homeland Security and Justice Departments and their contractors to intercept electronic communications between drones and the drone pilots. Officials say that currently their ability to protect sensitive facilities is restricted by laws that prevent them from tapping into the electronic communication stream, and at the same time, the number of affordable and powerful drones that could pose a threat grows rapidly.

It remains unclear which sensitive facilities exactly would fall under the new legislation. The proposal describes a “risk-based assessment” to determine which facilities would be included. It also includes regulations and guidance that would not have to be disclosed under the Freedom of Information Act.

The newspaper refers to another document that accompanied the legislative proposal, which says:

The legislative proposal surfaces weeks before the Department of Transportation is expected to announce which drone trials have been selected as part of the “Unmanned Aircraft Systems Integration Pilot” program that was launched by the White House in October last year in an effort to push the expansion of drone use throughout the country.

Drone proponents such as Amazon, Google, Boeing, Zipline and others are anxious to start testing their drone applications in ways that are not allowed under the current rules and regulations of the Federal Aviation Administration (FAA), such as flying beyond line-of-sight, at night and over densely populated areas such as cities and suburbs.

Security officials have been warning about the dangers of drones in our society. The pilot program and the new proposed legislation are designed to address these concerns. The legislative proposal specifies certain “facilities and assets” where authorities would be allowed to interfere with drone communications and take down the unmanned aerial devices if needed. Some examples are Secret Service protection missions; operations to protect federal judges and witnesses; efforts to secure Coast Guard and Customs and Border Protection vessels; and Federal Bureau of Prisons facilities. Designated “national special security events,” such as international summits, inaugurations, and major sporting events.

Supporting documents state that administration officials are only looking to address “a narrowly defined set of sensitive missions.” However, it would be up to the departments in consultation with the secretary of transportation to determine how narrowly the authorities would be applied. Other examples in the legislative proposal also show that there is significant leeway for federal judgments, which in turn raises First Amendment and other concerns. Laura K. Donohue, director of the Center on National Security and the Law at Georgetown University Law Center said:

“The federal government could intercept any footage and destroy the drone and be fully within the statute — even if the area is state land,”

The Trump administration tried to introduce anti-drone measures for several federal agencies last year but that request was rejected as being too broad. This time the proposal is more incremental and “enables strong and effective oversight and coordination, while protecting privacy, civil liberties, and the safety and efficiency of the national airspace.” The proposed legislative changes would remain in effect until the end of 2023 with a possible extension of 180 days.

President Trump has signed a bill in December that significantly expands the anti-drone powers of the Defense Department. Apart from re-introducing the FAA registration requirement, the bill also allowed the Department of Defense to ” use reasonable force to disable, damage, or destroy the unmanned aircraft system or unmanned aircraft.”

While the discussion on drone countermeasures allowed under federal law is still ongoing, many officials on state and local level are concerned that their power will remain limited when it comes to mitigating the threat of rogue drones.

Federal Aviation Administration (FAA) officials have said that widespread drone use will require almost all drones to have some sort of electronic identification number that can be accessed remotely.

Late last year, DJI introduced Aeroscope in an effort to proactively come up with a solution with no impact on the aerodynamics or battery-life of unmanned aerial vehicles. The Chinese drone manufacturer fears that the remote drone identification that may be proposed by the government add unwanted weight and energy-sapping components that will hinder the design and performance of their drones.

What do you think about the proposed additional powers for the Homeland Security and Justice Departments to track, reroute or destroy drones that are perceived to be a threat? Let us know in the comments below.