Additional photos of the new Phantom 5 or 4 Pro V2.0 show 2 drones. Prototypes or the real deal? 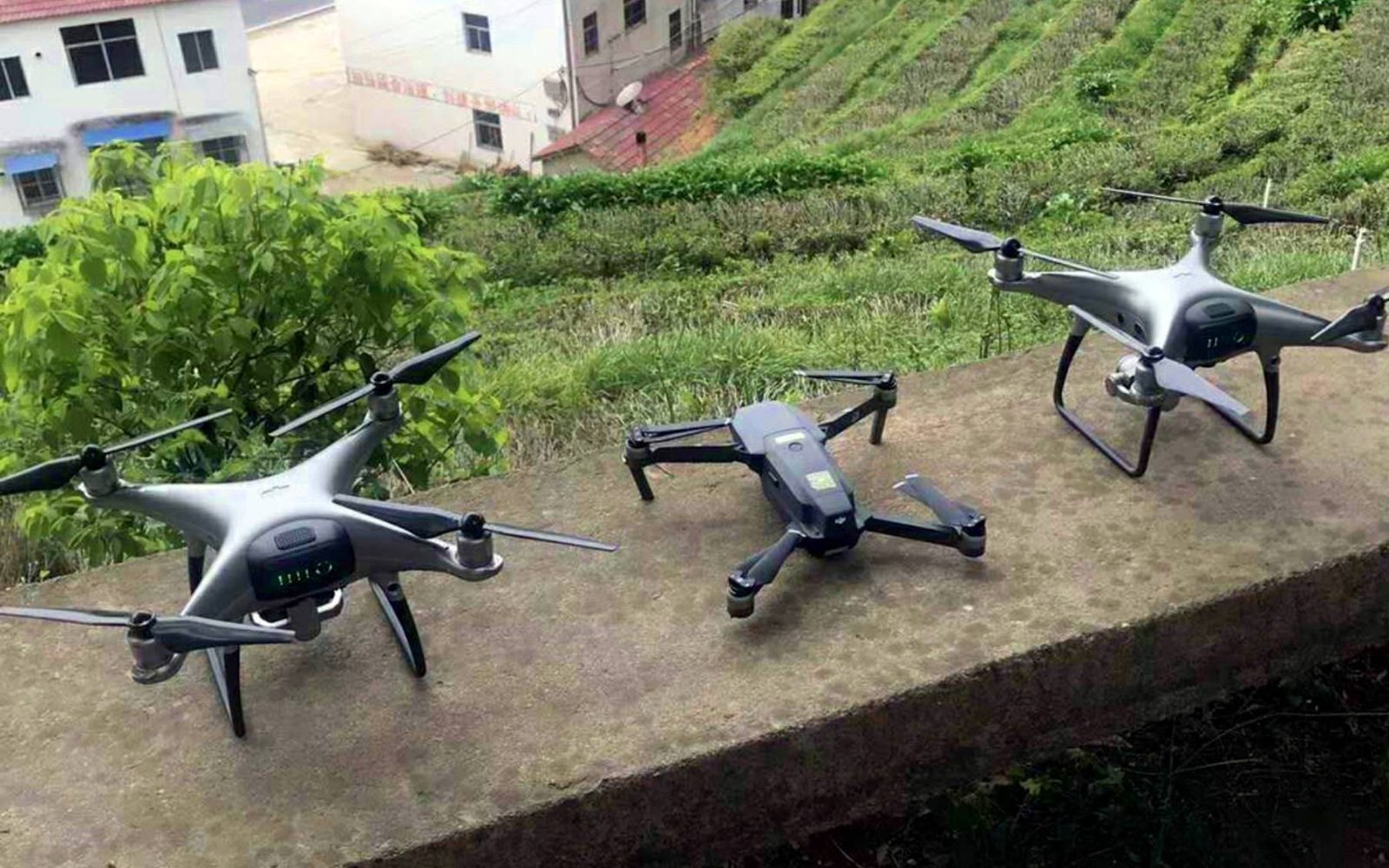 It takes two to tango

The photos show the same green bag as well as the Mavic Pro drone we have seen before. More importantly, though, both photos also show two DJI Phantom drones. The first photo shows one Phantom flying and the Mavic Pro and second Phantom positioned on a wall. The second photo shows all three drones next to each other on presumingly the same wall.

The photos don’t really show us any new information other than that there are two identical grey aluminum Phantoms and at least one of them actually flies.

What are we looking at here?

It seems that the case for the custom-built drone is getting weaker. The fact that there are two drones presumingly with the interchangeable lens system, that is marked with DJI text in combination with the recent FCC filings, seems to indicate that these would indeed be new DJI Phantoms.

So, then the question becomes, are we looking at the DJI Phantom 5 or the Phantom 4 Pro V2.0?

Again, recent FCC filings would hint at the Phantom 4 Pro V2.0, however, these two drones do not show the ‘silent’ props we have seen earlier. On the other hand, they do seem to feature the same form factor as the current Phantom 4 Pro so maybe we are looking at the P4P V2.0 here?

The last option would be a new generation Phantom, i.e. the Phantom 5. However, in that case, wouldn’t you expect DJI to improve the form factor or aerodynamic design of the drone? Similarly to how the design of the DJI Mavic Air was such an improvement over previous DJI drones? Or maybe these are just prototypes?

So far the new photos bring us a lot of questions and very few answers. What do you think? Take the poll below and let everybody know what you think we are looking at here.

Btw – these photos are not from @OsitaLV but from a new source, @G5Os6VaKOFsHynk