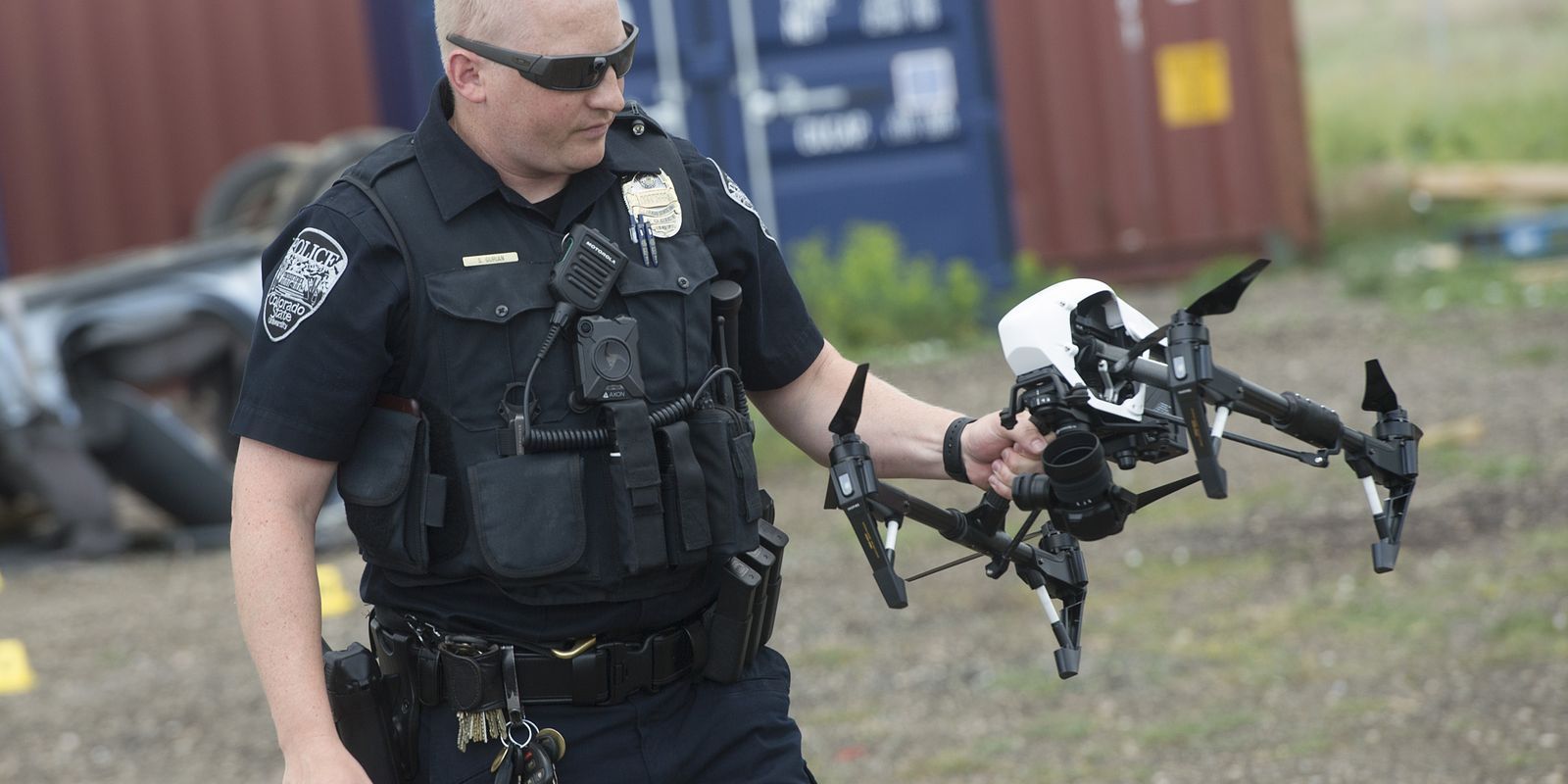 Police officers from five law enforcement agencies used a spike strip, a drone with a thermal camera and a K-9 unit to locate a fleeing suspect early Tuesday morning. After the spike-strip punctured the car’s tires, the suspect fled on foot. At that point, the officers from Greenfield, WI deployed a drone, and the canine officer from the Waukesha County Sheriff’s Department’s K-9 unit released their dog. In the end, the dog found the suspect before the drone did.

Drones with thermal cameras are being used in increasing frequency by police departments, SWAT teams, firemen and first responders. Capt. Ray Radakovich, of the Greenfield Police Department, told the Journal Sentinel that his agency had bought the drone only four months ago, mainly to map out crimes scenes and take photos. However, last Tuesday morning the drone, which is outfitted with a thermal camera was put to use in the search of a 20-year-old Missippi man.

The suspect was initially pulled over for not having registration plates, while driving on Interstate 43, near the Waukesha County border. Capt. Dave Gerber of the Walworth County Sheriff’s Office said that after having given a verbal identification the suspect fled the scene in a Kia, reaching speeds of up to 113 mph. Once the suspect entered Waukesha County, the New Berlin police joined the pursuit and were able to puncture the vehicle’s tires with a spike strip. The suspect kept on driving but at some point crashed into a road construction sign near 116th Street in Greenfield.

The suspect then continued to flee on foot and at that point, the Greenfield officers deployed a drone, and the canine officer from the Waukesha County Sheriff’s Department’s K-9 unit released their dog. The dog found the suspect before the officers were able to with the help of the thermal drone. The police took the man, who had suffered minor injuries in custody. The incident is currently under investigation and charges are still pending.

According to a news release from the New Berlin police, Officials from the Greenfield Fire Department, Hales Corners Police Department, and Milwaukee County Sheriff’s Office also responded to the incident.

What do you think about police officers turning to drone with thermal cameras to search for suspects? Let us know in the comments below.