Drone used to study rookery on little Lenore Island, on the Caloosahatchee River in Florida. 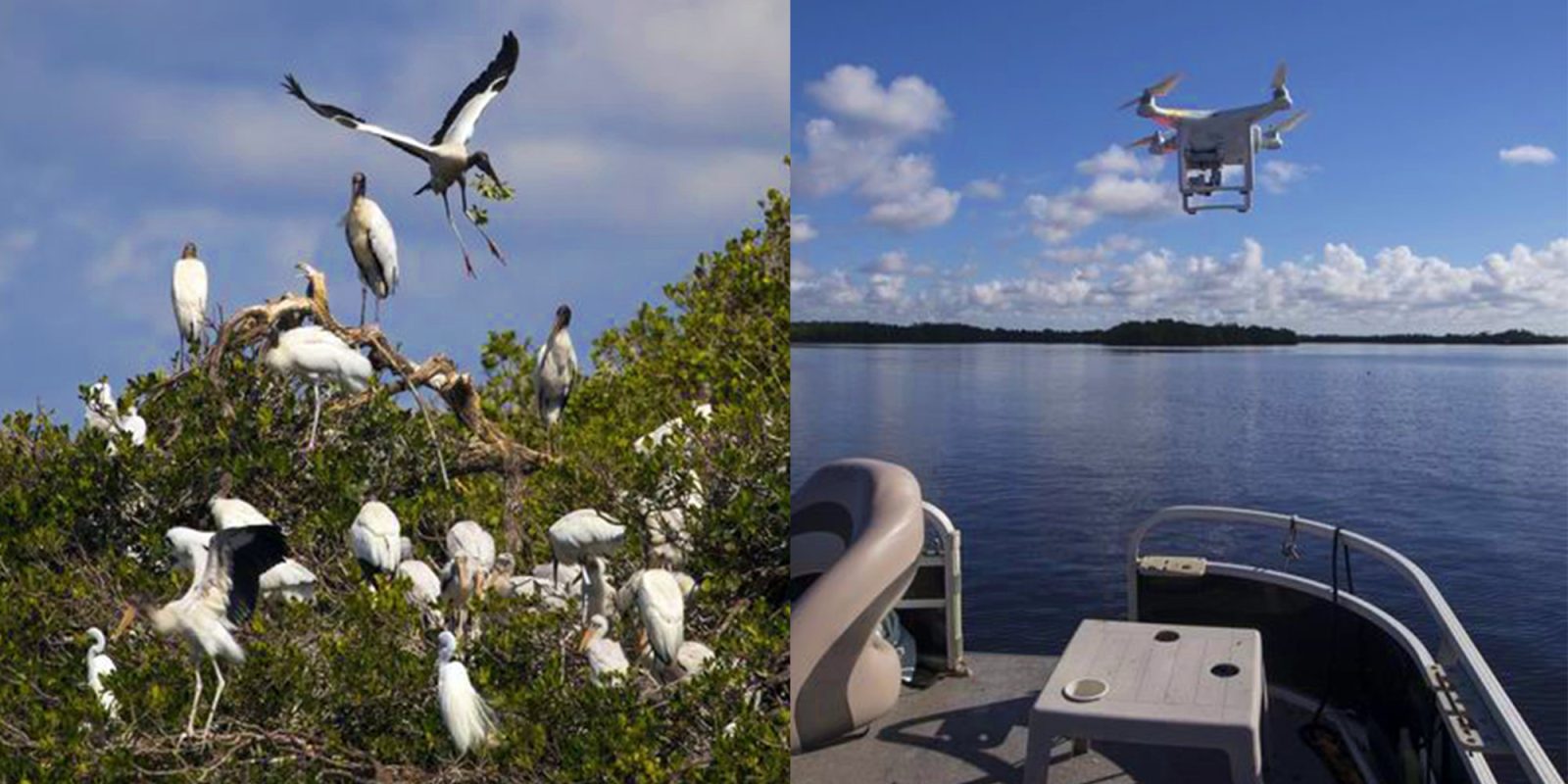 More and more wildlife researchers and scientists are turning to drones to observe animals. Drones are in almost all cases a safer and more affordable option to observe wildlife. Ecologist and FAA certified drone pilot from Fort Myers, Church Roberts recently used his drone to study the rookery on little Lenore Island, on the Caloosahatchee River in Florida.

Drones can be far less intrusive

Roberts received a grant from the Charlotte Harbor National Estuary Program to fly his drone and capture aerial footage of wildlife, which will also be used for wildlife education and policy proposals. To help Roberts get to the areas for his studies, Audubon of the Western Everglades provided a boat and skipper free of charge.

Traditionally ecologists would try and find a good vantage point to observe and count a flock of birds using basic tools like binoculars. A more effective way was to photograph the animals from an airplane or helicopter but that comes at a much higher cost and can also disturb the animals. Again, drones have proven to be a very helpful tool when it comes to observing wildlife as it is less expensive, safer, creates less of a disturbance and provides high-quality aerial footage.

“Surveying nesting activity is important not only for protecting the birds and their habitat but also for the fish and waters they rely upon,” said Jennifer Hecker, CHNEP executive director as reported by News-Press. She continued to say that if drones are used responsibly “they are far less intrusive and less likely to cause disturbance” than boat-based surveys where spotters must fight the temptation to get too close.

Pete Quasius, the Lee-County-based Audubon lobbyist who’s accompanying Roberts and the drone to the rookery islands said about the drone: “The birds just ignore it.” Meanwhile, the drone provides high-resolution images and video footage that can be later used to accurately count the number of birds and nests. The drone can also access areas inside the mangroves that are not accessible by boat. On a second drone-survey, Roberts photographed wood storks, roseate spoonbills, and great egrets.

“What we saw this year was pretty phenomenal, compared with years past,” Quasius said.

After a number of bad nesting seasons, the white ibis, wood storks, great egrets and other wading birds in the Everglades started to rebound in 2017. According to South Florida Water Management District’s annual wading bird report that recently came out, many of the birds produced some of the healthiest nests in a decade. However, the report also showed that as a result of the disappearing shallow wetlands near the Big Corkscrew Swamp and coasts of southern Florida other wading birds were still struggling.

The studies of the nesting success of wading birds are important as they are considered to be among the best indicators of the overall health of the water eco-system. Once the drone date captured at Lenore Island has been analyzed, the results will go into a public database.