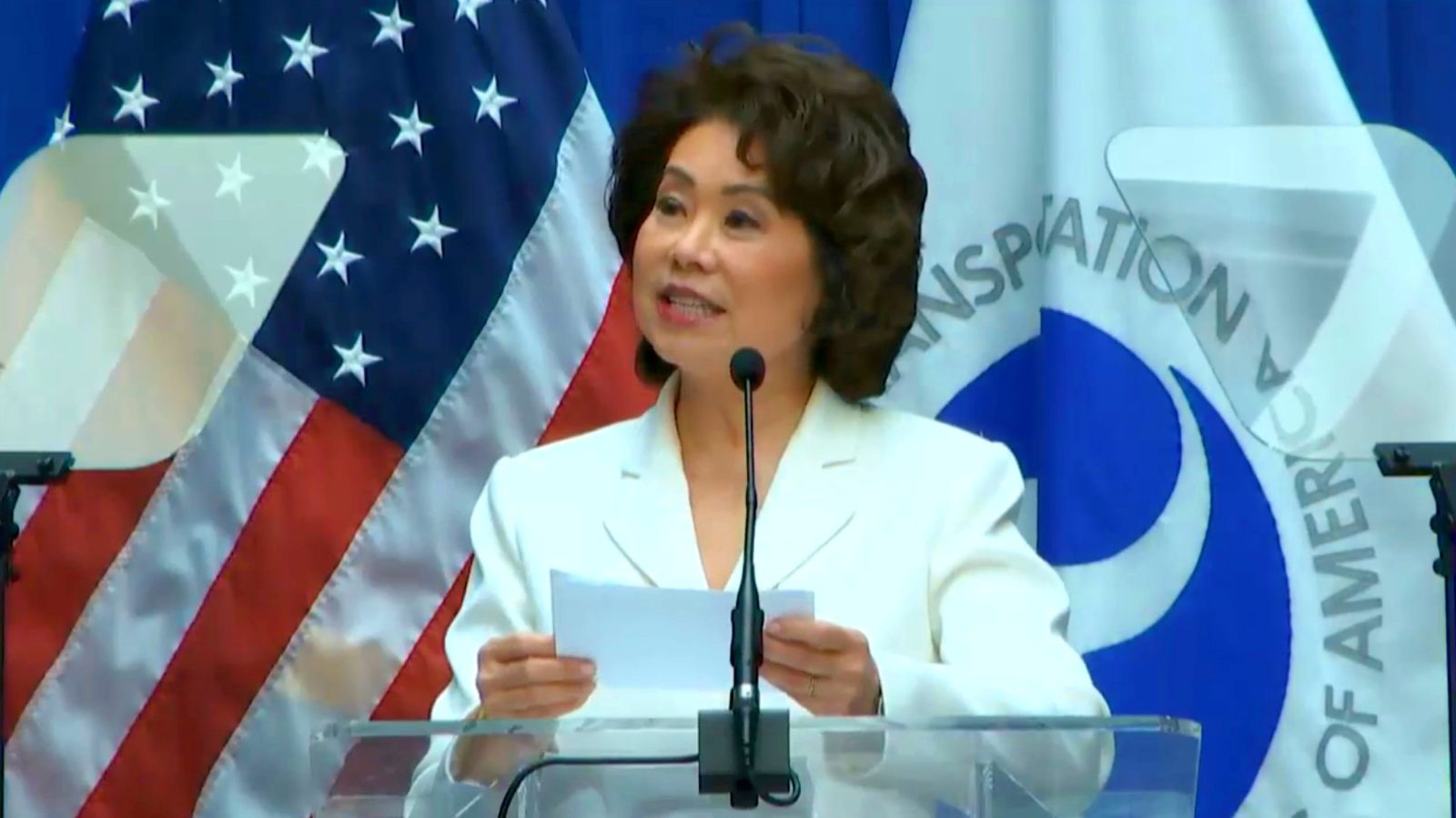 Today, Secretary, Elaine L. Chao of the Department of Transportation announced the 10 applications that have been selected to start as part of the UAS Integration Pilot Program, that was introduced by President Trump late last year. Reportedly 200 businesses submitted a total of 149 applications for the program. Initially, only five applications were going to be selected as part of the UAS IPP, but because of the strong interest from states, local governments, tribes, and businesses around the country that number was increased to 10. Furthermore, the Federal Aviation Administration (FAA) has said that the agency will work with the other applicants to “operationalize their proposed projects.”

The 10 successful applications of the UAS Integration Pilot Program are listed below and cover many parts of the country as well as a large variety of drone applications. However there is a good chance that we will see more drone test programs come alive over the next few months as Earl Lawrence, director of the FAA’s unmanned aircraft systems integration office, told a Senate panel on Tuesday according to Reuters that many of the other projects “could go forward under the FAA’s existing rules, including with waivers where appropriate.” and that the “FAA will be reaching out to other applicants, as well as interested state and local authorities, to provide additional information on how to operationalize their proposed projects.”

PROPOSAL DESCRIPTION: The proposal focuses on agricultural, public safety and infrastructure inspections, with planned Beyond Visual Line of Sight (BVLOS) operations over people and nighttime operations.

PROJECT HIGHLIGHTS AND BENEFITS: The proposal highlights plans to invest in mobile ground-based detect and avoid radars and advanced weather infrastructure. The awardee, along with partners CNN and the Green Valley Farms Living Laboratory, has an aggressive 90-day schedule for high-profile Extended Visual Line of Sight (EVLOS) and night operations. The data obtained from these operations will be broadly applicable, and could extend to a wide range of operations and geographical locations.

PROPOSAL DESCRIPTION: The proposal focuses on border protection and package delivery of food, with a secondary focus on international commerce, Smart City/autonomous vehicle interoperability and surveillance.

PROJECT HIGHLIGHTS AND BENEFITS: The awardee will conduct UAS operations and examine new technologies not in use today by leveraging its indoor testing facilities and various drone landing stations and ports. The proposal would employ a variety of available communications technologies, including 5G test networks and the 4G LTE cellular network and AT&T’s national first responder network authority (FirstNet.) These UAS operations will provide solid data to improve UAS specific ID & Tracking systems, necessary for UAS integration into the National Airspace System.

PROPOSAL DESCRIPTION: The proposal seeks to facilitate package delivery in rural and urban settings. Its includes the use of enabling technologies such as detect and avoid, identification and tracking, radar systems, and mapping tools.

PROJECT HIGHLIGHTS AND BENEFITS: The awardee seeks to leverage existing expertise through partnerships with the Virginia Tech UAS Test Site, NASA, and stakeholders with cyber security expertise. Data obtained through these diverse operations and varied operating environments will provide significant, scalable benefits to the agency and industry.

PROJECT HIGHLIGHTS AND BENEFITS: Operations will use a range of technologies, such as detect and avoid, ADS-B, satellite communications and geo-fencing. The program will use existing in-state resources such as fiber optic networks and UAS Traffic Management (UTM). The awardee has a robust community involvement plan that supports the diverse operations that are planned.

PROPOSAL DESCRIPTION: The proposal focuses on the inspection of FedEx aircraft and autonomous operations that support airport operations such as perimeter security surveillance and package delivery. Proposed operations include working with a UTM concept that would also work with manned air traffic.

PROJECT HIGHLIGHTS AND BENEFITS: Teaming with FedEx and Agricenter International, the awardee would support an integrated environment of urban, airport, private property and farmland that would yield an estimated $500 million annual benefit to the economy. Data collected would not only serve UAS, but work with normal air traffic truly advancing integration.

PROJECT HIGHLIGHTS AND BENEFITS: The proposal seeks to operate over human beings, beyond visual line of sight and at night, and seeks to use a variety of technological tools to enable these advanced operations. Tools include ADS-B, detect and avoid technologies, UTM and radar technologies. The data collected from these diverse operations will significantly enhance safe UAS integration into the National Airspace System.

PROPOSAL DESCRIPTION: The proposal includes a wide variety of diverse operations that incorporate advanced technologies that seek to expand UAS operations at night and Beyond Visual Line of Sight. The proposal will focus on data from four criteria: external systems, aircraft system technologies, training requirements, and processes and procedures.

PROJECT HIGHLIGHTS AND BENEFITS: Operations will be in multiple types of airspaces ranging from rural to urban areas. Working with experienced UAS research partners will lead to scalable operations for a multitude of UAS industries including linear infrastructure inspections, crop health monitoring, and media reporting and emergency response.

The City of Reno, NV

PROPOSAL DESCRIPTION: The proposal focuses on the time-sensitive delivery of life-saving medical equipment, such as medical defibrillators in emergency situations in both urban and rural environments.

PROJECT HIGHLIGHTS AND BENEFITS: The awardee will integrate additional infrastructure such as radar and weather data in order to expand the UAS capability so it could save up to 28-34 lives per year, using one drone in a three-mile city radius. This proposal considers a nationwide scalable model for medical delivery operations and has several commercial medical partners.

PROPOSAL DESCRIPTION: The proposal’s primary focus is pipeline inspection and surveying in remote areas and harsh climatic conditions, but it has proposed a broad range of other types of operations in urban and rural areas, ranging from public safety to UAS detection. 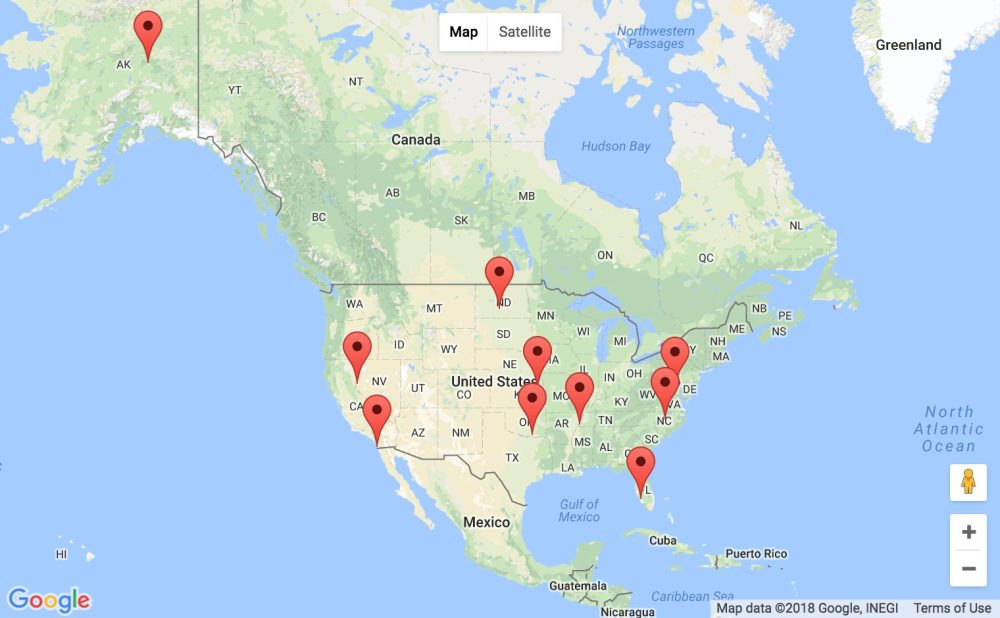