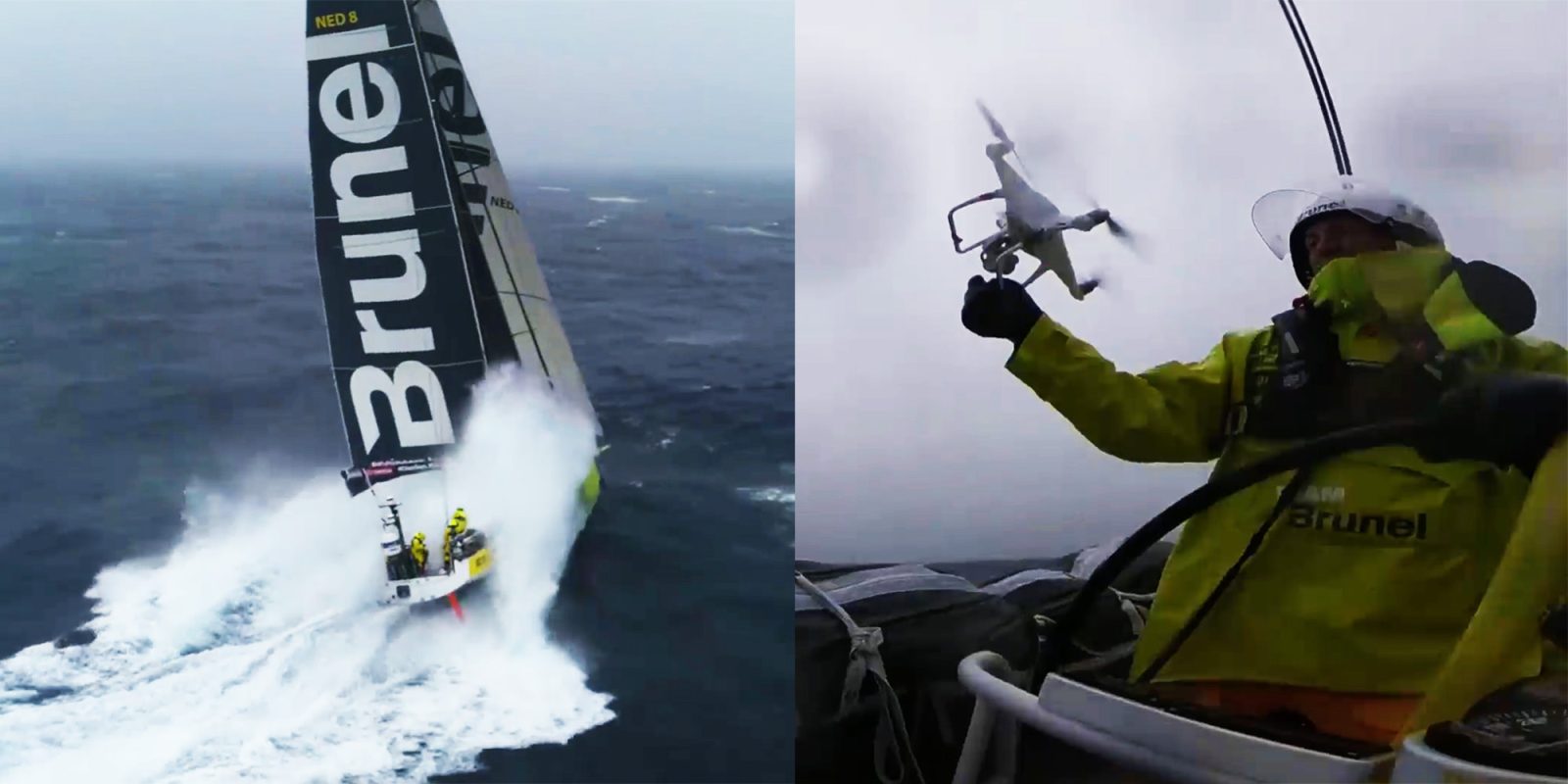 Day 5 of Leg 9 of the Volvo Ocean Race has been one of record-breaking sailing. Both Team AkzoNobel (Dutch) and Team Brunel (Dutch) broke the 600 mile barrier in 24 hours. A feat that up until now had never been achieved with a sailboat. To capture spectacular footage and photos Team Brunel flew their DJI Phantom 4 drone in 30 knots of wind. Check out this video and the landing of the drone afterward. Simply amazing!

How to land your drone

In high wind conditions, on a boat that is surfing down and crashing through waves, Team Brunel thought it was a great moment to fly their DJI Phantom 4. I couldn’t agree more. What better way to capture and convey the speed and the general sailing conditions than with some amazing aerial drone footage. And as if the launch and flying of the drone, under those circumstances, isn’t hard enough, what do you think about getting the drone back on board?

After the gimbal started to malfunction as a result of the conditions, onboard reporter, Sam Greenfield flew the drone back to the sailboat, which considering the speed of the boat, the waves, and the wind is no small feat. He tried to grab the drone but missed, at which point Kyle Lanford, grabs the DJI Phantom 4 out of the air while driving the boat! Insane! Check out the video below to see it for yourself, but I’m pretty sure this must qualify as one of, if not the, most spectacular hand-caught drone landing of this year!

Btw: this is not the first time we have seen Team Brunel turn to drones to get amazing footage. 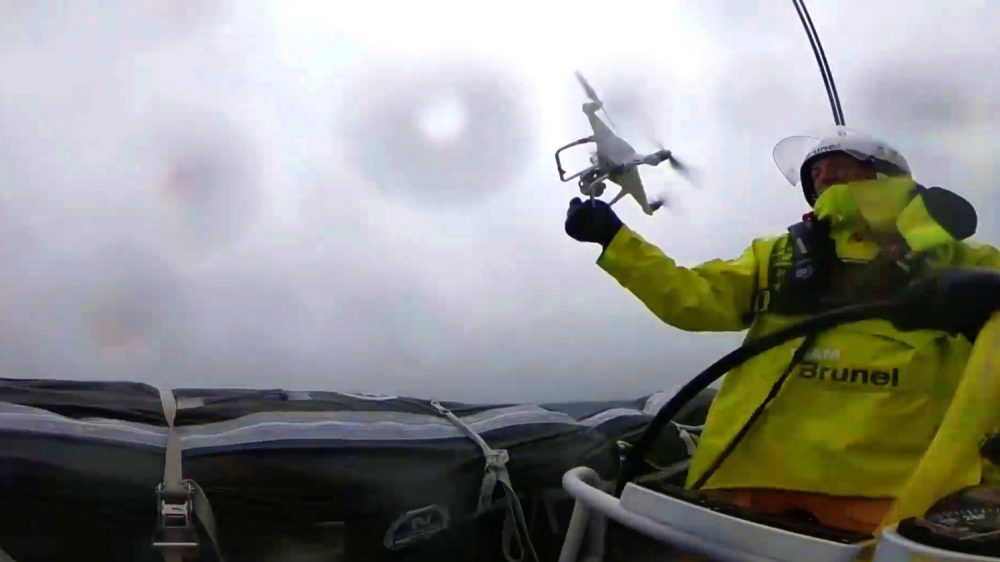 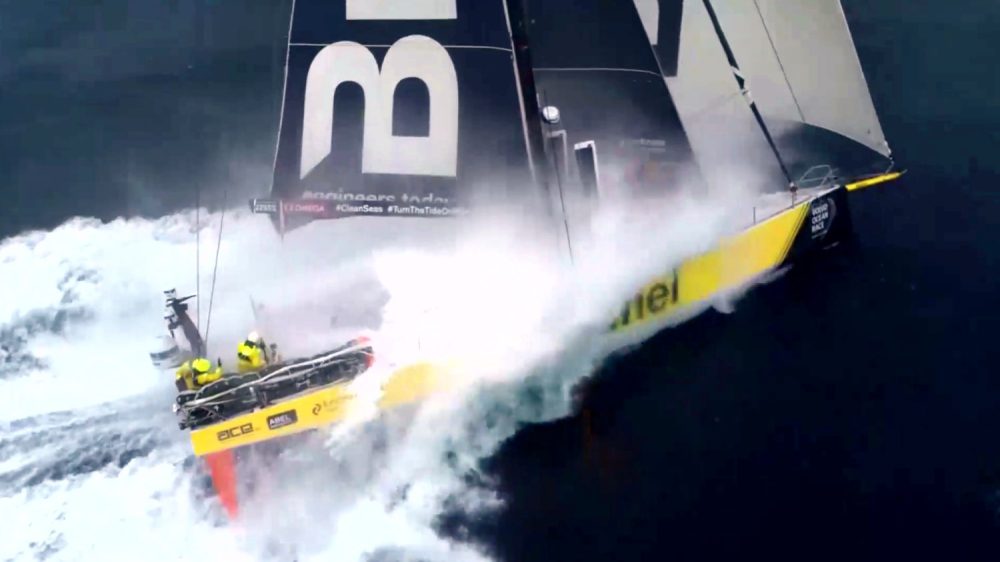