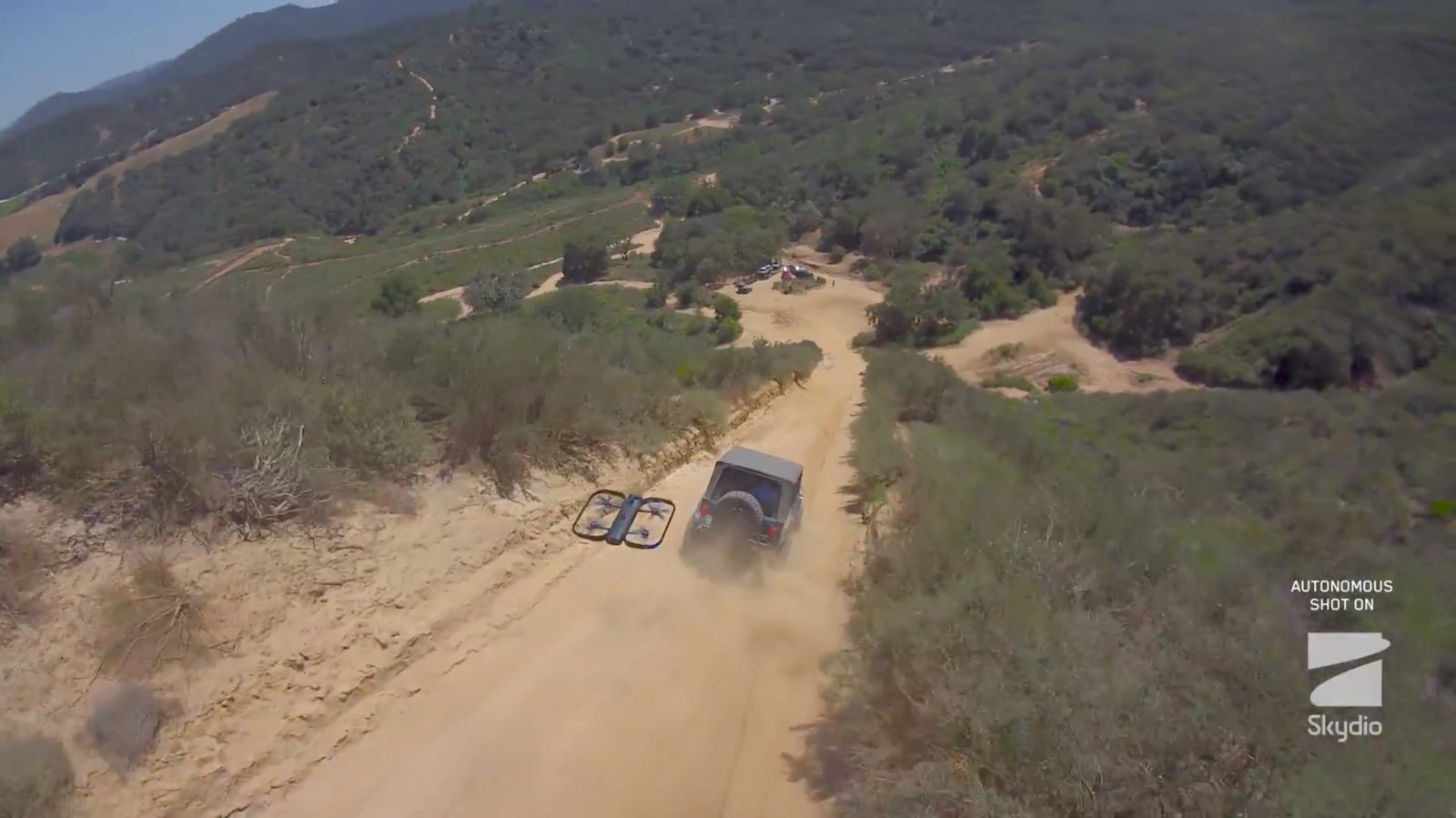 Skydio released their fully autonomous flying R1 drone earlier this year and their unmanned aircraft has surprised may drone enthusiasts. The way the R1 drone is able to avoid obstacles while following you is simply unreal. I had the chance to try it out a number of times now and it truly is impressive. Today, Skydio releases their first major software update for the R1. They have added the ability for the drone to follow vehicles, which I think is a very valuable addition for when you want to show off your adventures. Of course, keep in mind that this is not meant for the public roads! Skydio also added four new cinematic modes and improved the ‘lead’ mode, landing and general user experience of the app. The company promises to keep improving their Autonomy Engine with future updates.

Skydio, the makers of the first self-flying camera, announced today the first major expansion of Skydio R1’s capabilities. With the software update available today, R1 users now have the ability to follow cars and other vehicles. It is perfect for capturing all of the action on your next adventure, from off-road 4x4ing, autocross racing, to following your golf cart on the course – R1 will capture stunning footage autonomously.

“With Skydio R1, cinematography becomes a software defined experience,” says Adam Bry, CEO and co-founder of Skydio. “That means we can regularly  introduce fundamentally new capabilities over time for all existing and future users. The new cinematic modes, including Car Follow, improved Lead Mode, and other improvements throughout the system, are just the first of many software updates for R1 that will unlock new features, built on top of the Skydio Autonomy Engine.”

The Skydio Autonomy Engine sees the world through R1’s 13 cameras, giving it the ability to map and understand the world in real-time, allowing it to be fully autonomous and independently capture footage that once required a Hollywood film crew. Powered by NVIDIA Jetson, a powerful AI supercomputer, R1 runs neural networks that can identify subjects to film. Skydio R1’s new Car Follow feature is the result of training these networks on large datasets of labeled images of automobiles. Car follow opens up completely new use cases for Skydio R1, making it an even more versatile storytelling tool. It is perfect for autonomously capturing automotive adventures that happen off of public roadways.

Skydio’s R1 is available for athletes, adventurers, and creators alike at www.skydio.com in the USA and Canada for $2499 USD.

We’re rolling out a significant SW update for Skydio R1 that unlocks new use cases (filming cars!), improvements to our underlying autonomy, as well as an app re-design that better accommodates our growing set of Cinematic Modes https://t.co/o3YK5nleJB

Founded in 2014 and headquartered in Redwood City, CA, Skydio is a robotics company that makes flying tools that free your hands and mind. Backed by IVP, Playground Global, NVIDIA, Accel and Andreessen Horowitz, Skydio has raised a total of $70 million in funding. The company’s first product, R1, is a fully autonomous camera that flies itself by combining artificial intelligence, computer vision, and advanced robotics into a tool that anyone can pick up and use in minutes.