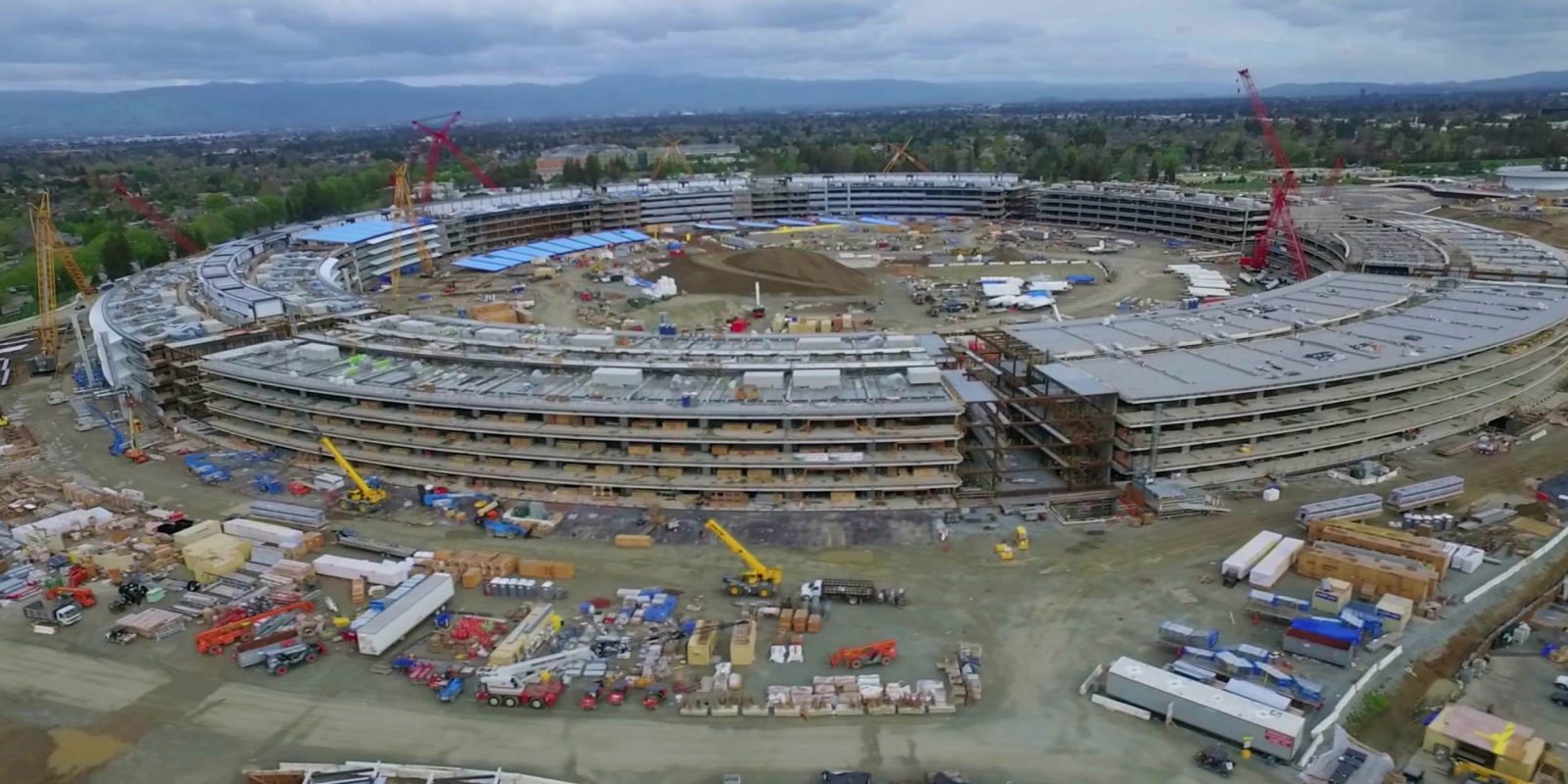 This morning we showed you the latest two drone videos that captured the almost completed new headquarters of Apple, called Apple Park. Later today we were able to conduct a short interview with one of the video makers, Matthew Roberts, who has been documenting the construction since March 2016.

Flying a drone over Apple Park

DroneDJ: Can you tell us a little bit about yourself and how you got started with drones?

Roberts: I operate a drone services provider based in the San Francisco Bay Area. My company Maverick Imagery specializes in real estate orthomosaic mapping. I got my start with drones shortly before I started shooting the Apple Campus. I bought a couple cheap drones and learned some tough lessons with those and finally invested in a DJI Phantom 3 after getting accustomed to flying.

DroneDJ: When did you start flying your drone over Apple Park?

Roberts: I started shooting Apple Park in March 2016. In the early stages of construction, the entire property was surrounded by a very tall green barrier which was reminiscent of a Jurassic Park movie. It created a lot of intrigue and wonder in regards to what was behind that wall and I thought a drone would be a great way to find out.

DroneDJ: When you fly over Apple Park do you fly as a hobbyist or as a commercial drone pilot using a Part 107 license?

Roberts: I am flying commercially and have a 107 license.

DroneDJ: Does Apple security ever trouble you when you are flying your drone over the building?

Roberts: I’ve never interacted with Apple security directly. I have run into other security on occasion though.

DroneDJ: Do you know if the crashed drone was ever returned to the original owner?

DroneDJ: Which one is your favorite Apple Park drone video?

Roberts: I don’t think I have one favorite but something that sticks out to me was the giant pile of dirt and it was truly amazing to see how tall it got and how they reused all that dirt in other parts of the campus.

DroneDJ: Why do you take done videos of Apple Park?

Roberts: I do it because I am passionate about drones and a small part of me is an Apple fanboy so that adds to my interest in the entire project. This is such a large and unique project and it’s fascinating to see it all come together.

DroneDJ: Do they help you promote your Maverick Imagery business?

Roberts: They do help promote my business, Maverick Imagery. When I first made these videos I had no idea how much attention they would get and it seemed like a great way to take advantage of the publicity I’ve been getting.

DroneDJ: Do you live close to the Apple Park location?

DroneDJ: What do you do in terms of post-processing the footage?

Roberts: In most of my videos I’ll do a small amount of exposure corrections and some mild color correction to give the video a bit more of a vivid look.

DroneDJ: Have you ever lost a drone over Apple Park?

Roberts: I’ve never lost a drone or run into any issues while flying over Apple Park.

DroneDJ: Thank you for the interview, Matthew and keep those drone videos coming!

If you’d like to stay up to date with all the latest drone news, scoops, rumors and reviews, then follow us on Twitter, Facebook, YouTube, Instagram or sign up for our email newsletter DroneRise, that goes out every weekday morning at 6 am.
If you’d like to help us grow, you can buy your next drone through one of the following links directly from manufacturers, such as DJI, Parrot, Yuneec or retailers like Amazon, B&H, BestBuy or eBay. We will make a small commission and it will not cost you anything extra. Thank you!
You’re reading DroneDJ — experts who break news about DJI and the wider drone ecosystem, day after day. Be sure to check out our homepage for all the latest news, and follow DroneDJ on Twitter, Facebook, and LinkedIn to stay in the loop. Don’t know where to start? Check out our exclusive stories, reviews, how-tos, and subscribe to our YouTube channel.