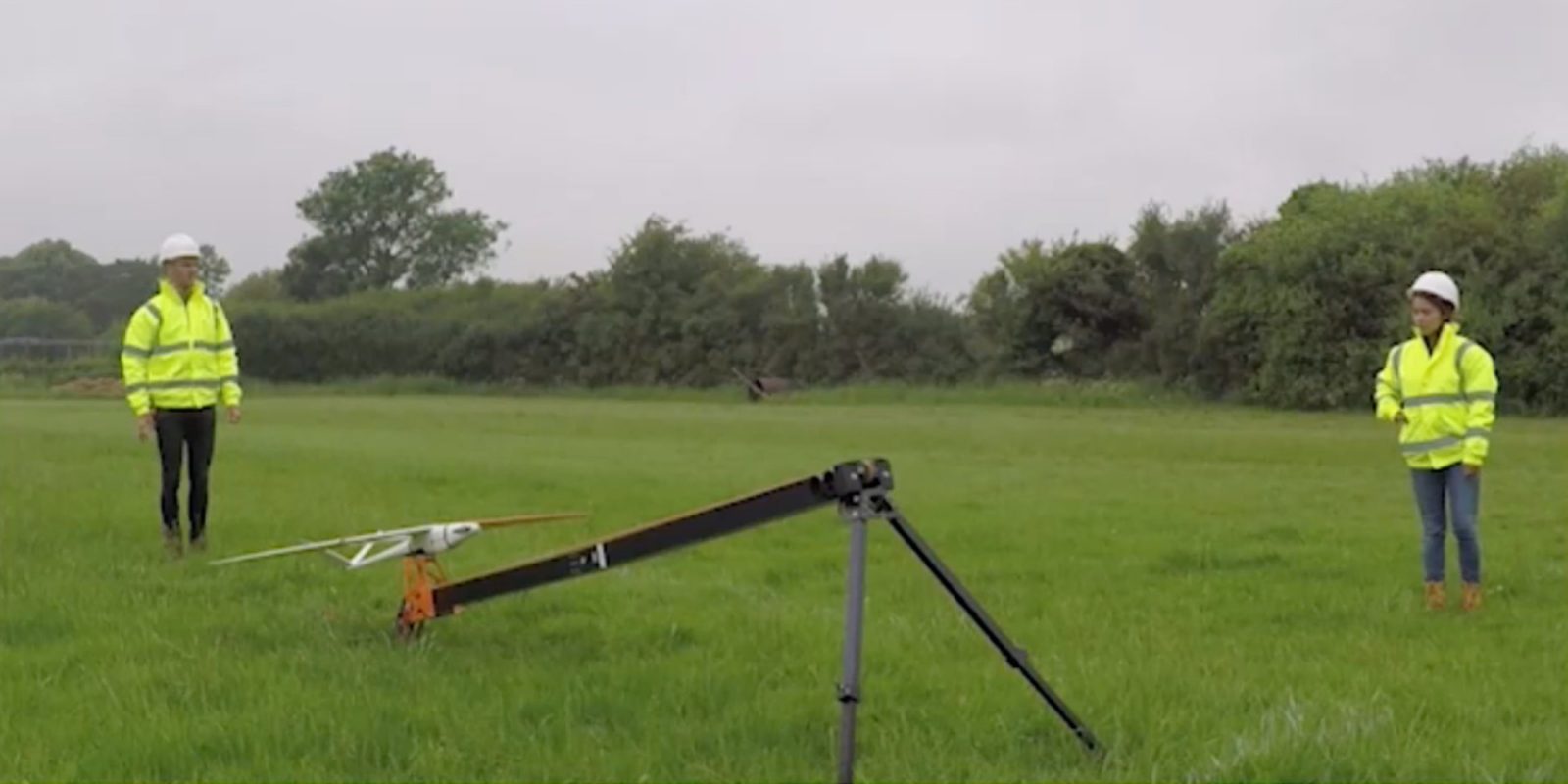 Earlier today SenSat, the UK’s largest drone data provider, broke the country’s record for the longest beyond-visual-line-of-sight (BVLOS) drone flight as their fixed-wing unmanned aerial vehicle flew more than 7.5 miles (12km’s) over land. The UK’s Civilian Aviation Authority (CAA) had created a temporary danger zone, which is an airspace that other aircraft are not allowed to enter, to safely conduct this record-breaking test.

SenSat’s team had been preparing for today’s test for more than two years making sure that all safety procedures are in place and tested. Their fixed-wing drone was launched from a catapult earlier today when it took off on its record-breaking BVLOS flight of more than 7.5 miles.

The drone’s batteries provide power for about 120 minutes, but this flight took around 40 minutes only so there was plenty of juice left. The weather conditions were just about perfect for today’s flight with very light winds. SenSat’s drone can fly with wind speeds of up to 12 m/s (almost 27 mph).

the UK’s Civilian Aviation Authority (CAA) had created a special danger zone area for the test to take place, meaning that no other aircraft was allowed to enter this airspace during the test. During the flight, the drone made some turns to gain elevation as it navigated the landscape.

The fixed-wing drone used by SenSat has used a PPK GPS system, which stands for post-processing kinematic system as it provides much greater accuracy (up to tens of millimeters) although during the flight regular GPS was used.

The test was broadcasted live on YouTube and can be watched here.