DJI would like you to “See The Bigger Picture” on July 18th – Possible Mavic Pro 2 announcement? [video] 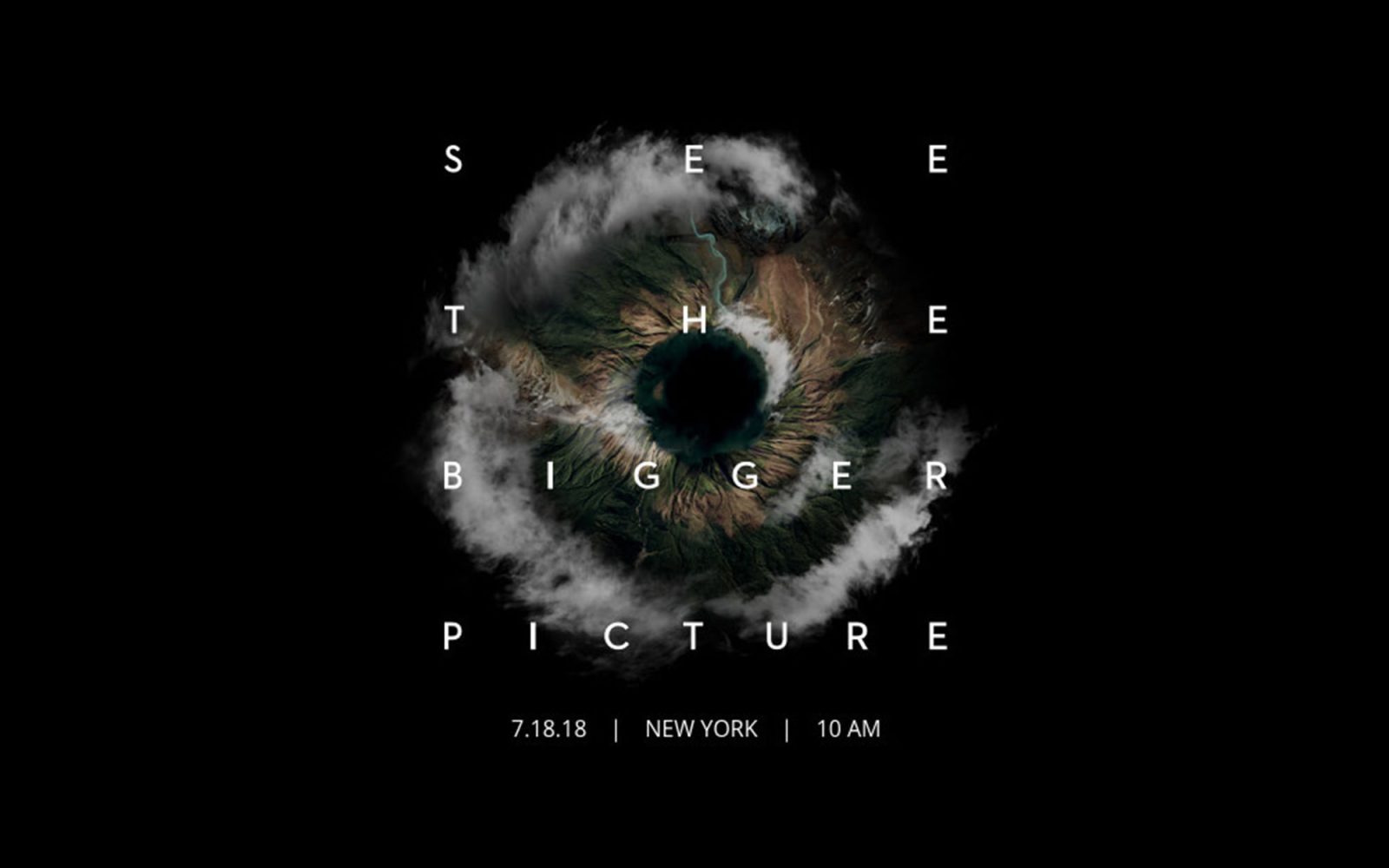 Chinese drone-maker DJI just sent out an invitation to the press to come and “See The Bigger Picture” on July 18th at 10 am in New York. The invitation was sent by email and contained a top-down aerial photo that seems to show a mountainous area with trees, a river and possibly a lake in the center. Toward the outer edges of the circular image you see clouds and then it fades into black. There is no indication if this photo is from an actual location and/or how much of it may be photoshopped. The image also has a resemblance of an eye (iris and pupil), which nicely ties back into their slogan: “See The Bigger Picture”, which is superimposed over the photo. Like with previous announcements from DJI, it is hard to get much information out it, but I think it is safe to say that DJI will almost certainly be announcing a new consumer drone this summer with an emphasis on image quality. Possibly the new Mavic Pro 2 drone.

Prior to DJI’s media event in New York on July 18th, there will also be a small media preview event on July 11th for which DroneDJ has been invited. Obviously, we are very excited to be part of that, although it will also mean that we will be prohibited to disclose any information about what we have seen until the official release later in July. So, unless we can find out before the 11th, don’t expect us to lift the veil on DJI’s new drone in the days before the official announcement as we were able to do with the Mavic Air earlier this year.

What do you think DJI will show on July 18th? A new Mavic Pro 2 or the Phantom 5? Take the poll below and let us know. Also, we are curious to hear what you see in DJI’s photo. Let us know in the comments below.