Drone tow-in surfing with a foil board 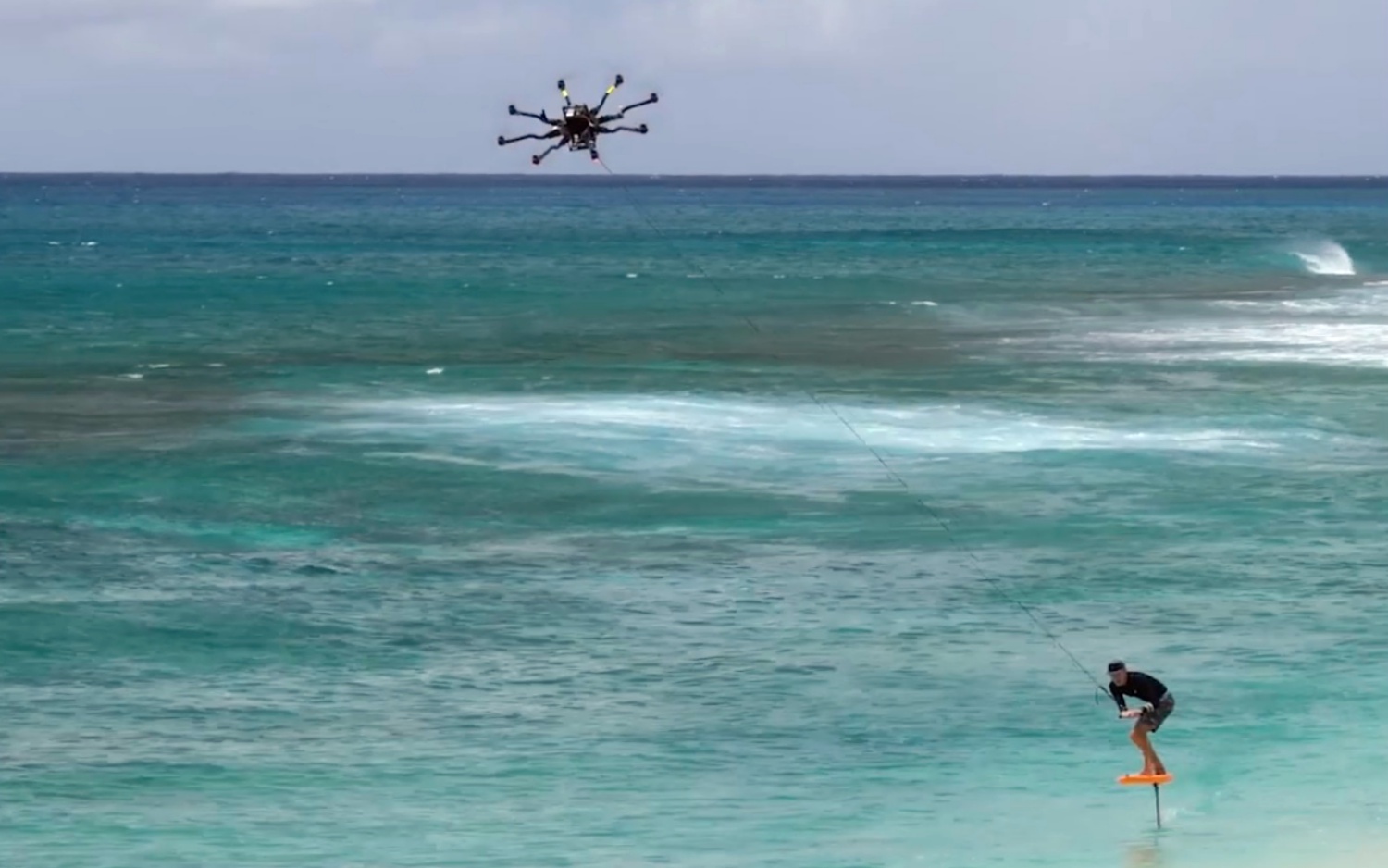 One of the latest and possibly biggest trends in water-boardsports is foiling. Years ago sailors already experimented and raced with the little moth sailboats outfitted with foils. However, during the last few years, we have seen foils being mounted under pretty much anything from windsurf-, surfboards to standup paddleboards and kiteboards. The only thing we hadn’t seen yet is a surfer on a foil board being towed-in by a drone. Until now.

In the past, we have seen other videos of people being towed by drones. For instance, this video of Casey Neistat dressed up as Santa or this guy drone-surfing on a skimboard. However, drone tow-in foil surfing is something we haven’t seen before.

Sterman Aerials posted this video on Facebook where you can see a surfer on a foil board picking up a waterski line from a Freefly Alta 8 drone and being pulled along into another wave. Waves generate enough power to paddle into and get foiling. Once you are foiling you can keep going for quite some time by pumping the board as you can see this person do in the video. This is how he is able to grab the line from the drone.

“Using my Freeflysystems Alta 8 to tow Makai Creative while foiling. This was just a test run to see if it could work, now that we know it does, we will be putting out a more detailed video. Hope you all enjoyed us goofing around.”

Will this be the beginning of a new trend? Maybe, but it doesn’t seem likely. Typically jetski’s are being used for tow-in surfing at big wave locations such as Nazarre, Jaws or Mavericks. Drones with their limited flight time seem less suited for the job but as the video below shows, it can be done!