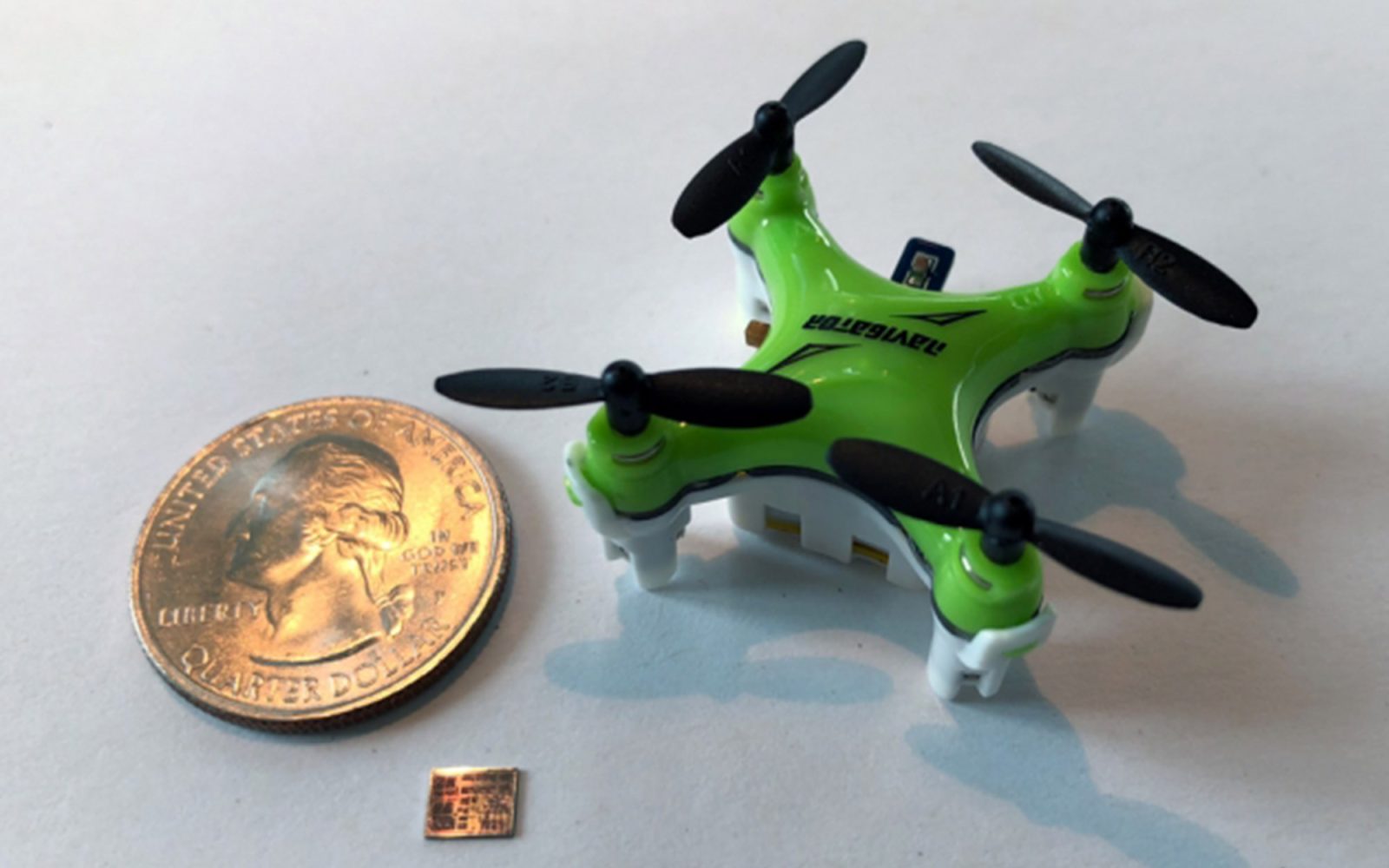 A team of MIT researchers has built a fully customized chip from the ground up. They focused on developing a chip with reduced power consumption and size while at the same time increasing its processing speeds. The new chip design will allow drones the size of a honeybee or so-called nano-drones to determine their location and navigate obstacles during flight.

The new chip is quite a breakthrough. It only uses 24 milliwatts of power, which is about one-thousandth of the energy required to power a typical light bulb and it is able to process images up to 171 frames per second in real time. According to MIT News, the researchers say that this new chip design can be built into ‘nano-drones’, which are about the size of a fingernail and will enable them to determine their location during flight and navigate obstacles in close quarters situations where GPS data might not be available. Karaman, who is a member of the Laboratory for Information and Decision Systems and the Institute for Data, Systems, and Society at MIT said:

“I can imagine applying this chip to low-energy robotics, like flapping-wing vehicles the size of your fingernail, or lighter-than-air vehicles like weather balloons, that have to go for months on one battery. Or imagine medical devices like a little pill you swallow, that can navigate in an intelligent way on very little battery so it doesn’t overheat in your body. The chips we are building can help with all of these.”

The smaller the size of the drone the less battery power it can carry. Since most of the power is used by the motors to fly the device it becomes very challenges for really small drones to have any power left over for operations such as navigation. Karaman continues to explain that:

“In traditional robotics, we take existing off-the-shelf computers and implement [state estimation] algorithms on them, because we don’t usually have to worry about power consumption. But in every project that requires us to miniaturize low-power applications, we have to now think about the challenges of programming in a very different way.”

In earlier work, the researchers Sze and Karaman were able to develop a chip that was using 2 watts of power compared to normal drones that typically use 10 to 30 watts for the same processing. Nano-drones carry about 100 milliwatts of battery power so the team had to find a way dramatically reduc the power consumption of the chip. They were able to achieve that by redesigning the chip from the ground up and optimizing data storage and dataflow. According to Sze, a member of the Research Laboratory of Electronics at MIT, the team found ways to compress the images that are stored on the chip and to reduce the number of extraneous operations such as the computation of zero that results on zero. Sze explained that:

“This allowed us to avoid having to process and store all those zeros, so we can cut out a lot of unnecessary storage and compute cycles, which reduces the chip size and power, and increases the processing speed of the chip.”

Ultimately the team was able to further reduce the power consumption of the chip from 2 watts to 24 milliwatts and still allow the chip to process 171 frames per second. The chip will first be tested on a miniature racecar and later on in nano-drones.