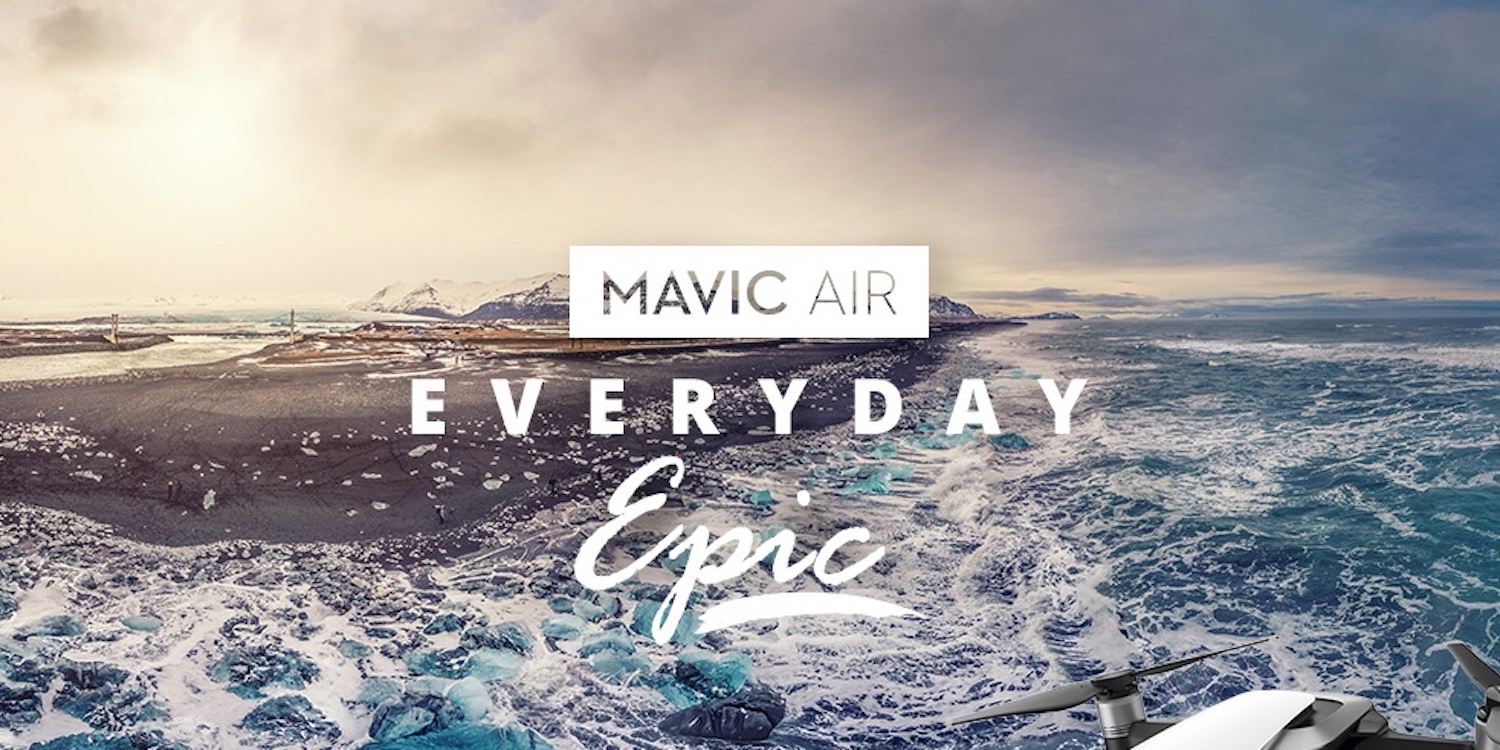 Chinese drone-maker DJI just announced a partnership with TripAdvisor for what seems to be an epic push ahead of their new product launch on July 18th. The campaign is titled ‘Everyday Epic‘ and suggests a list of breathtaking locations just outside major cities in Australia, the USA, Germany, France and the UK that are both easily accessible but also provide the perfect setting for your next travel memory… captured with the DJI Mavic Air for instance.

DJI just boosted their ‘Now it’s Epic’ campaign that they launched on June 21st with a partnership with TripAdvisor. Together they have put together a list of locations right outside of major cities in Australia, the USA, Germany, France, and the UK that form the perfect backdrop for some amazing drone photos that you could take with for instance a Mavic Air.

The drone-making company from China tells us:

“We’ve partnered with TripAdvisor to bring you some incredible locations just outside some of the world’s largest cities that you may not even know exist. Try something new and make your trip epic.”

On a dedicated webpage, TripAdvisor adds to that message by saying:

“You don’t have to travel far an wide for a dose of epic… some of the world’s most amazing natural wonders are right on your doorstep! In partnership with DJI, TripAdvisor presents ‘Everyday Epic’ – a set of breathtaking locations just outside some of the world’s largest cities that are not only highly accessible but also the perfect setting for your next travel memory.”

Together, the companies are urging you to get out there this summer and make memories… and preferably capture them with a drone like the Mavic Air.

One cannot help but think that DJI is making this ‘epic’ push to sell the Mavic Air ahead of their “See the Bigger Picture” product launch on July 18th. Would they think that the ‘new product’ might hurt the sales of the Mavic Air as well?

Rumors are that select retailers have been flying the new product already and we know from conversations with people in the drone industry that some have already signed NDA’s and have been privy to information about the upcoming release. DroneDJ has been invited to a select press and media event in NYC on July 11th, for which we will undoubtedly have to sign an NDA as well. In the meantime, however, we will do our best to see what we can dig up for you.

We've partnered with TripAdvisor to bring you some incredible locations just outside some of the world's largest cities that you may not even know exist. Try something new and make your trip epic.

Do you have plans this summer to travel and capture your memories with your drone? Let us know in the comments below.